Have you ever been to ruins of Uxmal? Have you noticed the many turtle motifs and wondered what kind of a relationship the Mayans had with this particular animal?

The turtle figures prominently in the Mayan Creation Myth, as transcribed from the Popol Vuh. The god of corn, Wak Chan-Ahaw (Translated literally meaning “Risen Master of the Sky”), was also known as Hun Huhnapu the father of the famous twins. Even though he was killed in the story, his sons were able to resurrect him back to life by having him crawl out of the mouth of a turtle. Or, as they put it: “Emerging out of a turtle shell.”

The Atlas-like Maya deity (Pauahtun), who supported the world on his shoulders, is sometimes depicted wearing a turtle shell on his head. Turtles’ shells are also associated with altars in some contexts and the Maize God is sometimes shown emerging from a turtle shell.

The Mayan turtle was associated with water and with the earth. Not only are turtles found in aquatic habitats but their shells seem to have been associated with thunder because of their use as components of musical instruments such as drums. An image in the Codex Borgia depicts a turtle playing a drum. 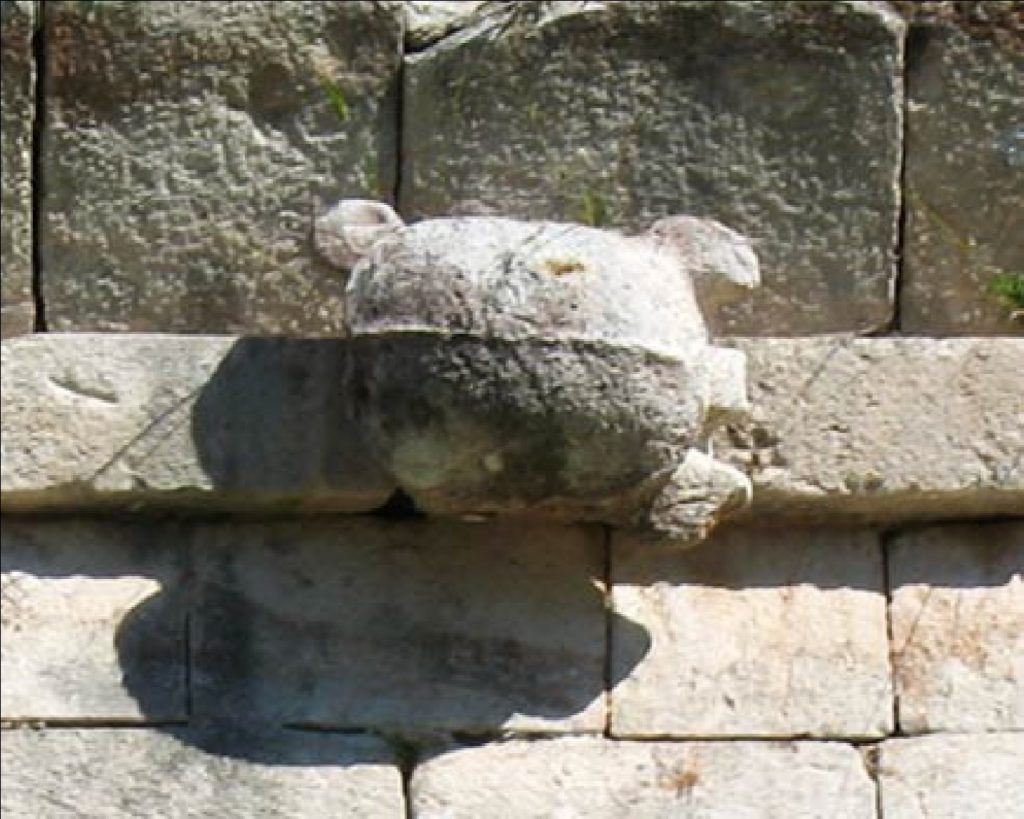 This turtle is located at the Puuc Maya site of Uxmal in the Yu-catán. It’s one of the many turtles decorating the building known, not surprisingly, as the House of the Turtles. The turtles decorate the cornice at the top of the

building at more or less regular intervals. They are realistically rendered, though their shells are decorated with decorative reliefs. The function of the House of the Turtles is unclear but it is obvious that it is an integral structure in the Uxmal complex its central doorways on the north and south are aligned with the archway and central doorway of the major building called the Nunnery.

THE LEGEND OF UXMAL:
In the old and very ancient city of Uxmal there lived a very ancient lady. As old as she was, she still was very adept at being the city’s oracle. However, she was as sad as she was old be-cause she was unable to conceive any children. After planning and asking the gods for a way to remedy this situation, she came to a decision and asked ChicChan life force, bringer of rain, sensual, passionate, primal knowledge of duality, heart expansion] to bring her the shell of a very large turtle. A tiny green dwarf with fiery red hair was born a few months later.

As a thoughtful young man, the dwarf decided to take a large gourd with which he intended to make a kind of rattle. He had heard of a prophesy from his mother that foretold that the new king would come from one who played a similar instrument.

Uxmal’s king had heard of this person and became angry at the thought of someone wanting to take over his kingdom. So he sent for the boy to kill him outright but, as king, he realized that he was in the public’s eye and he just couldn’t have the kid put down. Because he couldn’t let him go either, he challenged him to a test of kingship. 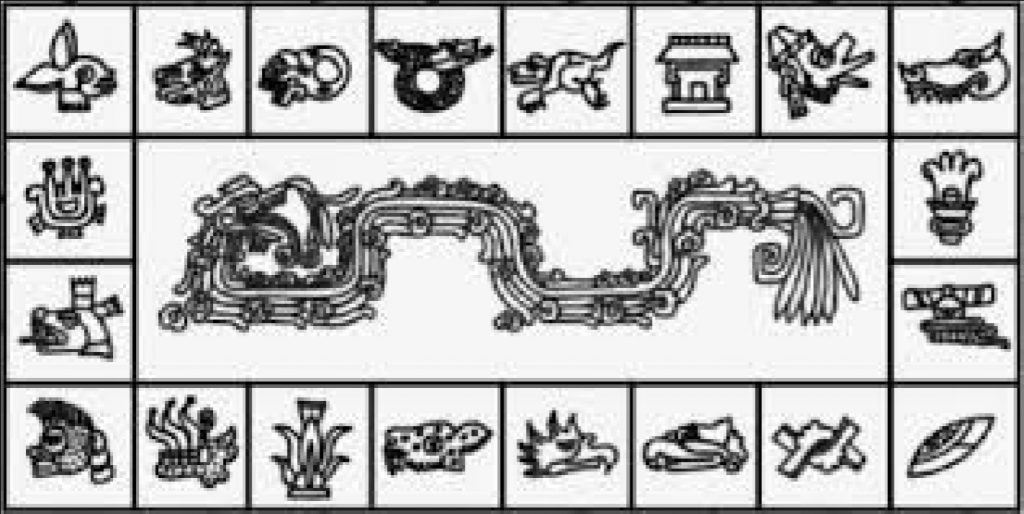 He had developed three tests for the dwarf. For the first test, he asked the dwarf to give him the total number of trees in his palace. The dwarf was quick to reply with the correct answer because he had previously counted them. For the second test, the king told the dwarf to bring a male turkey to lay eggs. Now the dwarf didn’t like turkeys to begin with and knew that he wouldn’t be able to fine a tom to lay eggs.

The next day, the dwarf brought a man with a stomach condition who appeared to be pregnant. His thought was to show that neither were able to lay eggs and just wishing so wouldn’t do any good.

The decision to allow this was pushed off to some judges for arbitration and they gave him points for thought. For the third test, the king ordered the dwarf to place a hickory branch on his head and allow the king to break the branch by swinging a spearhead. The dwarf, fearing deceit, picked the largest branch he could find and let the king have a go at it. Before the king could swing, the dwarf forced the king to accept the same test so that the king could save face as their little contest had started to draw a crowd. The piece of wood the dwarf placed on his head was the largest he could find, and still lift, because he knew that the king was going to swing the spearhead just as hard as he could. The king was finally able to break that branch but it was so large that there wasn’t any way he was going to hurt that dwarf.

This is where the king found himself in trouble. With the dwarf’s branch cut in half, it was unusable and there weren’t any others around anywhere close to the size he needed to be safe. The king died because of his pride and the dwarf was proclaimed king before the sun went down on that day.

As king, the dwarf built the famous temple “The Governor’s House” and a house for his mother which he called “The House of the Elderly Mother.” Both buildings can be seen in the Mayan ruins of Uxmal. 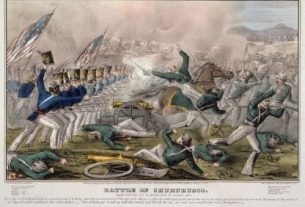 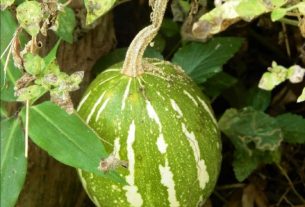 The Truth About Bocce Balls