By Tommy Clarkson from the December 2012 Edition

. . . you know the sort, it may be a brother-in-law, next door neighbor or that particularly irritating high school bully who has gone badly to seed. Recently while flying home, trapped at an altitude of 39,000 feet, one such person sat next to me. The following is a continuation of this experience.

More than a little taken aback (perhaps the greatest understatement I’ve ever made) by my seatmate’s proclivity for one-ups-man-ship, I endeavored to turn the conversation toward something other than his purported, galactic sized, deeds, accomplishments and possessions. I mentioned that a flotilla of full rigged, three-masted ships was in the New York Harbor.

“Ahh yes,” he commenced anew, “I built one from scratch you know. But just a 165 footer,” he said with a false, failed attempt at modesty. “Fell the timber myself in the ancient growth of the northern Canadian wilderness, astraddle one of the larger ones I floated the logs downstream, where I milled and scrapped them for finishing and boring, then bound the planks with wooden Ash pegs. All told, she took nearly 2,000 Oak and 25 Ash trees!

His eyes took on a glazed, unfocused, glow. “But I was particularly proud of my masts,” he continued, “Up forward, her fore mast – the second tallest mast of course – was 94 feet. Her main mast was 112 feet with the mizzen mast a short 82. I considered installing a jigger mast toward her stern but decided against it. But her sails, aye, there was a thing of true nautical beauty! She had a full compliment of Jibs, Staysails, Studding Sails, Spankers and a Gaff Sail. Why when fully outfitted she took nearly twenty miles of sheet,” which I knew to be rope.

All of his braggadocios nature aside, I had to admit that, at the least, he knew a bit – or sounded like he did – about sailing ships. Well, based on the fact that most of what he said resonated as close to factual as I could tell to information I had learned while reading the Patrick

O’Brians’s masterful sea faring classics starting with the “Master and Commander.” And then, almost as if he we’re inside my brain, a curious thing happened. At that very moment, for whatever reason, his speech took on a clipped, accented English sound

“A’hhhh, my good man she was bloody marvelous, jolly good in heavy seas and simply, a cracking good craft! One would have to have been daft not to have loved her. And my mates were a crew of Mohawks from the Kahnawake reservation near Montreal who, like me, of course, have no fear of heights. Well, they were a blooming good crew. Bully, I say, for them, bully indeed!” He paused briefly, then continued, “When he got bladdered on grog, my first mate Chief Bear-Who-Flies-with-Eagles was a bit of cheeky, he was, but could he ever shimmy up a mast!”

“Indeed, all was tickety-boo until I lost her and the entire crew in a Tsunami back in ’93. Starkers, I floated alone in the brimey blue for a fortnight before a tramp steamer found me.” He maintained the lost stare into space for a moment, then slowly shook his head

Accustomed as I had almost become to the bombast, this new linguistic thing and alteration of attitude totally floored me. What had prompted it, why and how? But then, for whatever reason, he appeared to drop the subject

. . . but, I suspect, he was clearly waiting for me to inquire of the “floating alone at sea for two weeks incident. By then, however, I was wising up and didn’t bite!

Though the jet engines roared outside our craft, the unfamiliar silence that hung over us – after the preceding twenty minutes of his non-stop monologue – seemed deafening. But it was not to last long!

“Realizing I didn’t know what to call him I said, “Forgive my bad manners, but what is your name?”

He sat up more erect, his chest clearly puffed out and he replied, “Why I’m Dexter Lowdsworth Smyth, the fourth. Young ‘Five’ and his bride recently present ‘Six’ to us on my sixthiesth birthday. We’re of the Baltimore Smyths and trace the family to Viscount Reginald Lowdsworth Smyth, of his majesty’s court, in the mid 1390’s. But of course, we’re originally British don’t you know. And you, young man (though obviously I was several years his senior) what of you, your family, your lineage?”

Knowing that a character like myself who was a Scotch-Irish-German Midwest mutt, who had no “papers” and not wishing to affect the pretense, I responded “just a plain old farm boy who grew up in Kansas.”

In a condescending manner he answered, “Oh, pity that.” I bit my lip, counted to ten (twice) and, remembering the manners my mother and grandmother had taught me said no more.”

And the “Buckle your set belt sign” from take off was still on. Heck, we’d still not yet even leveled off! How long was this flight going to be I wondered. 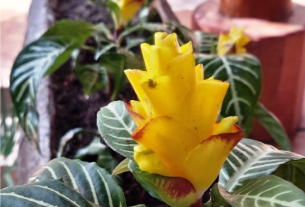