By Terry Sovil from the March 2010 Edition

Sometimes it isn’t a new species in a non-native area but a new material that ends up in places we never intended it to be. Plastic has revolutionized our lives and keeps cost down. If you are like me you visit the market and walk away with plastic bags. You save them because they are useful. When you get too many they go into a larger plastic bag that lines your garbage can. They join the empty plastic squeeze bottle, plastic tops, soda bottles and those dreaded six-pack plastic ring holders. Where does it all go? You might be surprised to hear where a lot of it ends up: The Pacific Gyre or “Plastic Island”.

Have you heard that term? No one lives in the neighborhood, their beach or view isn’t threatened, no shopping close by so there really aren’t many people that visit. So what it is? The Gyre has become a mass of two, separate, swirling plastic garbage dumps that make up the world’s largest landfills right in the Pacific Ocean. Plastic Island: twice the size of Texas and growing! These two areas, collectively called The Gyre, are referred to as Western and Eastern Pacific Garbage Patches.

In the northern Pacific Ocean there is a slow moving clockwise spiral of currents created by wind. This area is like a desert in the ocean with only tiny phytoplankton and not many big fish or mammals. Due to the lack of large fish and the gentle breezes, fishermen and sailors don’t go here. What does go here is plastic, millions of pounds of plastic that is trapped in the currents of the North Pacific Gyre. This link opens fast and the animation shows how this happens: http://oceans.greenpeace.org/assets/binaries/trash_vortex.swf

Studies by the LA Times tell us that plastic constitutes 90 percent of all trash floating in the world’s oceans. Plastic often outweighs plankton by a ratio of 6:1. The world produces about 200 billion pounds of plastic each year with about 10% ending up in the ocean according to Greenpeace. 70% of it sinks, damaging life on the ocean floor. The rest of it floats ending up in gyres or washing ashore.

Estimates are that 80% of the garbage comes from land-based sources and 20% from ships at sea. The average 3,000 passenger cruise ship produces over eight tons of solid waste weekly. The garbage ranges in size from abandoned fishing nets to micro-pellets used in abrasive cleaners. Studies have shown that debris from the west coast of North America get to the gyre in about five years, Debris from the east coast of Asia in a year or less. 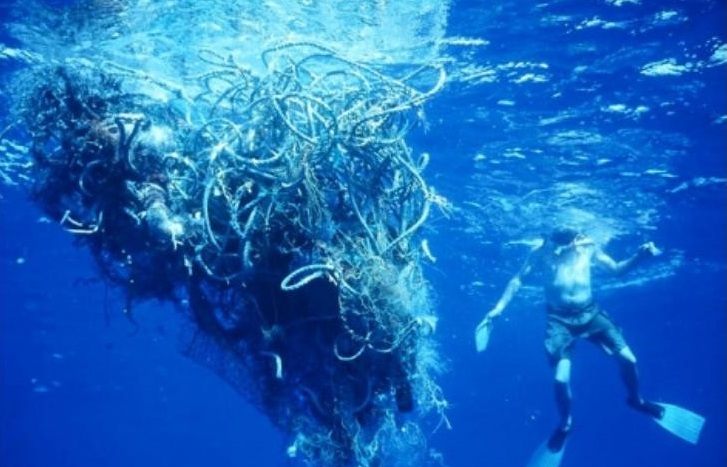 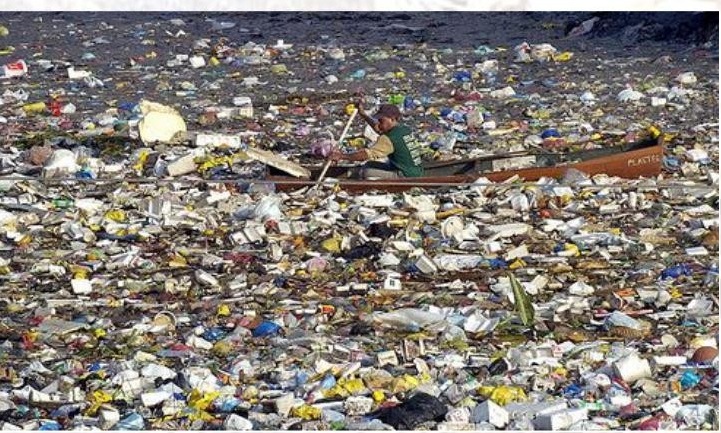 Two Emperors and a President