By John Chalmers from the April 2017 Edition

On February 23, at El Naranjo, a town near Manzanillo, at the casino de el Naranjo, which is an open air 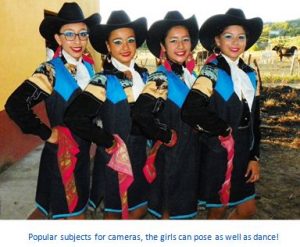 pavilion on the public fairgrounds, a sell out crowd was treated to a home cooked Mexican buffet dinner followed by a lively and colorful performance of a local ballet folklórico group. Comprised of youngsters from six years old to their teens, the enthusiastic group rehearses three times a week on the plaza at Vicente V. Ibarra School in El Naranjo.

Under the direction of its 29 year old instructor, Angel Caro from Manzanillo, the performance was held as a fund raiser to help finance the elaborate costumes used by the dancers. Some three dozen young people, many from the escuela, perform with the group and others dancers come from areas nearby. 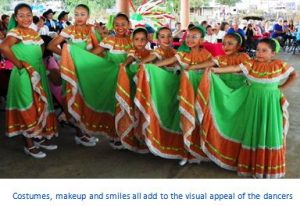 To the audience attending a performance, some benefits of dance are obvious exercise, fitness, skill, teamwork, and enjoying the fun of participation. However, when asked what the members of his dance troupe gain most from participating, Angel replied, “Self-esteem and confidence in themselves. As well, the children are preserving Mexican traditions and culture in the dances they learn so that they will not be forgotten.”

Even the name of the group preserves Mexican culture Tyne beka Ti Kilen. Angel Caro explains, “The origin of the name, Tynebeka Ti Kilen, is one I chose because I studied dance in the city of Tepic, Nayarit. There is an indigenous community there that is called Cora, and the name of my group in their dialect is a tribute to them and that place. Tynebeka Ti Kilen means ‘little dancer’ or ‘the little one that dances.’” 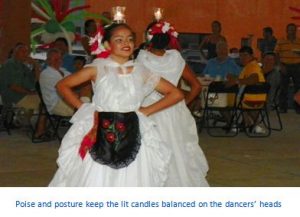 Having studied and taught at post-secondary institutes, specializing in regional dance, Angel now shares his love of dance and tradition with young people in the Manzanillo area. The appreciative audience attending the February 23 performance benefitted from the young people who shared their love of dance. Besides seeing the traditional dances, the audience first enjoyed  a  home-cooked  meal  prepared by  mothers  of the dancers. Starting with a bowl of pozole, among the buffet items were flautas, enchiladas, chiles rellenos and other Mexican dishes, washed down with cerevezas and margaritas. 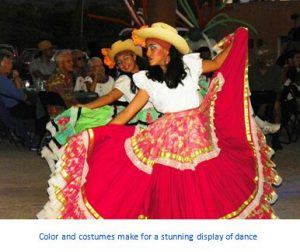 While Spanish is the predominant language spoken in Mexico, some native languages are still in use. Information on the internet indicates that there are five major Cora communities in the state of Nayarit. Cora is a Uto Aztecan language still spoken in some areas. In the Ballet Folklórico Tynebeka Ti Kilen dance group, the name itself is a tribute to Mexican history. For more information, see: http://www.mexicantextiles.com/grouppages/ cora.html.

The evening performance at El Naranjo by the dedicated and enthusiastic young people was a truly Mexican experience steeped in tradition. Their dazzling performance is a credit to themselves for the work they do, and for the quality of instruction they receive from Angel Caro. I am one of the many who hope it becomes an annual event to support the efforts of the wonderful young people of Tynebeka Ti Kilen ballet folklórico. 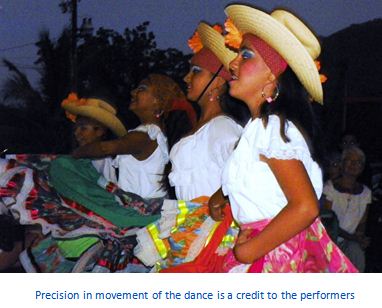 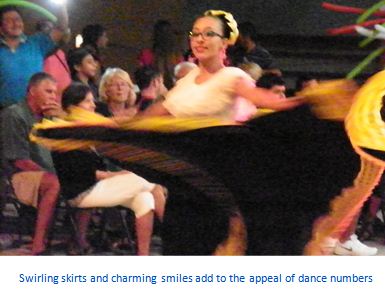 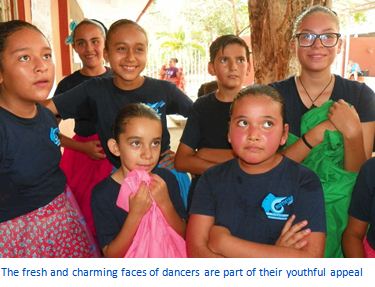 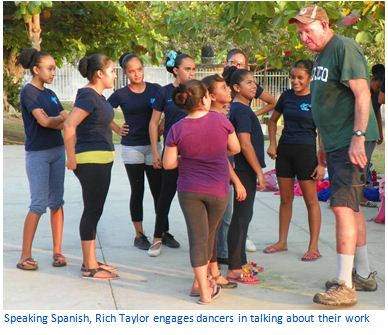 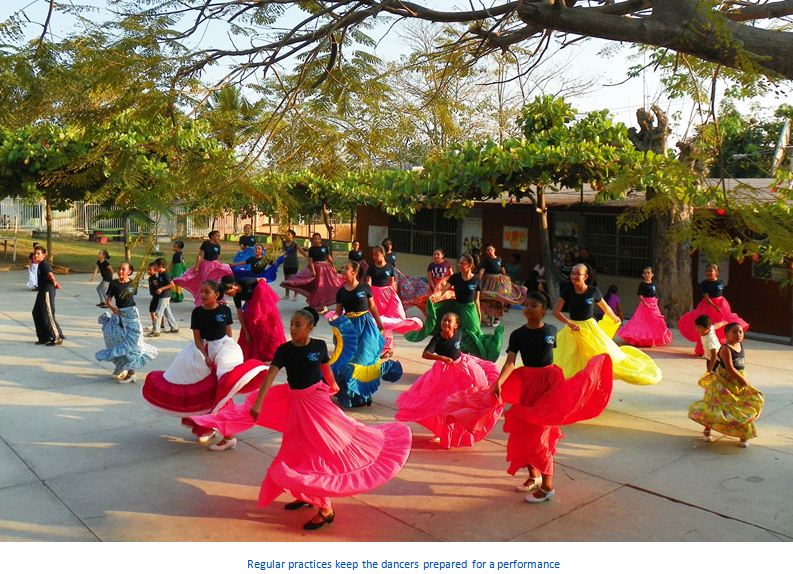 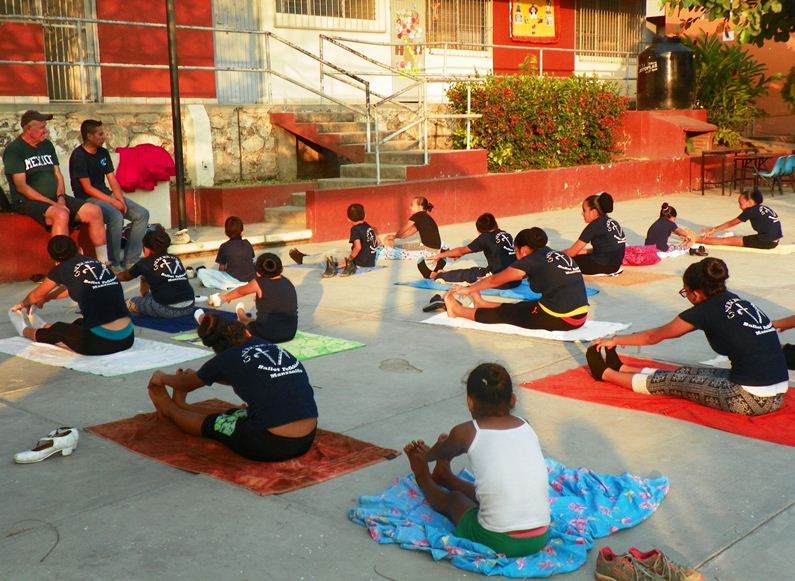