By Terry Sovil from the January 2012 Edition

Mexico gets more than its fair share of media sensationalism. Personally, I get tired of hearing it because the coverage often seems very slanted to me. You rarely see scenes of real life in Mexico; you are more likely to see a border crossing, at night, from a distance.

Don’t you get tired of responding to questions about safety when you tell someone you head to Mexico? Well here are some things you can relay, that have a more positive spin on our new home.

Perhaps a good place to start is security. Are there problems in Mexico? Yes! Are there problems in every other country? Yes! Mexico seems to be singled out because of the drug cartels which make great sound bites. Which city do you think is safer, Mexico City or Washington, D.C.? FBI and Mexican government statistics for 2010 show the drug-related-homicide rate per 100,000 population in Mexico was one-tenth the overall homicide rate in Washington. (Most homicides in Mexico are drug related.) While parts of Mexico are impacted – 80 of the country’s 2,400 “municipalities” or counties have problems – that means that 95 percent of the counties are as safe as the average tourist’s hometown.

One of the problems, from my observation, is that many reporters outside of Mexico don’t realize that the term “Mexico” is used here to reference Mexico

City, not the entire country. Additionally, in the USA we have states divided into counties (not country) and then cities or municipalities etc. Canada has provinces and territories with various types of subdivisions with “county” used by 5 of the 10 provinces. In Mexico the term “municipality” is used to describe a “county”, not a city.

So with that slight nod to security let’s focus on the Real Mexico we see every day but may not fully appreciate.

Let’s explore the key strategic industries in Mexico to understand their behavior in recent years and the trends that are provided for each of them.

Exports of Mexican aerospace industry grew 140% in the last five years (SE). In recent years, Mexico was ranked as the sixth supplier of aerospace products from the European Union (Eurostat) and the ninth United States (U.S. Census Bureau).

1 in 8 cars sold in America are made in Mexico (Bureau of Economic Statistics).

In recent years Mexico was also the second largest exporter of television sets in the world (Global Trade Atlas).

Mexico is the largest producer of organic coffee in the world (SAGARPA-SICD).

The potential that Mexico has for generating wind power is 40 000 MW annually, which would be enough to illuminate Panama for 40 years (Renewable Energy Laboratory U.S.).

Mexico is the third largest producer of silver in the world and represents about 16% of world production of this metal (Statistical Yearbook of the Mexican Mining).

For two consecutive years, Mexico was ranked the best country for retirement (a total of 29 countries), based on the Annual Retirement Index “International Living”.

Two Mexican companies lead the list of top IT companies in Latin America, published by AT Kearney Global Services.

Mexico had a registered population of almost 112.3 million inhabitants in 2010.

Estimates show that in the next three decades, the number of individuals of working age in Mexico will reach 62 million.

According to ANUIES (the Asociación Nacional de Universidades e Instituciones de Educación; translated: Mexican Association of Universities and Higher Education Institutions), more than 790 thousand students are enrolled in engineering and technology programs, representing the largest pool of engineering talent in the Americas. Every year, more than 90 thousand students graduate from engineering and technology programs. This is more than three times the number of graduates per capita in the United States, according to UNESCO.

The Mexican Higher Education System is made up of 2,539 institutions which offer educational services and, of course, international exchange opportunities. 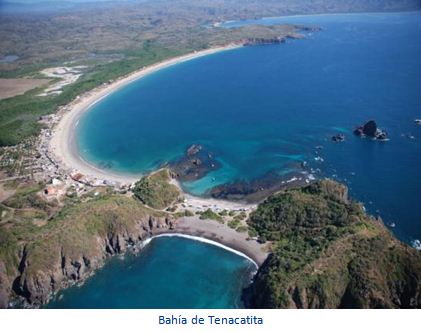