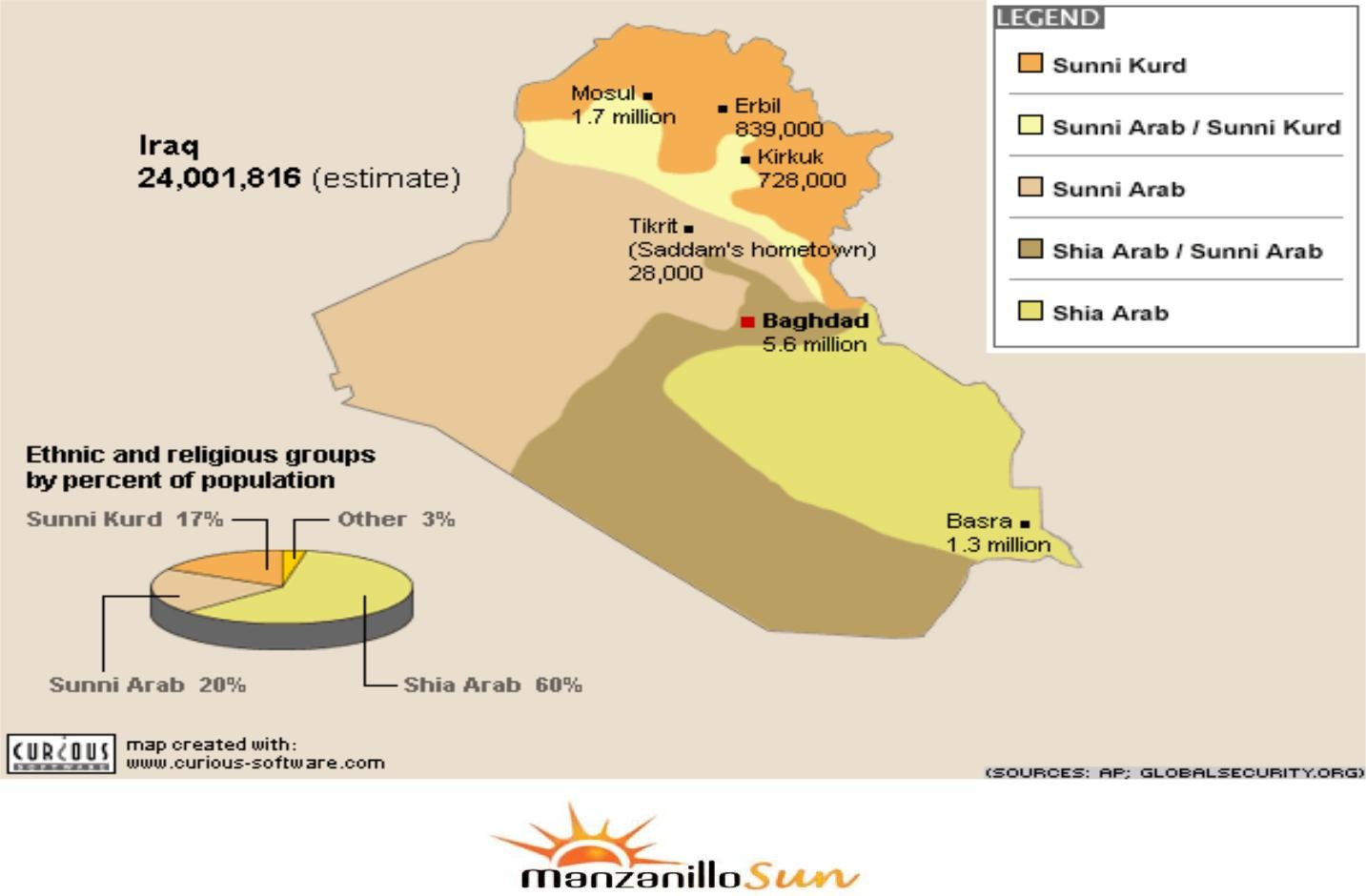 While, in fact, its location is the veritable Cradle of Civilization as we know it, Iraq may be now more thought of as a foul, four letter word. But, if it be a profanity, it is one in which we Americans profoundly share responsibility in creating.

How could such come about? For the answer to that, let’s take a brief look at history of the area over the last century.

Pre-WWI, the residents in that locale lived in reasonably semi-autonomous, self governing areas pretty much as peacefully as war loving humanity seemed capable. With the destruction of the Ottoman Empire in 1914 our cousins, the Brits, were given a mandate by the League of Nations who then combined the three former Ottoman provinces of Mosul, Baghdad and Basra read Kurds in the north, Sunni in the middle and Shi’a down south into what we know, today, as Iraq. (As a harbinger of things to come, Anti-Arab Kurdish rebellions were suppressed on the north.)

In 1927 oil was discovered in Kirkuk and in southern Iraq in 1953. In 1955, the United States enlisted Iraq as a charter member of the Baghdad Pact, an anti-Soviet defense partnership. For the next five decades various revolts, coups and general in-fighting continues throughout the ill conceived State (including a Kurdish armed revolt from 1961 to 1966). In the early 70’s, the U.S. covertly equipped Kurdish rebels in efforts to weaken the Iraqi government.

1972 a Treaty of Friendship and Cooperation is signed by Iraq and the USSR. In 1979 Saddam Hussein assumed leadership of the country. However, the United States then supported Iraq in its eight year war against Iran which commenced in 1980.

Barely three years later, on January 16th 1991, with their short attention span and general lack of the area’s geopolitical factors, the well-intended American and coalition forces commenced Operation Desert Storm with Iraq accepting their terms of a ceasefire on March 3rd. (During this same timeframe, Kurds in the north and Shi’a in the south revolt were seeking local control.)

In 1998 Iraq ends cooperation with the U.N.’s Special Commission to Oversee Destruction of Iraq’s Weapons of Mass Destruction. In 2003 we return in force decimating Iraq military and capture Saddam on December 1st. But by 2009 U.S. presence in the country is negligible.

Three years before that, commencing in 2006, for nearly two years, as a senior civilian government service member striving to promulgate awareness of the U.S. Army Corps of Engineers efforts to rebuild an entire country’s massively mauled infrastructure, I traversed the beleaguered roads of Iraq.

Sniper fire and IED threat was generally the ordre de jour. However, day after day, the experience, skill and soldierly aplomb of our contract Personal Security Detail (PSD) prevailed. Our Congressionally decimated military ranks simply had too few soldiers for pedestrian duty such as that!

Now, watching recent events unfold in that battle battered muddle gives one cause to question the correct course of action for the U.S. today, tomorrow and next week as well as our “on again, off again” relationship our country had with its leaders.

Should we have gone there in the first place? What should be our role now?

As to the first question I can but recount relevant first hand testimony given, and damning evidence admitted, at Saddam Hussein’s trial. My wife yes, she too worked in Iraq and I were in attendance in the courtroom, above and but a scant thirty feet from the despot, called by some, “The Butcher of Baghdad”.

First, in one major regard, let’s clear something up.

Regardless what one may have been repeatedly told by numerous of the Western media outlets, this megalomaniac dictator did, in fact, have weapons of mass destruction. The multi-month “pass” we gave him, before we returned to “the sandbox” – as my uniformed cohorts called it allowed wholesale transference of such horrific weaponry out of Iraq . . . most probably, intelligence sources feel (frighteningly), to Syria.

Again and again, at his trial, it was made readily apparent to all in attendance that Saddam did indeed have biological, chemical and (rudimentary aspects of) nuclear weaponry.

To that latter query of what our role should be, in all candor, we should now stay away!

Few are those that understand the substantive differences between the Shi’a and the Sunni Muslims. It cannot – even remotely be likened to theological dissimilarities between Presbyterians and Baptists as some have striven to infer.

The fact of the matter is that those two Muslim sects have been slaughtering each other for years upon years.

Let’s start with the base that all the Muslims agree that Allah – the Arabic word for God – is their supreme entity, that Muhammad was his last prophet and that the Qur’an is the principal central religious text of Islam. (A quick tutorial: Islam is the belief and those who follow it are called Muslim.)

Perhaps the biggest of their differences is in who was to be the correct successor to Muhammad.

The Sunni Muslims believed that he did not name a successor so they elected a new leader. Conversely, the Shi’a Muslims said that Ali, the son-in-law of Muhammad, was the rightful successor.

An important aspect of this all is that the Sunni sect comprise the largest group of Muslims with close to ninety percent of all of that faith. However, in countries such as Iran, Bahrain, and Azerbaijan, the Shi’a is in the majority. (As an aside, the Hezbollah are also Shi’a.)

That having been said, just as we cannot indict all white, brown haired Americans as domestic terrorists because of Timothy McVeigh’s bombing of the Murrah Federal Building, so too we should not blame the whole of the Muslim masses because of the crazed and overtly militant Jihadist crazies.

Hammad, Dhyaa, Mo, Jabbar and scores of others immediately come to mind. These young Iraqi men called my wife Mama and me Baba (father). Their many displays of affection were real and heartfelt. There is no question – whatsoever – that these Muslim men would have fought to their death in protection of us.

But our country’s return in paltry force to Iraq will help them not a whit. In fact, it would but only have the opposite effect. As we did in Viet Nam another experience I lived up close and personal we “cut and ran” betraying those we had promised to protect by leaving them to their enemies.

It is time now for us to recognize reality and stand aside. As they have so striven for the last 100 years, we must allow the Kurds to establish an autonomous state in the north, the southern half of Iraq already fully comprised of Shi’a to realign with Iran and the ISIS (radical Sunnis)… well, let them duke it out with those two other groups all fully free of our meddling!

Who was that Badged Man? 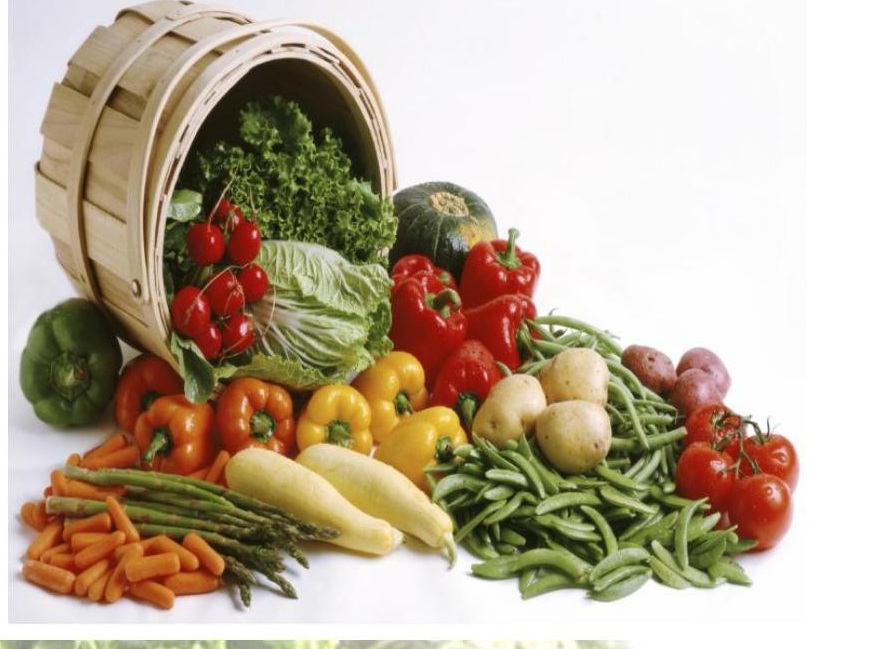