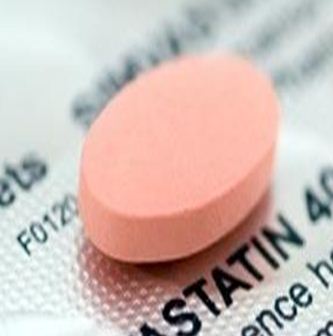 By Manzanillo Sun Writer from the September 2015 Edition 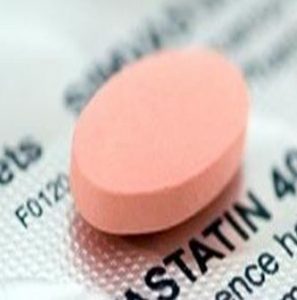 from taking Statin drugs for high Cholesterol. Many men that I know of middle ages or older take these prescriptions, and our doctors are not particularly quick to discuss some of the issues that come from taking them. I should stress that while I am a scientist by training, I am not a physician. If you feel that any of the symptoms I am about to present are affecting you, please discuss it with your physician. You would likely have to drop the prescription without your physician’s approval, but at least you will know the risks associated with stopping your medication.

For roughly 25 years, I have taken statin medicines for high cholesterol and triglycerides. There is a strong genetic tendency in my family towards high cholesterol, and there are some health risks associated with this, predominantly heart disease and stroke. Nothing to take lightly. The Statin drug that I took, Lipitor, always did an amazing job of lowering both.

The story really starts about three years ago. I am a longtime weight and power lifter, and I trained nearly daily for years. My workout involved not only the lifting of static weights, but also a lot of bicycle cardio and dynamic weight training (more of a cardio workout than weight training). When you lift weights, especially as you get into your 50’s, something is always hurting. You learn to ignore the “tweaks,” and to train around them. I reached a point where essentially everything was hurting, and it was becoming impossible to do any training at all. It was during my convalescence that my story begins.

I was helping my wife, a realtor, show a single woman who was looking to buy some acreage what to look for, as neither had experience with septic systems, well, etc., the kinds of things you find on rural properties. I was alone, walking the perimeter of the ten acre property looking at the fencing, when I was given the choice of jumping a ditch, or backtracking quite a way. I knew that I wouldn’t clear the ditch, but was confident that I would clear the water and end up on the far-side bank. I did all that, but when I used my arms to break my fall on the other side, my right triceps tendon, which was one of my painful tendon injuries I was convalescing to try and heal, snapped clean off of the bone. It sounded like a rifle shot, and I nearly passed out from the pain. I sat on the bank for a couple of minutes to settle myself down. Then I gamely climbed up with one arm and made my way back to the house where my wife and her client were talking. I came in covered in mud, and in obvious pain, but they just kept on talking like nothing had happened! I gave them 10 minutes, then told them that someone needed to take me to the hospital (where I sat for 4 hours, surrounded by flies because I had stepped in horse poo. No one would even look at me…)!

Long story short, I had surgery to reattach my tricep. I did all of my resting, then exercises, but my arm wasn’t healing right. Then my left tricep and left Achilles became so sore, that I could barely function. My doctor told me not to worry, but I could literally feel myself falling apart at the joints. I asked my smart friend, Mr. Google, what he thought, and researched all of the medication I was taking, including all of my vitamins and supplements. The only one that looked like a likely candidate was the Lipitor, although it talked about joint pain, not tendon issues.

Coincident with all of this, for some reason I was having a lot of trouble eating. It got so I had to take small bites, chew like crazy, and drink up to a litre of water every meal to get food down. I was constantly choking on the food, and I was genuinely afraid I would suffocate myself one day. A bunch of testing determined that the bottom ring of muscles on my esophagus was spasming, essentially opening and closing with their own rhythm. Obviously they are supposed to open when you swallow, then close to prevent acid reflux (which I had) after the food passes. I was quickly scheduled for a surgery that would render the bottom muscle ring useless so that I could eat. It also meant a lifetime on acid reflux medication.

I decided to try stopping my Lipitor to see if my tendons felt any better. It took a week to think that they were feeling better, and a month to be certain. My left tricep and Achilles tendon started feeling near normal. Even more importantly, my right tricep was healing – the change in a month was incredible. Understanding the scientific method, I knew I needed to go back on Lipitor to see if it all came back, so I did. It took less than a week for the pains to start coming back, so I went back off of Lipitor, and scheduled a doctor’s appointment a month down the road to give me more time to heal, and to discuss it with him.

As expected, he was unhappy with me. We tested my Cholesterol and Triglycerides, and they were high. He had me try a different Statin drug (Crestor) to see if it avoided the issues – same pattern. I then did what I should have done at the beginning – I asked what I could do to affect my chances of mortality by the same amount, without taking Lipitor. Weight loss was always there for me to do, and the lack of weight training had me down 20 lbs, so that helped. I changed my diet a bit, and started a very low dose of high blood pressure medicine (not happy to replace one med with another but…), and that’s it. At the end of it, I’ve affected my heart attack factors positively the same as if I was taking Lipitor! Without the side effects!

You are probably wondering why I told you the stomach issue story. Simple reason – it went away. I discussed it with the surgeon and he said that this never goes away and that I would be back, but so far, so good. I have the occasional meal when I have a minor amount of trouble swallowing, but it is infrequent, and 10% of the severity it was.

Only time will tell if I am the proverbial “doctor that has a fool for a patient”, but I was on a pretty serious downward spiral physically, and I needed to address it. My tendons feel great, although my arthritis is still wielding its mighty sword. Since then I’ve had a spinal fusion for a cyst on my spine (not related), and twice had my left shoulder rotator cuff reattached – lingering damage from the Lipitor that wasn’t able to heal without surgery. It was done twice, because as soon as it was done initially, I slipped on ice and went ass over teakettle. Ya gotta love Edmonton in the winter.

Round two: During the Rotator Cuff surgery, my surgeon could see that in the past I had completely lost a muscle and tendon (when a tendon separates, the muscle pretty quickly get reabsorbed into the body) in my left arm. I had ignored a tendon that was sore and it snapped off, losing part of my left bicep muscle group. Obviously I have some long-term damage from the medication that will never heal.

I don’t know if there is a moral to this story other than to take responsibility for the medications that you take. I have done a lot more reading on Statins since beginning this journey, and have discovered that the link between high cholesterol and heart attack isn’t as strong as it was once though to be. There is research ongoing, but you know drug companies never like to give up the $29 Billion dollar market that this is. Good luck with your own drug issues. I am not making any recommendations here beyond asking you to question what you are taking, and what the positive and negative effects of the drugs are. I do not know if you will have the kind of results that I had. Please confer with your physician before stopping any prescribed medication.