By Yann Kostic from the August 2016 Edition

He isn’t alone. According to a 2016 study by the National Bureau of Economic Research titled “Crash Beliefs From Investor Surveys,” the average investor believes there is a 20 percent plus chance of a 1987 magnitude crash (when the Dow Jones Industrial Average dropped 22.6 percent in a single session) or 1929 magnitude crash (when the Dow dropped 12.8 percent in a single session). These were the worst single day plunges since the Dow’s inception in 1896.

The study is based on periodic surveys conducted since 1989 that ask investors to assess the risk of a 1987 or 1929 magnitude crash over the next six months. Over the past three decades, the perceived risk averaged 19 percent. In the most recent survey, it was 22.2 percent.

That doesn’t mean a crash will happen. According to the study authors, investors tend to believe crash probabilities are higher during bear markets. And crash probabilities tend to rise after an increase in the number of references to a “crash” in the media. Still, when markets are volatile, it’s a good idea to review your portfolio with your financial advisor. He or she can tell you if you’re set up in a way that meets your investing goals and your risk tolerance over the long term.

Yann Kostic is an Investment Advisor (RIA) and Money Manager with Atlantis Wealth Management. Yann specializes in retirees (or soon to be), self-reliant women and expats in Mexico. Atlantis is working with an international custodian which al-lows multiple international currencies in a single account. Yann splits his time be-tween the Lake Chapala area, Manzanillo and Central Florida. Comments, questions or to request his newsletter, “News you can use” contact him at yannk@atlantisgrp.com in the US at (321) 574-1521 or in Mexico, (376) 106-1613)

How to Adjust for Today’s Higher Interest Rates

Why do I have to update my software? 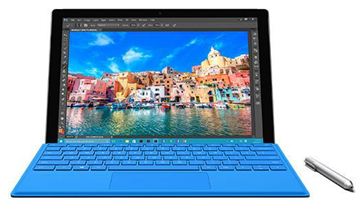 Not your Father’s Laptop