By Freda Rumford from the July 2010 Edition

There is absolutely no pretension here as Manzanillo is far from being a “shopping Mecca” of the world. At times it is extremely difficult to get even basics so the foreign population are discovering skills for gathering stuffs for the pantry forgotten since the ice age. If something comes into the stores, there is plenty in the larder but it will be needed within a few months – buy it today. Tomorrow it will be unavailable momentarily or even forever.

There is a story going around town, that one local businessman found an item going off his shelf so quickly, he refused to order it again because it meant he had to keep restocking which was such a nuisance. This may be an exaggeration but it really isn’t far from the truth. Even the supermarkets do not reorder until something runs right out. There is no FIFO used here either (First In First Out) so it pays to check the expiry date on everything. Fresh milk is on the shelf in front of well past due date milk. This style of provisioning can play absolute havoc with a household budget and storage does become a serious consideration.

Not only does the buyer have to have far more of some things than will be required for several weeks, nasty little black bugs are discovered in almost anything to do with flour. Flour itself (apart from self raising which they don’t seem to like) pasta, cake or pancake mix, cereals and all similar items have be kept in a frig. Spices, herbs, seasonings, soup and sauce mixes have to be kept either in the frig or in very well sealed plastic boxes. This is the first time in my life that I realised that dry mustard powder can go mouldy and baking powder or powdered garlic turns into stone. Cans go rusty or blow, sugar can attract the little devils and yesterday, in desperation because everything else was sealed up tight, the little perishers discovered the salt!! Sugar is relatively safe as the hordes of ants seem to prefer fatty substances.

To avoid attracting the bugs, it is necessary to shop much more frequently and only buy what can be used in a relatively short time. BUT, if one does that, then there are large holes in the stock at the stores!! What to do? Buy an extra frig and use it as a cupboard wherever possible. Have a deep freeze purely for flour based products. Don’t make everything from scratch then the flour won’t be needed. Ah me!!

The selection now available in the stores is much, much better than just a couple of years ago. Initially there was only one small supermarket that had complete control in the area as their lease offered exclusivity for 5 years. With the advent of the second supermarket arriving into town, store number one was given an extra six months to increase its size and therefore be able to compete. That it did and a pricing and stock selection war took place, which was wonderful for the consumer.

The next big move was the opening of a Sam’s Club and City Club in Colima, just an hour’s drive away. How we all flocked to those wonderful box stores!!
Then came Wal-mart to Manzanillo!! Not only to town but on prime beach front property which was a total surprise to everyone. Why on earth would a great monstrosity of such a store sit on the Beach?
Well we have got used to it being there and frankly it isn’t much of a store, but it has encouraged the other two supermarkets to look to their laurels and increase selections of dry goods and vegetables as well as the few foreign products which many of us were carting down to Manzanillo in our cars or luggage.

Yes! Now we can get Vegemite! Now we have New Zealand and Danish butter. We can also get yeast, horseradish and Canada Dry ginger ale, even though we cannot get large dog biscuits, Crisco or Bisto! But the stuffs we have had to tote ourselves in the past or cajole visiting friends to bring us is lessening.

Of course, in the heat it is hard on some days to think even of putting on an oven, but there are times when a turkey has to be cooked and now we can get cranberry sauce; when one gets the munchies for roast beef and Yorkshire pudding with horseradish and roast potatoes; or a real juicy leg of New Zealand lamb with mint sauce. The mint sauce is a problem still, but mint jelly (yuck) has been spotted and mint will grow rapidly on the patio or is available fresh.

The things we are now progressing to whining about are the lack of clothes for real people. The European shaped person rather than the nice neat little Latin American figure. But that is a whole other article to come later. 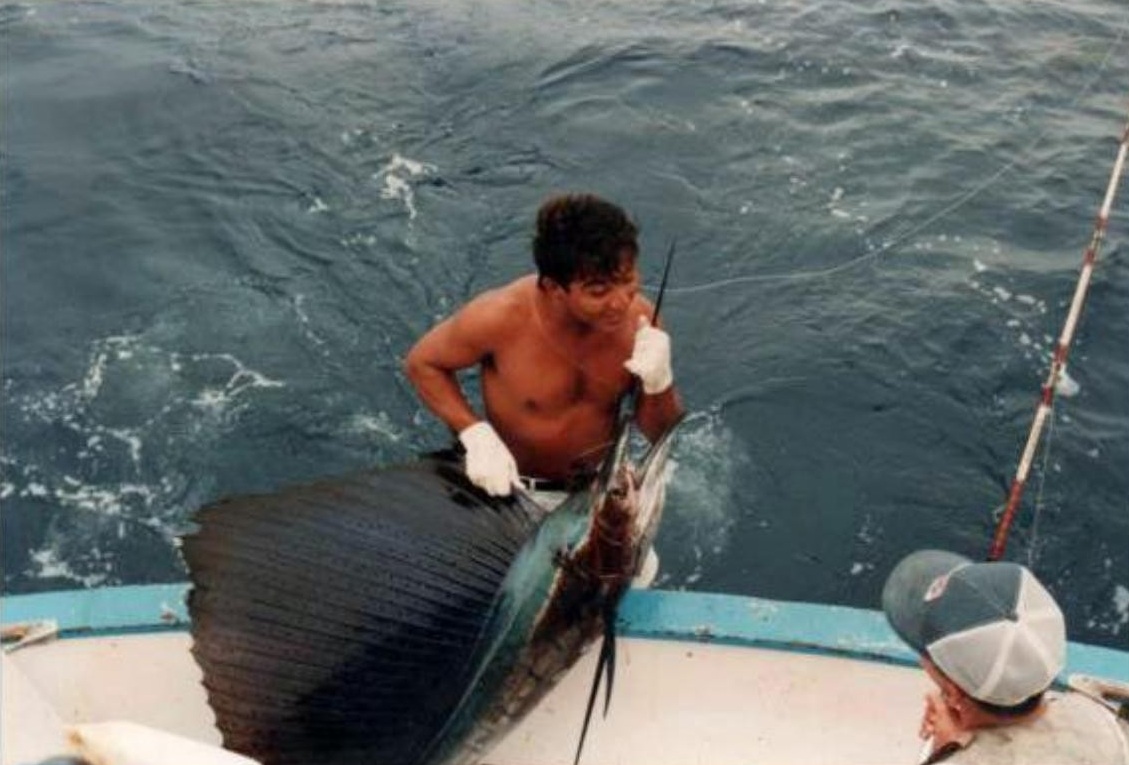