By Terry Sovil from the March 2012 Edition

In this article we continue our look at the Real Mexico and some of the fantastic reasons Mexico is not only a good place to do business but a good place to be! Everyone in Manzanillo appreciates the beauty we have here. Let’s look briefly at the Natural Resources, Cultural and Arts and the Aerospace industry in Mexico.

Natural resources
Mexico is ranked as the fourth country in the world for biodiversity with a wide range of species and ecosystems. The country borders on the Pacific, the Caribbean/Atlantic and spans deserts, mountains and tropical areas. Wildlife conservation and protection are priorities. There are 174 federal natural areas with more than 25 million hectares of land (1 hectare is10,000 square meters or 2.5 acres).

The diversity of ecosystems allows growth and production of a wide range of agricultural products. This includes limes grown near Tecoman, to fine coffees grown near Vera Cruz and north in Jalisco. The agave cactus allows production of tequila and in Manzanillo there are tuna fisheries. 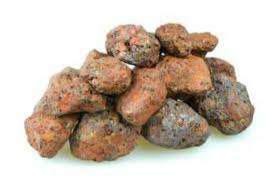 Culture and Arts
Mexico is known for its historic and current cultural wealth. The cultural environment is known globally. While the Dead Sea scrolls were being hidden near Palestine and Europe was mostly backwoods Mexico had cities, complex calendars and great arts. Mexico is the leader in the Americas for UNESCO World Heritage sites. Mexico ranks third globally, behind Italy and Spain, with ten cities that are World Heritage. There are more than 42,000 archaeological sites in Mexico and close to 110,000 Historic Monuments built between the 16th and 19th centuries. Mexico is famous for Pre-Hispanic and modern art collections exhibited in 1,044 museums.

It is also notable that Mexico:

1. Ranked fifth in the world’s film box office in 2010
2. Six percent of the country’s Gross Domestic product comes from the cultural sector
3. Over three million people are directly employed by the cultural sector
4. The Conaculta or National Culture and Arts Council supports close to 34,000 artists
and creative individuals through its programs
5. Conaculta recognizes 22,000 arts/ culture promoters and managers

The Aerospace Industry
Mexico’s aerospace industry is formed of companies that can manufacture, provide maintenance, adapt, engineer and design or provide services such as training centers and test labs for both military and commercial airplanes.

Companies in Mexico
There are over 190 aerospace companies working in Mexico, including leading firms such as Bombardier, Goodrich, Safran Group and Honeywell, employing over 30,000 Mexican workers. 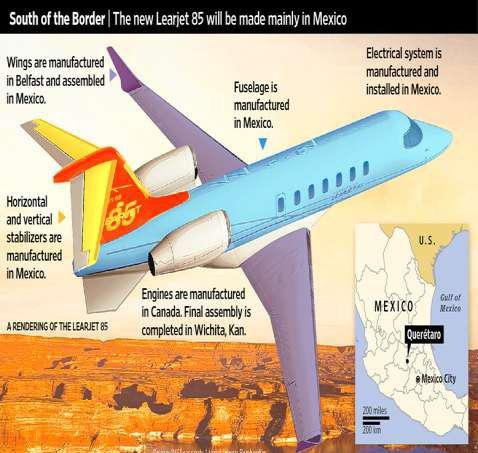 Foreign Investment
Mexico has become one of the most attractive investment countries for aerospace manufacturing and the sixth largest for investment in research and development. This places the country in a relevant position as a Manufacturing and Innovation Center.

Mexico’s past experience in developing electric-electronic auto industries has created an infrastructure and knowledge base coupled with a manufacturing platform that enables Mexico to optimize supply chains and support programs.

Mexico is a trustworthy partner in handling intellectual property and working with sensitive technologies. The United States granted five percent of total permits for high-tech military gear to Mexico. With Mexico’s partnerships with international trade groups, the ability to continue to garner high-tech projects will increase. According to a KPMG (global network of firms for Audit, Advisory and Tax services) study, Mexico is up to 22% more competitive than current industry leaders in terms of costs for aerospace projects.

According to ANUIES (The National Association of Universities and Higher Education Institutions, Spanish: Asociación Nacional de Universidades e Instituciones de Educación), more than 790,000 students are enrolled in engineering and technology programs. This is the largest talent pool in the Americas. More than 90,000 students graduate from engineering and technology programs annually.

Mexico is one of the few countries to form agreements with the USA on adherence to aeronautical certification systems. This includes the BASA (Bilateral Aviation Safety Agreement) and the Federal Aviation Administration (FAA). Companies have certified their processes to ISO-9001, AS 9100 and NADCAP industry standards.