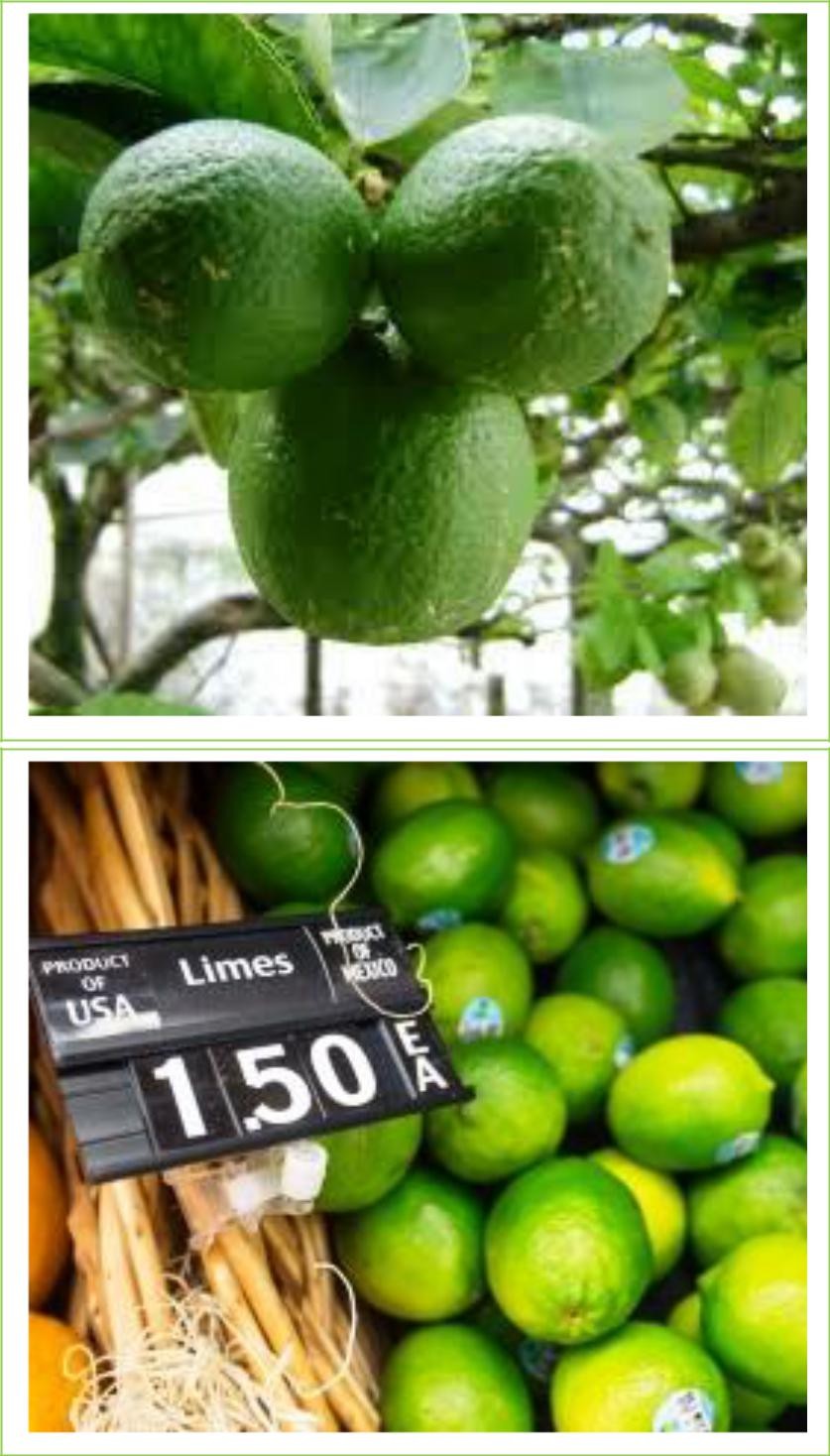 By Suzanne A. Marshall  from the July 2014 Edition

A month or so ago, having returned to Canada for the summer season, we invited friends who also winter in Manzanillo to our home for a meal. This is always an excuse to sample some of that fine Mexican tequila and enjoy a marguerita! My husband insists when playing ‘bartender’, on fresh ingredients. Thus, he headed to the grocer for limes and ultimately came home in shock. The price of limes was 99 cents each. A few months ago, a case of limes was sold for $30 to $40 dollars. Now a case sells for up to $200.00. I can only imagine that the prices will continue to climb as inventories deplete. These prices are hitting the many restaurants and bars in Canada, where normally a slice of lime is a garnish.

It was at about the same time that we began to hear of crop shortages in Mexico and Florida. I began to pay attention. Spending half of our year in Manzanillo has given us a familiarity with the types of local food found in stores and dining spots. We have learned to make many of the popular Mexican dishes such as fresh salsa, local fresh fish and seafood. Eating out usually means fresh hand-made tacos, seafood and fish dishes. I love to dowse all of this food with wonderful fresh lime juice from bowls filled with freshly cut limes. I would go as far as to say that limes are a staple in the Mexican diet.

Various types of ceviche are ‘cooked’ in lime juice and given the research that I have just completed; I have concerns that the supply and cost of limes will soon make them out of reach for many.

The State of Colima produces almost half of Mexico’s lime crop with the balance grown in several other states such as Michoachan. Following seasons of heavy rains the lime trees have also been struck by a disease called HLB (Huanglongbing) also known as citrus greening disease. Thankfully, it is not harmful to humans or animals but is sadly fatal for the citrus trees. This nasty disease destroys the production, appearance and produces bitter, hard misshapen fruit. The trees will die within a few years as currently there is no cure.

HLB is spread by the Asian citrus psylid, a tiny insect that feeds on the leaves and stems of citrus trees. By feeding on the HLB infected trees, these insects spread the disease from tree to tree. So an important way to control the spread of the disease is to stop the Asian psylid. It is also possible to spread the disease by grafting infected plant tissue onto another plant before realization that the infection exists. It’s definitely a concern for our local Colima producers and their livelihoods. 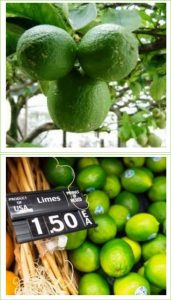 Mexico provides the U.S.A. with 97% of its’ limes. According to the nypost.com “People are basically claiming to be citrus drug dealers”. One savvy New Yorker had been driving a rented U-Haul truck to an orchard in Florida and filling it with limes to sell to bars and restaurants. An executive chef in New York has launched a lemon marguerita and bartenders are launched a lemon marguerita and bartenders are creatively  experimenting  with  different  acidic ingredients such as grapefruit. Soon there will be no likely options.

“Murphy’s Law” says that bad things happen in threes (not sure of the roots to this). But if you believe it then the third thing appears to be the interest of a drug cartel having been dismantled in 2011, in shipping limes  to  the U.S.A.  as a  business  diversification. Naturally the farmers are putting up a fight. While I don’t wish to pay lip service to these actions, I can’t help but wonder how on earth they plan to sustain the distribution of a crop that is no longer producing.

Thank goodness for the diversity of the economy in Colima. With other large industries such as shipping, fishing, energy production, mining, tourism, commerce and crops of: corn, rice, melons, sorghum, chili peppers, coffee, tomatoes etc. the local farmers will likely survive the ‘lime crisis’. The state of Colima has one of the highest  standards  of  living  and  the  lowest unemployment rate in Mexico. 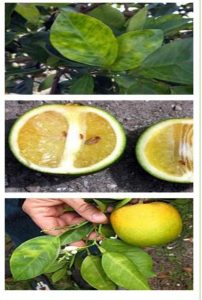 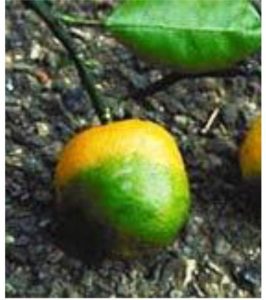 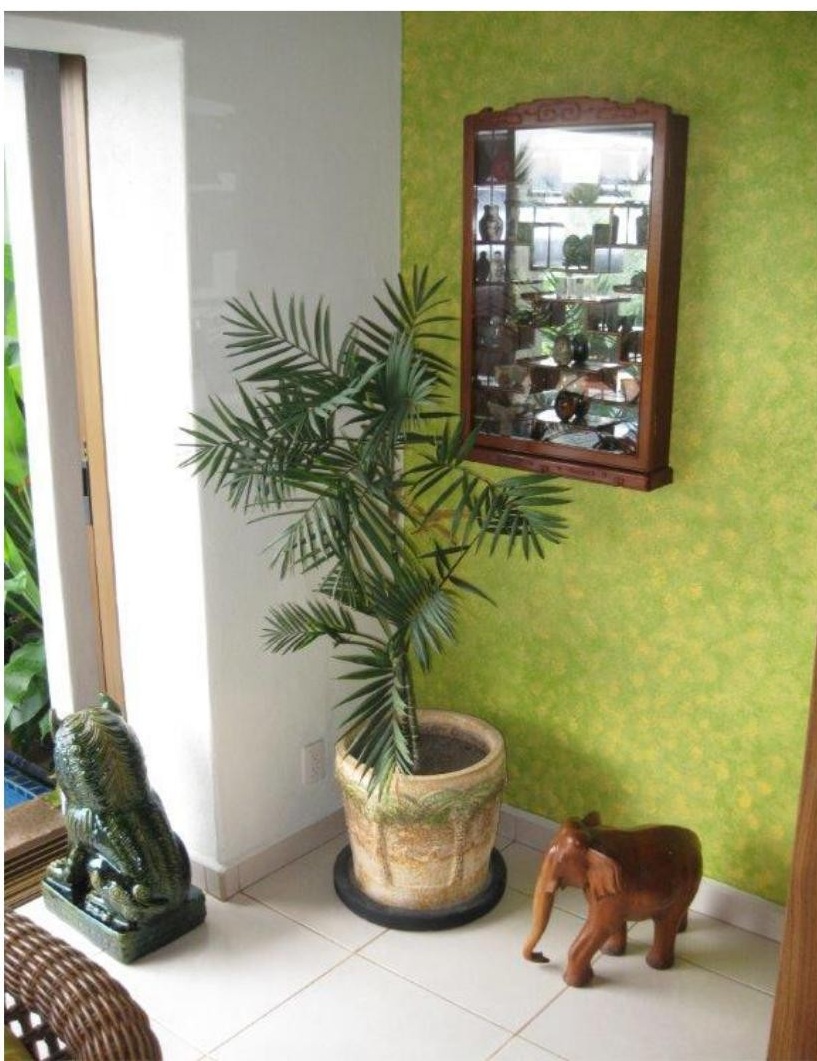 At The Movies – Edge Of Tomorrow