By Suzanne A. Marshall from the May 2014 Edition

Many years ago, my youn son and I would leave the Canadian prairies and head west to Vancouver Island where, my mother settled following the loss o my father at the age of 54.

They had moved there for his health and to escapehe harsh winter climate in northern Alberta. Of course my mother, being an avid amateur gardener, loved the island and decided to stay.

Though I’m not much for rainy winters (I need bright light), the spring, summers and fall there were absolutely wonderful. And who isn’t drawn to the water? It seems the entire human race migrates there by nature and the majority of the earth’s populations live on or near the oceans and seas of our continents. Thus, our love affair with winters in Manzanillo and our driven desire to live on the beach and let the ocean tides, sea-birds and surfs entertain us and even lull us to sleep at night.

Getting back to my reminiscing, sometimes mom and I would take Greg down to the docks at the marina and we would lower a crab trap into the water and wait. Whenever we had success, we’d haul up the trap and check to see size and gender before keeping our catch. I would stand on one of the big pier logs because I found out they moved sideways with speed and I was a sissy!!

There was my nine year old son, calming me down and showing me how to pick them up properly so they couldn’t nip you while looking for the diamond on their undersides demonstrating male or female. We couldn’t legally keep the females.

I remember distinctly one time we couldn’t crab trap due to what my mom called a Red Tide. During a Red Tide no one would trap or net shell fish and they were off the menu in homes and restaurants for as long as necessary to avoid the consumption of toxic meat from the shell fish that had consumed the algae brought in with the Red Tide. I don’t recall hearing much more about it until very recently, some thirty-five years later.

For the first time, this year we experienced Red Tide in Manzanillo. “Red Tide is a common name for a phenomenon known as algal bloom (large concentrations microorganisms) caused by a few species of dinoflagellates bloom takes on a red or brownish color.” Sitting on our terrace one day, we noticed an unusual amount of greenish floating coming in on the surf and gathering

There wasn’t a foul odor but rather the smell of cut vegetation somewhat freshly cut grasses, though different. Within a day or so this subsided somewhat as the tides brought in the reddish brown seas that continued for four top five days. We also noticed the
absence of gulls and pelicans, presumably due to the lack of fish or perhaps the algal bloom clouded the waters and the birds couldn’t see their prey.

There are differing species of dinoflagellates, but those generally occurring on the east U.S. coast and subtropical or tropical shallow seas and estuaries in the western Atlantic, the Caribbean Sea, the Gulf of Mexico and the eastern Pacific Ocean are called Alexandrium monilatum. Likely this was what we were experiencing here in Manzanillo though I cannot confirm this.

The occurrence of Red Tide in some locations appears to be entirely natural. Algal blooms can be seasonal resulting from coastal upwelling, a natural result of the movement of certain oceans. In others they appear to be a result of increased nutrient loading from human activities. The growth of marine phytoplankton is generally limited by the availability of nitrates and phosphates, which can be abundant in agricultural run-off as well as coastal upwelling zones. Human pollution and systemic increase in sea water temperature are also possible factors. Also, iron rich dust from the Sahara Desert is thought to have a major role. I recall a science that demonstrated how the desert dust is actually carried over to South America, settling in the Amazon River and oceans.

Ocean currents move endlessly around the major continents and impact the weather all around the globe. Some algal blooms along the Pacific coast are linked with large-scale climatic oscillations such as the infamous ‘El Nino’ events. Red Tides in the Gulf of Mexico have been noted by early explorers such as Cabeza de Vaca. It was interesting to note that the first case occurring in British Columbia, Canada was recorded in 1793.

The most conspicuous effects of harmful Red Tides are the associated wildlife mortalities of marine and coastal species of fish, birds, mammals and other organisms. However, not all Red Tides are considered harmful.

Note: All information thanks to the resources of Wikipedia 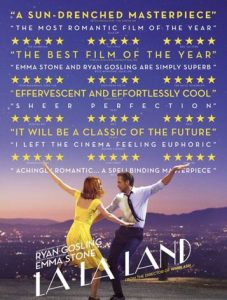 Goin’ Down The Road… to Manzanillo