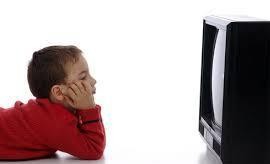 When visiting those lands south of the border it is surprising to find that there are actually several programmes available in English on the local cable network or on Dish TV. In Manzanillo there are only half a dozen or so programs but they are generally pretty good watching. Often there are things of interest which are not available in Canada, which make it a pleasant surprise. Being a ballroom dancing fanatic, I was delighted to find ‘Burn the Floor’ as well as some Dance Sport competitions one year. Also there is excellent coverage of many sports. If you like tennis, they generally have the complete series of world championships as well as all of the soccer games. Seeing the advertisements around the tennis courts in Japanese, or some other exotic language adds a little spice to the viewing.

Many people now have taken their Star Choice receivers down to Mexico as there is excellent satellite reception currently for this Canadian programming. It has been rated above those of the US Direct or Dish systems, but that is likely to change as repositioning of the satellite is reported to be either imminent or overdue. The last time that this happened it did not really make a great deal of difference as Shaw (the master company) has a comprehensive list of dish positioning directions for the North American continent. The system can also be purchased from private companies in Guadalajara but is infinitely more expensive than in Canada. Often if there is difficulty in viewing it is recommended to use the larger elliptical dish. Out of country monthly viewing prices, if admitted or purchased in Mexico, can be more costly also. The various packages of any company can range from US$25 to US$135 a month depending on what you wish to view.

Apart from that there is always Netflix. This is a useful site to use as often older and previously enjoyed movies or missed TV series can be viewed in their entirety.

The subtitles are still there whether viewing USA or Mexican Netflix while watching in Mexico (this however is an excellent way of improving one’s Spanish). The annoying part of Netflix is that programs or movies cannot be viewed in all countries. For instance, ‘Downton Abbey,’ cannot be viewed in the U.S., and ‘Foyle’s War’ may not be seen in Canada at the moment. Why? Who knows! Possibly it may be due to copy-write law or international agreements. As it continually changes nothing can be quoted here as gospel.

We have been watching a great many films and series through Netflix of late, as we do not have satellite TV where we are currently living. We both have enjoyed immensely some of the shows discovered on that network. Our favorite by far has been the Australian series of ‘MacLeod’s Daughters’ of which we watched several episodes each evening until to our great dismay we had seen all eight years’ programs. It is touted as being a “soap opera” but as the characters are very believable and down to earth we began speaking of them as being real. Now in ‘MacLeod withdrawal,’ we have almost considered watching them again!

‘Almost Human’ was surprisingly good with a group of actors that were different, pleasing and though portraying potentially unpleasant characters, their dilemmas very easy to sympathize with. This was until the complete cast changed completely. Immediately when that happened so did the desire to watch more. Whoever thought that watching, vampires, ghosts and werewolves would be on a middle aged person’s list of good programmes?

We have watched several series of British comedies. Most of which were thoroughly enjoyed while others seem very dated. But how can ‘Waiting for God’ ever go out of style? Getting old and being in a nursing home is still current but who would have looked for any humor there? I have loved ‘Keeping up Appearances’ for years, but there have been so many reruns on TV, that now it has become stale and I regret that.

We have watched almost everything available by Judy Dench, Sean Connery and Roger Moore. John Wayne and Clint Eastwood have had their place in our evening viewing as have all of the Queen Elizabeth I and II movies which we viewed at one sitting.

Some of the offerings are quite bizarre and we really do question the minds of the producers and directors. The actors? Well, they are only making a living, sometimes short lived if several of these offerings are anything to go by!

The fees of $7.99 a month to watch all the movies you care to see at any given time is surely a reasonable price to pay.

Now there are devices available by ROKU or NETGEAR on the market that use what is called ‘streaming’ and will pull shows from one or several movie companies. These range from $55 to $120 depending on the type chosen and then of course there is the monthly fee to add on to that. To view in the frozen north is another thing altogether and I cannot even begin to tell of the options available here. That one day we will not need anything other than a button seems more and more probable.