I grew up fearful of bats. I’m really not sure why since I never saw one up close for the first fifty years of my life. Perhaps the old Halloween movies and themes were an influence plus the term ‘vampires’ and also because of a story my dear aunt Camille had told me years ago about a bat getting tangled in her hair and how frightened she was.

A few weeks ago my husband and I came home to a dark house and as we entered, something began to flutter all over the room. To our shock and dismay, when the lights came on it was a very frightened little brown bat that quickly disappeared into the cavernous open 3 story living room of our home. We hunted and searched for a while but couldn’t find him anywhere. So we went to bed knowing the challenge wasn’t over.

The next morning, we found him in the kitchen and he immediately headed for the high rafters again and lodged himself on the highest beam possible. Following a ridiculous free for all with my husband pitching glass marbles at him, flapping our arms, yelling and waving cloth shirts we managed to direct him to the open second story back door and heaved a sigh of relief. It’s a mystery how this creature managed to get into the house.

Like I always do these days, since this was a first-hand event, I hit the internet to research the subject and decide for myself if having bats around was going to be a problem. In the last few years I had become used to the sight of numerous bats swooping above our swimming pool in Manzanillo just as the sun was setting. I knew they were gobbling up insects out of the air and enjoyed watching them from the terrace and hoping they were munching on those pesky mosquitos.

As expected, I learned a lot about bats from my research and happily decided they aren’t bad little critters after all. Bats are the second largest order of mammals (after rodents) representing 20% of all classified mammal species worldwide. There are 1240 species which divide into two sub-orders. About 70% are insectivores and most of the rest are fruit eaters (frugivores). There are a few who feed from fish, some animals and insects and of course the vampire bats who do feed on blood. (They do not attack humans on the neck for blood and most of us will never see one. Phew!!) 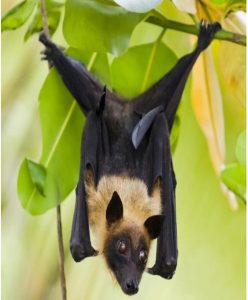 Being mammals, bats typically give birth to a single live baby each spring and provide milk for them to feed on. The babies are completely reliant on the mother for the first three weeks after they are born blind, hairless and unable to fly (common brown bat). Bats tend to be nocturnal and become active at twilight. (Chances are we won’t see many as a result) They have keen senses of smell and hearing. Though their eyes are small and poorly developed, they can see but rely mostly on the use of echolocation.

Having vital ecological roles, bats exist throughout the world. They are pollinators and disperse fruit seeds. Numerous tropical plant species depend entirely on bats for the distribution of their seeds. Because they consume so many insects and pests, they literally reduce the need for pesticides. Like so many other creatures we’d rather not have around too closely, it turns out that they too are important in our ecosystems.

In the U.S.A. and Canada, there is a serious problem evolving with the bat populations as a fungal disease called “White nose syndrome” is seriously impacting the species. It is only spread from bat to bat and it is thought that the longer winters of the past few years have kept them hibernating longer in their caves or other dark damp habitats. This is causing the fungus and mortality rates of 90%-100% being observed in some locations. Scientists in both countries are alarmed and I quote: “the lack of bug-eating bats in summer could cause severe problems in the ecosystem of the Eastern forests and on farmland and beyond: nearly all of the bats are insectivores and save the government billions in pesticides because they are natural predators of bugs that eat crops like cabbages, potatoes, pears, cherries, peaches, apples, wheat, and corn, consuming tons of insects from late May to early October which coincides with the height of the planting and harvesting seasons.” (Wikipedia)

I am assuming at this point that those bats living and breeding in warmer climes are not under threat at this time. It doesn’t stretch the imagination to think of how useful bats are in these hotter countries where the insect populations abound year round and how purposeful the activity of bats must be.

Last week I was painting our back fence with a dark smoky grey stain when as I moved along one board at a time I recognized this furry little thing camouflaged and sleeping upside down between two boards on the back of a post where it was shady and cool. I realized it was probably our bat friend from the house. This time I just woke him gently with the tip of my finger (he was sleeping deeply) and as he roused he quickly opened his strange wings and flew off to the wood pile. I’m beginning to feel a bit like Snow White with the squirrels taking peanuts from our hands, robins nesting on the plant stand in the gazebo, bumble bees nesting under the kitchen bay window, butterflies flitting about, flocks of birds at our feeders, skunks coming a bit too close for comfort and perhaps a bat or two keeping the pest population in check. 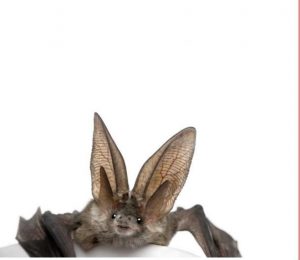 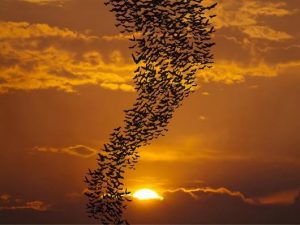 At The Movies – Saving Mr. Banks

Is it Time to Clean up Your Portfolio for The New Year?