By Robert Hill from the December 2011 Edition

The State Delegado for Cruz Roja (Red Cross) and El Presidente Municipal, Nabor Ochoa, announced in September that Reyna Garcia has been named the new Director of the Red Cross in Manzanillo, replacing an American named Bonnie Sumlin, who was terminated.

Reyna met with the Board of Directors of Manzamigos on November 22, to outline her plans for this important job, and to seek their support. The Board indicated that now, with this change in leadership, Manzamigos would be able to fully support the work of the Red Cross and to offer help wherever possible. Reyna assured them of complete accountability, and that every peso of all donations to the Red Cross will be accounted for. She also promised that she would not be making personal solicitations for donations at the airport, cruise ship terminals, and other public venues, as did her predecessor. She will be reaching out to the Manzanillo business community and civic organizations for their support of this vital service to both the local and foreign communities. In this regard, Reyna has asked for an opportunity to present the needs of the Red Cross to the full membership of Manzamigos, at one of their Thirsty Thursday events in the near future.

Reyna is well known to just about everyone in the foreign community, as the smiling and popular waitress at Juanito’s restaurant, and she celebrates 30 years of service there in 2012. As a young woman she was trained and served as a registered nurse in the Mexican Navy for 13 years, before going to work for her brother-in-law, John Corey, at Juanito’s (John’s wife, Esperanza is Reyna’s sister). The military training and experience she received in medical traumas will serve her well in this new post, heading an agency dealing almost exclusively with traumatic medical incidents. Reyna was married to a man who was a graduate of the national police academy, attaining the rank of Captain, and who served as the head of the Santiago police department. In the disastrous earthquake of 1995, he went into one of the local beach hotels attempting to rescue guests who were trapped inside. Tragically, the hotel collapsed on him and he was killed. Reyna was left to raise their 4 babies and very young children alone, with the tips she received at Juanito’s. To her very great credit, 3 of those children have now graduated from the university and the 4th migrated legally to the U.S. If you have not met her, stop by Juanito’s any evening, except Tuesday, to say hello.

It is important to recognize that the Red Cross in Mexico is dramatically different than in the U.S. or Canada, where millions of dollars are available for disaster relief from the effects of floods, fires, earthquakes, hurricanes, etc. Likewise, the International Red Cross, with millions of dollars at it’s disposal, focuses almost exclusively on disaster relief in various parts of the world. In Mexico, while the Red Cross organizations in various cities does participate in the distribution of disaster relief funds from Federal, State, Municipal and private sources, they have few, if any, funds available for these purposes. Rather, the primary focus of the Red Cross in Mexico is for the provision of ambulance and rescue services for any and all medical emergencies. These include auto accidents, heart attacks, swimming incidents, and any other situation where emergency medical services and ambulance transportation is required. Anyone who calls the 065 emergency number (like 911 in the U.S.) is connected to the Red Cross. All of the ambulance drivers are trained paramedics, and the assistants who accompany them in the ambulances are also trained in giving emergency life saving treatment en route to the hospital.

Every year in the month of May, two weeks are designated for authorized volunteers to collect donations to the Red Cross. You will see them at major intersections, at the autopista toll booths, and at other locations, with their white donation boxes with a red cross on the side. This is the only time of the year when donations are requested from the public, and it is the major fundraising event for the Red Cross units in cities all over Mexico. Last year, about $700,000 pesos (about US $ 56,000) was raised for the Manzanillo Red Cross by this event, far short of the total needed. Reyna explained that her expenses include maintenance of a fleet of 3 ambulances and one rescue unit (gasoline, tires, repairs, etc.), bandages and other medical supplies, office electricity/telephones/2-way radios, office supplies, and payments to ambulance drivers. The drivers are paid only a very small amount, so that much of their time is donated. A charge is made of $250 pesos ( US $20) for transporting a patient to a Manzanillo hospital, or $3,000 pesos (US $240) to a hospital in Colima, if necessary. Reyna emphasizes that these charges are not based on the ability to pay and that she will authorize ambulance services based on need rather than on affordability. In other words, a poor person from one of the colonias will have the same opportunity for an ambulance as a more affluent one from Club Santiago.

In addition to the ongoing expenses of the Red Cross, Reyna is making a special appeal for donations from the foreign community, in order to purchase at least one piece of equipment called the Jaws Of Life. This is a hydraulically operated tool used to pry apart badly wrecked cars in order to remove the victims inside, and is commonly available in every rescue unit in the U.S. and Canada. Frequently, valuable time is lost trying to open the doors of a crushed vehicle using hand tools, or by trying to pull a victim out through a small opening, causing further injury.

Finally, Reyna hopes that the foreign community will be generous in supporting the work of the Red Cross, and urges you to remember that…. The life you help save could be your own! 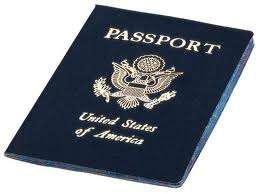 What Surprised You After Moving Here?