By Kirby Vickery from the November 2017 Edition

Have you ever looked into a marigold flower and wondered just how many petals it has? The Aztecs did and discovered that there are anywhere up to 280 of them in a single blossom. The colors of that bloom are so intense that they remain bright and stand out even after the flower dies and dries up. The Aztecs noted that and they ended up with a fable about the flower of the Cempasuchil plant which is what they call it. Translated it means ‘Twenty Flowers.’

You can’t really say it was ever written out although that could have happened. Most likely, the story was made up by some quick-witted woman and spun out to her children and then it grew from there. From Aztec times to present, the plant has had several medicinal and commercial uses. Personally, I like the fact that the flower, when dried and powered, is then added to the feed and used to color the yolks of eggs for some species of chickens. This stuff is also used to color the skin of boiler chickens.

A modern-day person can ponder the origins of that story, and a host of others, with the fiery beginnings of the Aztec culture. Although they existed in a state of going to war with one neighbor after another, and used their captives in bloody rituals, there is a softer side to their pantheon of Gods which the Aztecs believed in and prayed to. Remembering that stories and epics of this type often use extreme emotion to get the point of the story across to the listener, one can then sit back and start to really enjoy the art of Aztec story telling.

Día de los Muertos (Day of the Dead) is a holiday celebrated in Mexico mostly in the central and southern parts of the country and throughout the world on October 30 and November 1 and 2. It’s a celebration of life, honoring friends and family who have died. The Mexican people have a different outlook on death and choose to celebrate it rather than fear it.

Colorful altars are erected in homes and public spaces featuring favorite foods, drinks (most notably, tequila) and personal mementos of the deceased. Altar decorations include hand-cut pa-per and marigolds because of their vibrant colors. 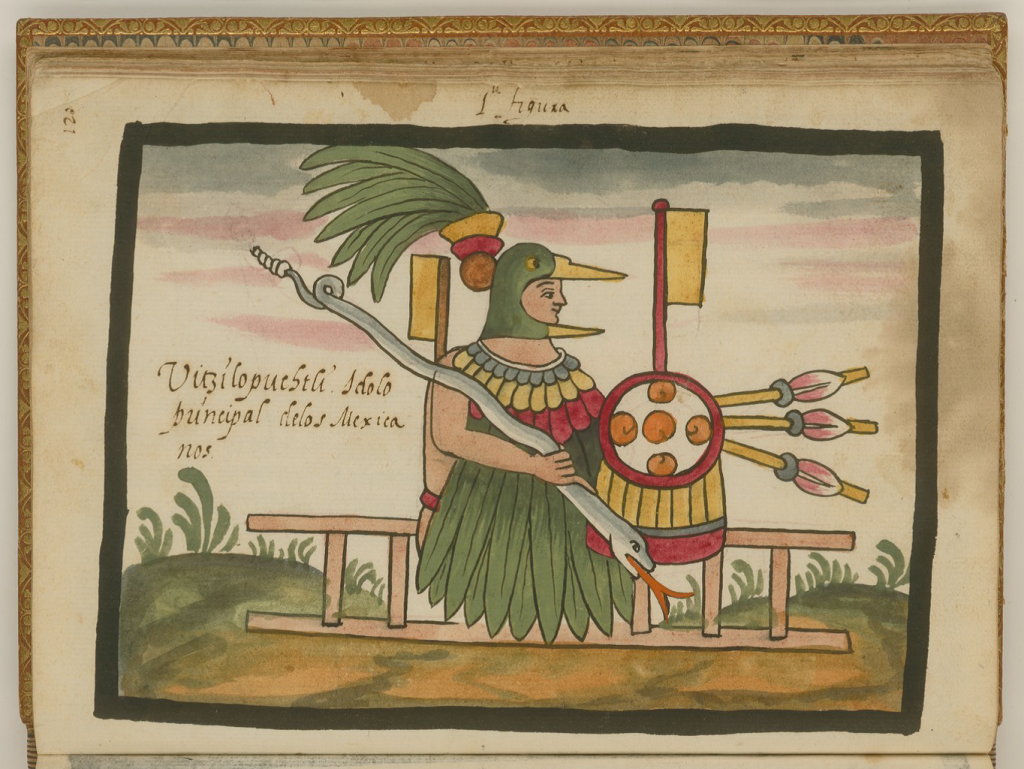 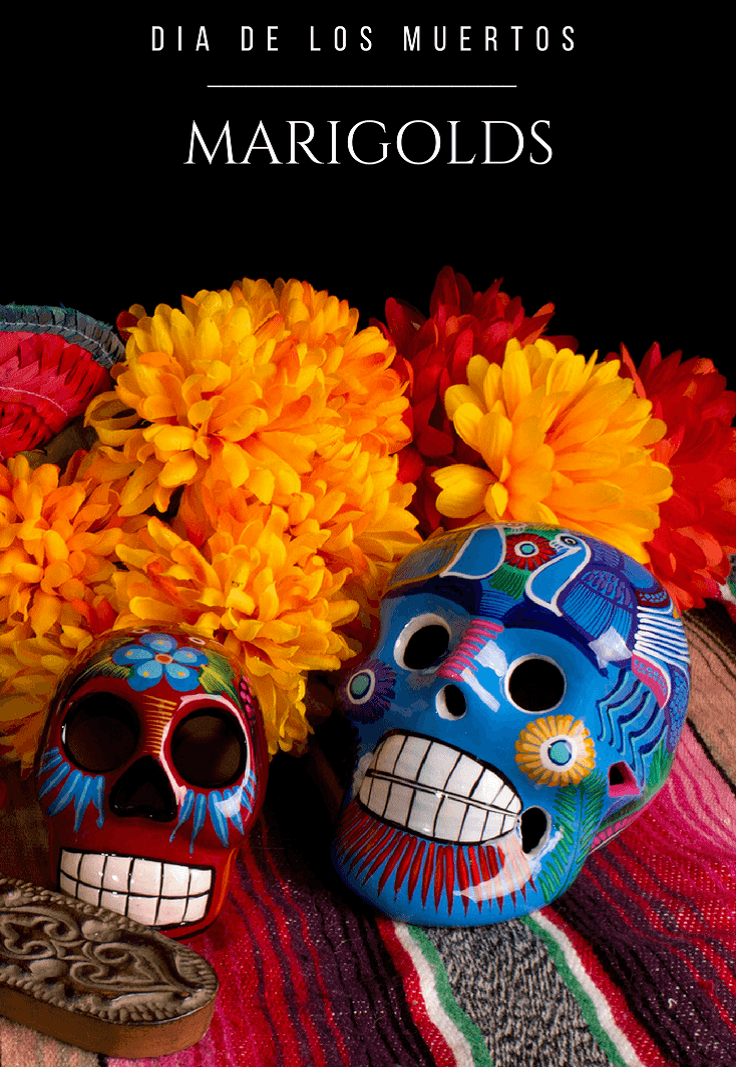 Why marigolds? It is believed that the spirits of the dead visit the living during the celebration. Marigolds guide the spirits to their altars using their vibrant colors and scent. Marigolds also represent the fragility of life and they have their own Aztec fable to tell of their beginning.

The name of our hero in this little story is Huitzil, which is derived from the Aztec God of War’s name of Huitzilopochtli, which is an onomatopoeic word representing the sound of a hummingbird’s wing in flight.

The Creation of the Marigold or Cempasuchil (in Aztec)

In very early times, at the start of the fifth world, there lived a young boy, Huitikin, and his best friend, a young girl of his age, named Xochitl. They lived next door to each other and played together every day since they were let out into their yards as crawling babes.
As they grew older, they would go further from home to explore and play. First it was the town which they just had to learn all about. They explored it playing their childhood games of tag and hide and go seek. Although Xochitl was very fair and delicate, her family would let her continue to play with Huitikin.

As time went by, and they grew older, they particularly enjoyed hiking to the top of a nearby mountain where they would offer flowers to the Sun god, Tonatiuh. The god seemed to appreciate their offering and would smile from the sky with his warm rays. On a particularly beautiful day, at the top of the mountain, they swore that their love would last forever.

One day, while they were at the top of their mountain, Huitikin told Xochitl of his impending departure to fight in a war and help defend his homeland and village. There wasn’t anything she could say or do that would change his mind about his civic responsibility. They both knelt and made offerings and prayed to Tonatiuh for his safe and speedy return to this idealistic world they lived in.
It was some time later when Xochitl received word that her childhood friend and lover had been killed. Her world fell completely into pieces, and her heart was utterly torn apart. She wanted to volunteer to be a sacrificed at the blood alter run by the local priests, but they wouldn’t have her because she was unmarried and wasn’t a virgin.

In desperation, she ran to the top of their mountain, fell to the ground and wept her sorrow of Huitikin’s death. She pleaded to Tonatiuh to return her lover to her and bestow enough magic on her and Huitikin so he would be brought back to life, returned to her, and that they would never be separated again.

The sun god felt very sorry for this young girl and was aware of her love and that of Huitikin’s love for her. Tonatiuh was moved by her prayers and gathered up a ray of sun and threw it at her. This one was a gentle thing and as it touched Xochitl’s cheek. As soon as it touched her, she became a beautiful flower, rich in the intense fiery colors of a sun’s morning ray.

At that very instant, a hummingbird was flying in a hover over this beautiful flower and probed his beak deep into the very center of the petals. It was Huitikin reborn as a hummingbird fulfilling the request of his lover Xochitl, never to be separated again as long as there are both hummingbirds and marigold flowers in the world.

The Children of the Were-Jaguar People 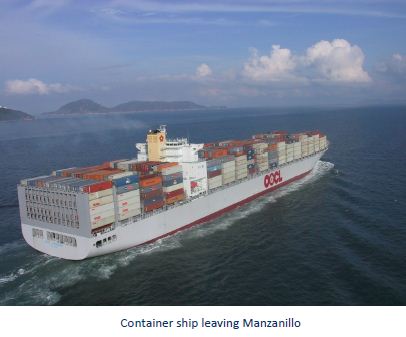