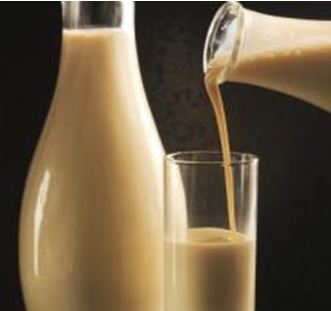 From the December 2015 Edition 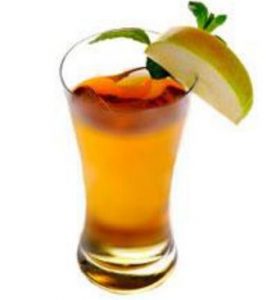 You can make these ahead of time and refrigerate. The apple cider used in this authentic but little-known Mexican cocktail makes it perfect for Noche Buena. This recipe serves eight. If you want to make it less potent, use less tequila and more apple cider (to taste). To serve it hot, leave out the ice cubes, double the amount of apple cider and heat to nearly boiling in a saucepan, pour into cups and garnish with apple wedges. 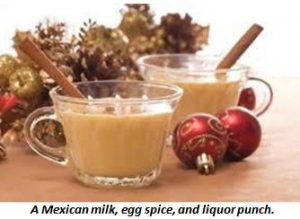 The first rompope, a derivation of Spanish ponche de huevo (egg punch), was brewed by seventeenth-century nuns in the Santa Clara convent in Puebla, Mexico. According to legend, Sister Eduviges requested that the nuns be allowed to drink the rompope they were only permitted to make. Legend also has it that there was one secret ingredient in the recipe that Eduviges took with her to the grave. Served chilled, Rompope is often over ice, but it can be served warm, which is how I prefer it when cold weather sets in. Either way, it’s rich, velvety, fragrant, and certainly full of cheer. 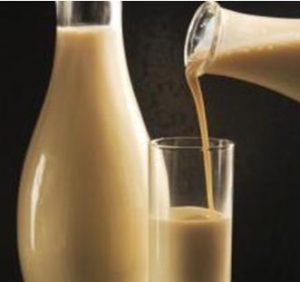 * Remove the lemon rind with a vegetable peeler, being careful to avoid the white pith, which will give it a bitter flavor.

** Aguardiente literally means “burning water” in Spanish. It is a strong (29% or higher) spirit distilled from fruits, grains, and commonly sugarcane. It’s available at most liquor stores.

1. Pulse almonds with 2 tablespoons of the sugar in a food processor until ground to a fine paste.

2. Bring milk, cinnamon, lemon rind, vanilla, and baking soda to a boil over medium-high heat in a large heavy-bottom saucepan. Reduce heat to medium-low and simmer for 15 to 20 minutes. Set aside.

3. In a large bowl, whisk egg yolks, the remaining 1 1/2 cups sugar, and ground almonds until thick and pale. Remove cinnamon and lemon rind and discard. Whisking constantly, slowly add the milk to the yolk mixture.

4. Return mixture to pan and cook over low heat, constantly stirring and scraping the bottom and sides of the pan, until the mixture thickens enough to coat the back of a spoon, 5 to 7 minutes. Set aside to cool completely, about 2 hours.

5. Stir in rum or aguardiente. Serve.
Make-Ahead Tip Rompope may be refrigerated for up to one month in sterilized glass bottles. 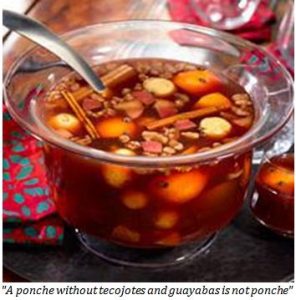 2 piloncillos (this is sugar in rock shaped like a cone, like in the picture, if you can’t find it, use sugar to taste)

Mix all the ingredients in a big pot, bring the water to boil. Let it boil for 5 minutes on high heat. Simmer for 10-15 more minutes. Let it rest for half an hour. That’s it. Enjoy and Happy Holidays! 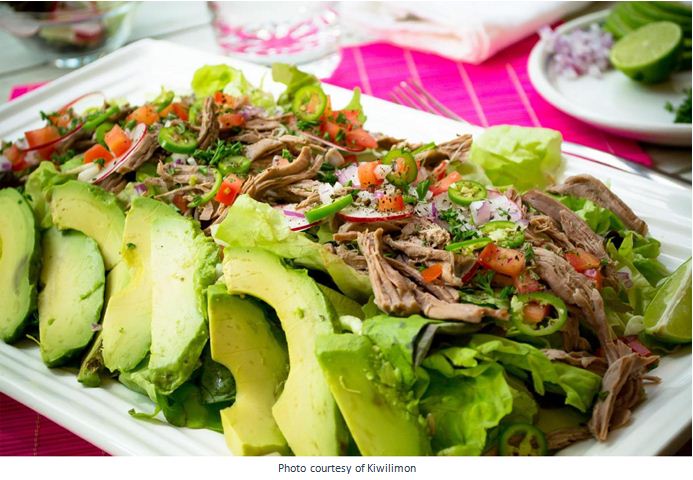