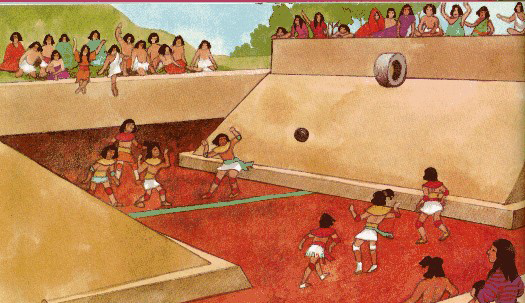 By Kirby Vickery on the December 2019 Edition

As with all civilizations, the Mesoamerican people played a variety of games. Some had religious connections and even others were used by the better competitors to gamble and make a living. One such game of skill resembled bowling. There is very little information on it except that the Dominican Historian, Diego Durán, states that there isn’t any information on the type of ball or pins used but that he did talk to a man who “… was a great player of “Pins”, and his vice was such that he played not only on holidays but on workdays. This individual seems to have been a professional Pin gambler who attributed his success in gambling to invoking divine intervention from one of the Aztec deities.”

There were also board games, one of which might be similar to checkers. Durán called it by its Spanish name, Alquerque. Although the Mesoamerican peoples didn’t have playing cards, they did follow the social rules of all societies and make sporting competitions from war and fighting. As with Europe and other world societies, the rulers and the ‘upper crust’ enjoyed bow and arrow contests, hunting small animals and birds with blow guns firing small pellets.

During the season in which all the trees drop their fruit (a drought), the Nahuatl speakers, starting with the Olmecs, would have a celebration (in one version) to honor Xocotl Huetrzi (an Aztec name). An effigy of the god was then put on the top of the pole and two wings of white paper were then stuck to it, depicting two eagles. The execution of dances and songs preceded the ascent of some young men, one at a time, towards the top of this sort of tree of “plenty”.

Today, this is performed by the ritual ceremony of the Voladores. In some cultures, a fertility thing, back then it was done by aristocratic young men to honor Xocotl Huetzi, who wasn’t a god, but a term used for the sour or acidic fruits that were being dropped.

The Aztecs also had a game which was played the day after their festival for the goddess, Ilama Tecutli, aka, Ilamatecutli. She was about the only goddess in the Aztec pantheon of deities that doesn’t appear to have any sexual duality. She is the goddess of midwifery, subsequently fertility.

The Aztec festival consisted of human sacrifice and other games for joy and happiness, mock battles, and other religious rites. The next day, the men (boys) in the town would prepare soft net bags filled with picked flowers or stripped out corn (maize) leaves. These they would attach to long ropes and start swinging at all the ladies. Some women, anticipating the situation, took a staff or a branch of the “devil-fruit-thorn” for defense. At times, boys were so rough that it made the girls cry.

In Mexico today, the major outside sport is football, known to her northern neighbors as soccer. The Aztecs’ version is known as Ulama and is still played, with minor variations, today in some parts of Central America. The original game had no other name other than “ballgame.” The sport started with the Olmec and was played throughout Pre-Columbian times by every culture in Central America. The court was usually the second thing built after the alter in a new town. Sometimes chronicled as “Hipball,” the players had to keep the ball from hitting the ground for over an hour.

In some cases, they came out of a game fairly beaten up, in spite of the leather guards they wore, all while trying to hit the ball through rings placed high on the walls of a court. In most Mesoamerican cultures, it had strong religious affiliations. The Maya even designated a portion to one of their five worlds or creation stories to it. There were both amateur and professional players. In some cultures, only the losers were sacrificed. In some cases, all the players were sacrificed. In still others, all the players were either slaves or captured warriors, or from another caste who were trying to win their freedom, and sometimes they were allowed to live to play another day.

‘The Game’ was a team sport and had a distinctive court known as the Tlachtli or Tlachco. Each team had anywhere from two to seven players and the idea was to put a hard rubber ball through rings placed on the side walls of the court without using your hands, arms, feet (in some cases) knees or legs. There were a few cases where other means of scoring were provided.

The betting on these matches was always heavy for both the amateur and professional teams, as well as on individual players. It was not unheard of for a man to bet his wife or children into slavery, or even himself sometimes. That’s not to mention his home, fields, corn supplies and maguey plants.

Again, probably for the older set, the Mesoamerican culture had a dice game called Patolli. It reminds me a little of Parcheesi, which is originally from India.

Here is a popular dice game, which was played by people that just wanted to sit and have a nice game of Patolli, and by those that relied on the game for their livelihood. Designed to be played mostly on feast days, it was very portable and designed to be gambled on. 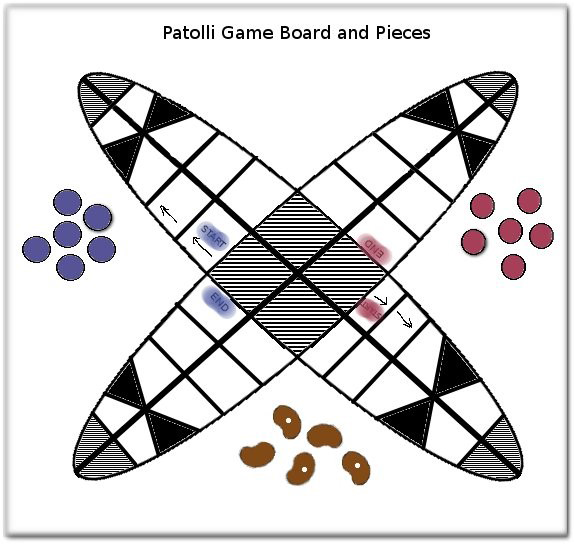 Historians report that people would crowd into a place just to watch and place wagers on this game or others protected and blessed (as it were) by their gods.

Some say Patolli was a blood game. But, if you look over the pantheon of games and of their gods, you will see that here was a series of cultures that looked to human sacrifice for a continued existence and they liked to gamble a lot. 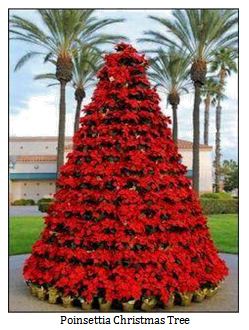