By Kirby Vickery from the March 2018 Edition

I first started going to parades in El Paso Texas, growing up. Sometimes we would freeze trying to have a good time. I have seen the Rose Bowl Parade, Macy’s parade in New York where they spend a fortune on every float to make sure you can’t see the wheels nor the driver and everything is covered in something full of glitter or flowers. I participated in El Cajon, California’s Mother Goose parade in a heavily modified Cadillac Convertible pulling a six foot model of an F-16 mounted on a crepepapered utility trailer. The guy driving the car was a friend who called himself Captain Sticky. A “four hundred and twenty-seven pound, caped crusader against the godless communists in skin tight leotards.”

In each of these parades, the crowds were kept back from the street by barricades and armed police, at least one every few feet along the parade path. I went to the Mardi Gras parade in New Orleans the year after Camille hit. You know those silver and gold chocolate covered coins you see them throwing from the floats in vast amounts? Reach down to get just one and you’ll have three fingers broken in six locations before you can yank it back. Sometimes it got so crowded you had to wait until the guy next to you exhaled so you could inhale. The parade can be only described as, ‘gaudy.’

At the other end of things, I watched my granddaughter play her horn in the Coupeville High School Marching Band. In this parade, there were more people in it than watching. There was no law enforcement anywhere. As a matter of fact, one of a band member’s parents got so enthused she got up and started marching down the street in front of the band. Oh yeah, the floats were all crepe-decorated farm wagons, some with the hay still in them, and all pulled by someone’s freshly washed tractor (mostly). 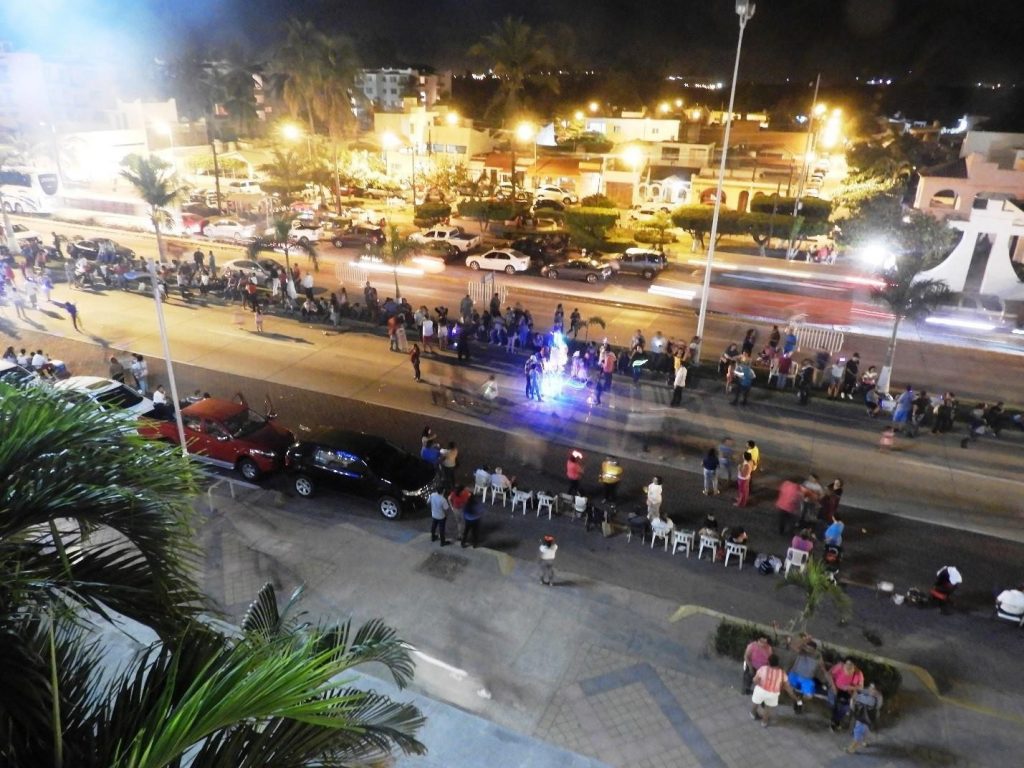 Manzanillo is a rapidly growing Latin city with all of the growing pains everyone has. They have taken it upon themselves to put a wonderful foot forward in the celebration of Mardi Gras. With its size and investiture, it produces a fairly short parade that is definitely loud if not just as colorful. There were no marching bands. There were several Mariachi bands on the floats, but most had DJ’s playing loud (and I do mean loud) music that the people on the floats and behind them could dance to.

All the floats were temporarily decorated flatbed trailers, towed by some of the cleanest and largest long-haul tractors I’ve ever seen, the cabs of which were filled with kids riding in a parade and blowing its air horn. While the women in Rio and in New Orleans are scantly dressed enough to be stared at, the women here had a wider age range and all were covered well enough. I saw a go-go girl whose age was still in the single digits who had just lost her two front teeth while the lady gyrating next to her carried too much weight and had to be helped to re-arrange her blond wig to cover all of her grey. I asked another during her break, while she was petting my puppy, how old she was and she told me she was fourteen and that most of the dancers were members of dancing schools or clubs.

One young man on the first float took my heart away. He had muscles on muscles on muscles and was down along the edge of his float/trailer picking up little children and having his picture taken with them, one right after another. He did a little ‘frug’ with what appeared to be a thirteen-year old. While I was watching, a fourteen-year old ran by me with a cell phone in her hand. She melted when he saw her and invited her up on the float for a picture. I reached out and grabbed the cam-era and got two pictures, one of them cheek to cheek with his massive arm wrapped around her and another of her being kissed on her forehead as he lowered her to the ground. What he missed was her swooning into some of her girlfriends’ arms as he was being driven away and she showed the pictures to them. He just loved kids and was a go-go dancer.

I spotted a typical family of three when they arrived the first day early. Their little girl was about six or seven and could have been an attitude problem. Ah, this is Mexico and I watched as dad played with her while it was getting dark. She got some food and a soft drink from mom and they bought her some Minnie Mouse ears that lit up in different bright colors. You could see the devotion in her manner and face toward her parents. Another young person of about twelve or thirteen had been given a cute, albeit cheap, toy that gets shot up into the air with a thick rubber band. Then it swirls and twirls coming down while being all lit up with a couple of very bright mini lights.

He wasn’t the only child or grown up with this toy. There were several others near him. They were all doing the same thing. Launching these things up in the air, watching them fall while glittering all the way. Most of the kids would race over and try to catch them. Having four lanes of empty road gave them the area to operate in. My boy was the only one that never once caught his. I’m thinking glasses.

The crowds were heavy but courteous. Instead of being held tight against their parents, kids of all ages were running and screaming all over the place. Everyone gave way to them. Everyone enjoyed the parades and the whole time you could hear laughter and see smiles on just about everyone.

If you’re in or near Manzanillo next year about this time, I highly recommend you attend this parade, if not for the parade then just to experience these marvelous people. 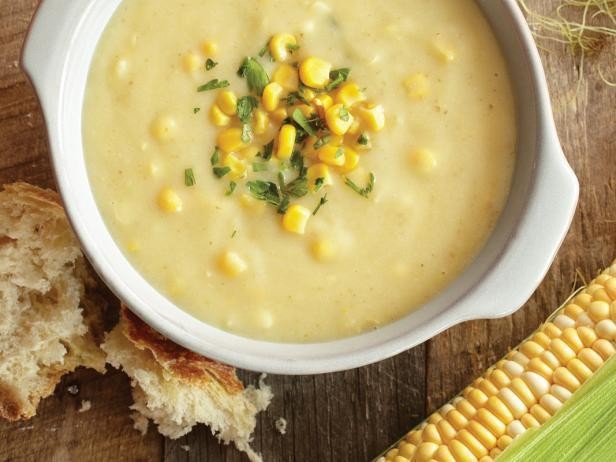 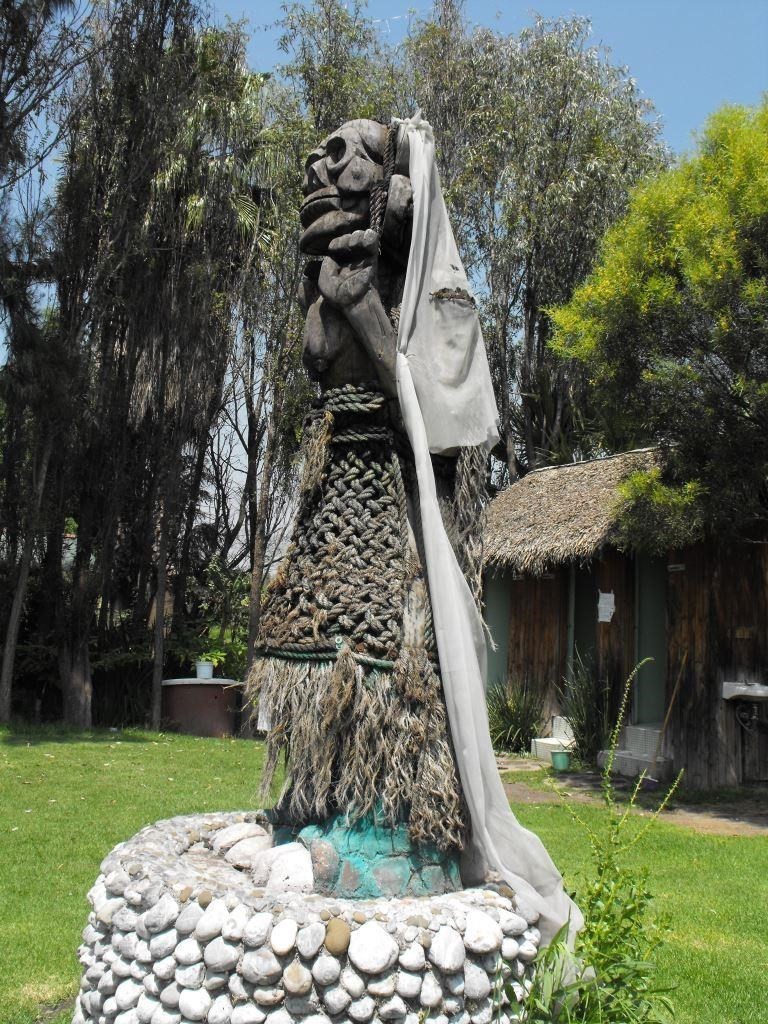 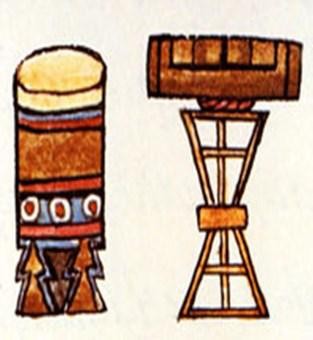