By Tommy Clarkson from the February 2017 Edition

Native to Hispaniola, where it grows in sparse scrub at low elevations on dry hills, this interesting – and 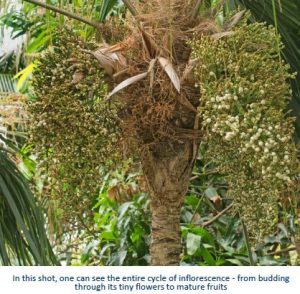 somewhat different looking species is closely related to Coccothrinax and Thrinax palms. A bit of a “hippy wild child” and “free love” sort, it regularly hybridizes with species of the former genus. (But, then again, maybe we might be a bit “irregular” too if every book that discussed us relegated to the last page or so!)

A bit dissimilar from close up pictures of Zombie Palms I have seen in numerous printed and on-line venues, and in that ours is not a clustering sort but rather a solitary, I suspect it may well be cultivar.

The genus name of Zombia is derived from the Haitian Creole name for it, latanier zombie or “ghost palm”. The Latin epithet antillarum means “of the Antilles”.

With a degree of the “ugly duckling syndrome”, it is a bit daunting in appearance at first glance when the palm is younger. But the Zombie Palm will eventually develop into a medium-sized, rather attractive, sort when “grown up”. Its tightly clustering stems and the intricate weaving of its trunk enveloping, leaf stem base fibers are the impetus for its beauty in “adulthood”.

It does have some other rather interesting and unusual growth features.
One should stand back when admiring this character as the ends of the fibers project outward in sharp spines. Some say that its common name comes from the alleged use of these spines as voodoo needles, while other authorities totally dispel this story. If the tree dies and the central core rots away, it may leave a hollow, fibrous column standing alone but with its projecting spines. . . . which is, I suppose, a bit “zombiesque”.

The Zombie Palm sports approximately twenty bright green above and silver below – leaves atop a slender, burlap-like, matted trunk. Its palmate leaves have thirty to forty drooping segments which are split at their tips and are from two to three feet wide (.61 – .91 meters). They have no crown shaft but will grow to approximately ten feet (3.05 meters) tall and the same width with its spreading fronds. Its white flowers are bi sexual and develop into good-looking, roundish fruits, one inch (2.54 cm) in diameter. (I’ve read of orange fruited specimens being known to exist but have not seen them.) Bees and other insects like the palm’s blossoms.

My books assert that it is a clumping variety. However, as noted earlier, our single specimen seems bent on a lonely, solitary trunk existence.

The Zombia antillarum has high salt and drought tolerance, prefers moderate to full sunlight, has low nutritional needs and is adaptable as to where it plants its roots. About all it requests is good drainage. While it doesn’t demand a lot of water, it will grow better and look prettier with regular watering. As it handles salt well, it makes a good palm for planting near the ocean. Its seeds will germinate in around two months, should you wish to grow your own.

As to proper placement in one’s garden, I’d encourage that you showcase it in a location where its somewhat-unique stems can be appreciated. I’ve read in no few publications similar comments of this species that, as Riffle states, has a “natural tendency . . . to form dense clumps that obscure the trunks, resulting in a mound of foliage in which, not only the trunks, but also the shape of the leaves, are obscured.”

He goes on to advise that “Some judicious pruning out of the stem (will) reveal . . . . the wondrous woven fibers and their spiny projections.” When they are in season, also seen at that time, are the ghostly, white or greenish-white fruits.

One might consider using it as an indoors specimen but ensure that it has a significant amount of light and good air circulation.

But let’s get back to that creepy, zombie stuff. According to a 2004 article by F.B. Taylor and J.C. Timyan in Economic Botany, purportedly, “The people of Gros-Morne, Haiti, believe that the yellowish-brown oil produced by the seeds is a “sense-activator” used to stimulate all five senses. They (also) believe this oil can be used to “awaken” a zombie back to life.” 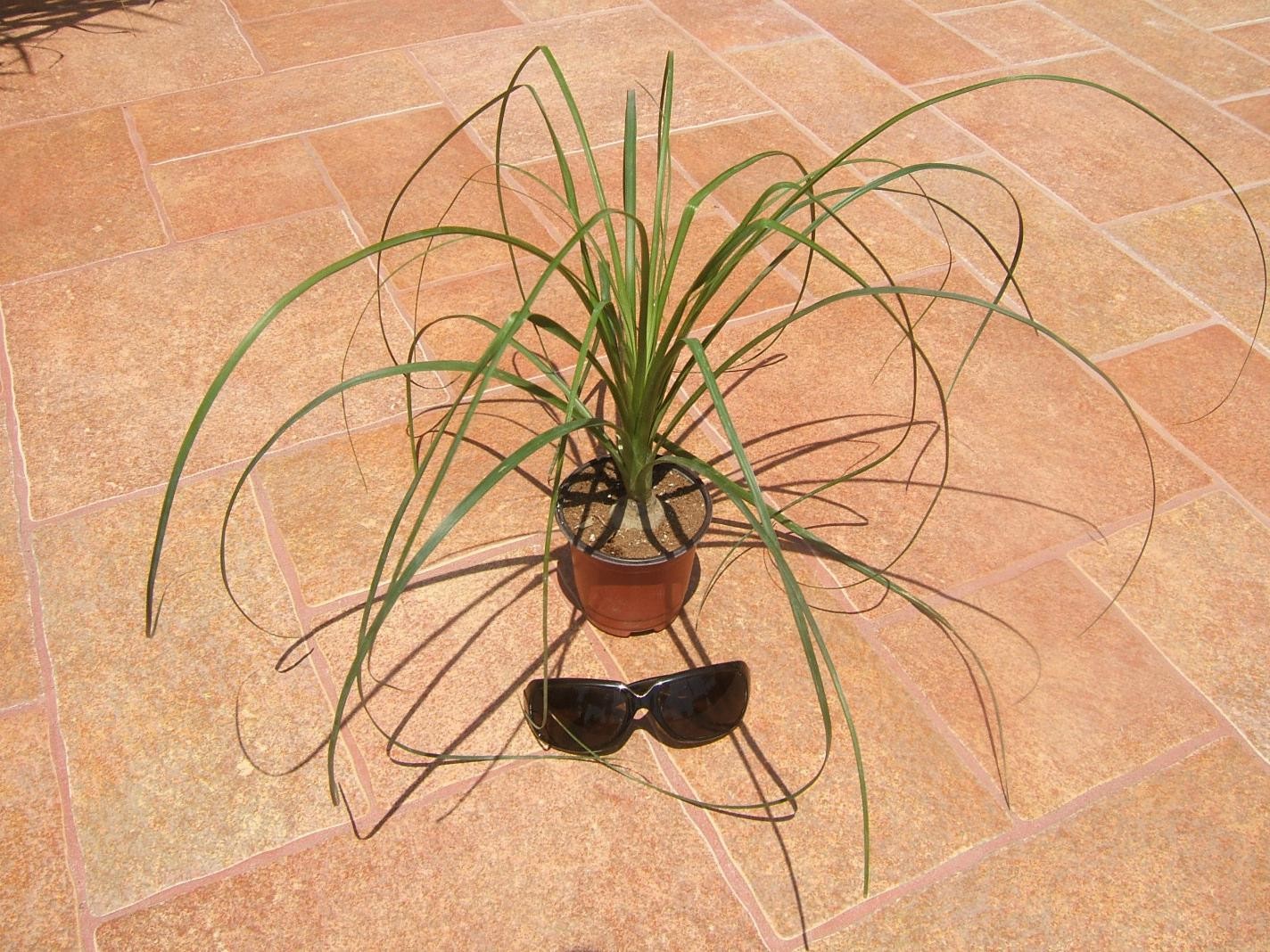 Planning: Is a Living Trust Right for You?