By Tommy Clarkson from the December 2018 Edition

(Before we go one word further, if you’ve read and remember what I wrote about the Bleeding Heart (Clerodendrom thomsoniae) in volume I of this series, you already know over 90% of what you might wish about this guy. They are, definitely, close family. In fact, when the blooms of the latter are in their later, purple-colored stage, the bushes are all but indistinguishable, unless closely scrutinized!)

Appropriate thereto, Eric Schmidt, of the Leu Gardens in Florida wrote the following, germane, comments on this group: “The genus Clerodendrum contains approximately 400 different species of shrubs and vines. Most of these are native to subtropical and tropical regions. Recently, the species has gone under some taxonomic changes.

Clerodendrum formerly was a member of the Verbenaceae Family but now (as with many of them previously of that group) have been placed into the Lamiaceae Family making it related to some common garden plants such as lavender (Lavandula), mint (Mentha), rosemary (Rosmarinus officinalis), coleus (Solenostemon scutellarioides) and sage (Salvia). Many of these species are grown for their colorful or fragrant flowers. The flowers are tubular shaped and are produced in clusters or panicles. Some also produce colorful calyxes and fruit following the flowers. Many of these are good butterfly plants.”

Now as to a discussion on the Clerodendrum x speciosum specifically, what can we say? By way of brief overview, we can call it a full, shrubby, sun-loving, evergreen vine. In discussion of its heredity, we would be correct in asserting that it is a sterile hybrid of the Glory Tree some call it a Flaming Glorybower (Clerodendrum splendens) and Bleeding Heart (Clerodendrum thomsoniae).

In describing it, we would be accurate in stating that it is a fairly rapid growing vine, reaching up to, potentially, twenty-five to thirty feet (7.62 to 9.14 meters) and it has dark green, glossy, oval leaves that, in a healthy specimen, reach five to seven inches (12.7 to 17.78 cm) in length. Its pride and joy its flowers are displayed in clusters of bicolored blooms with a dull pink, through light purple, to reddish calyx surrounding a short tube of deep crimson, shaded with violet.

Hardier than most Clerodendrums, if grown further north (read: Gringolandia and points beyond), when planted in partly shaded locations that are shielded from harsh chilling winds though why any of us would seek such a locale to live is well beyond me it should survive most frosts and freezes unscathed. However, for such folks, there is another option.

Accordingly to the Missouri Botanical Garden professionals, “To grow (these bushes) indoors, a winter rest is required. This can be accomplished by moving the vine to a cooler location away from any heat source. A spot between 60 to 65 F degrees (15.56 to 18.33 ℃) during the day and 5 to 10 F degrees (-5 to 12.22℃) degrees; lower at night would be ideal. Some leaf-drop is a normal response to entering winter dormancy. During this period, water just enough to keep the soil from drying out and withhold fertilizer.

It is the quintessential full, shrubby, sun-loving, evergreen vine.

In late winter or early spring, prune the vine before new growth emerges. Because flower buds are produced on the current season’s growth, pruning at this time will encourage the production of vigorous flowering shoots. Do not be afraid to prune severely. Thin out old, overcrowded shoots and any other farreaching growth to keep the vine in bounds. After pruning, move the plant to a warm, brightly lit location or outdoors if temperatures have warmed sufficiently. Water when the soil surface feels dry.”

In that it does not sucker nor set seeds, the Hybrid Glory Bower Vine is non-invasive. A rapid grower, it is a great choice for use on trellises, arbors, archways or with tall fences. If it had its absolute “druthers”, it would like to receive bright, daylong shade or morning sun and afternoon shade. It is pest and droughttolerant.

Its leaves are all but indistinguishable from its kin, the Bleeding Heart.

It needs minimal maintenance. Though, that said, I might encourage that, before establishing your Hybrid Glory Bower Vine within your garden, that you enrich its new home site with organic matter.

I mingle in some of our own compost and dried cow manure. Post-planting, mulch around and a ways out from the root ball. Those that are kept mulched throughout their lives rarely need watering and, virtually never, need plant food. 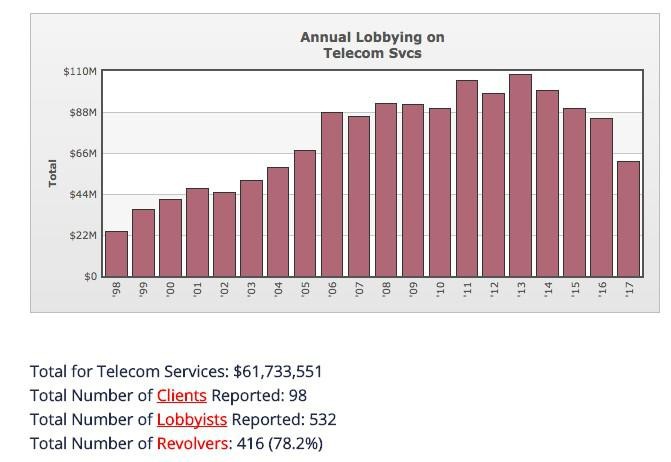 Should You Care if Net Neutrality Dies?