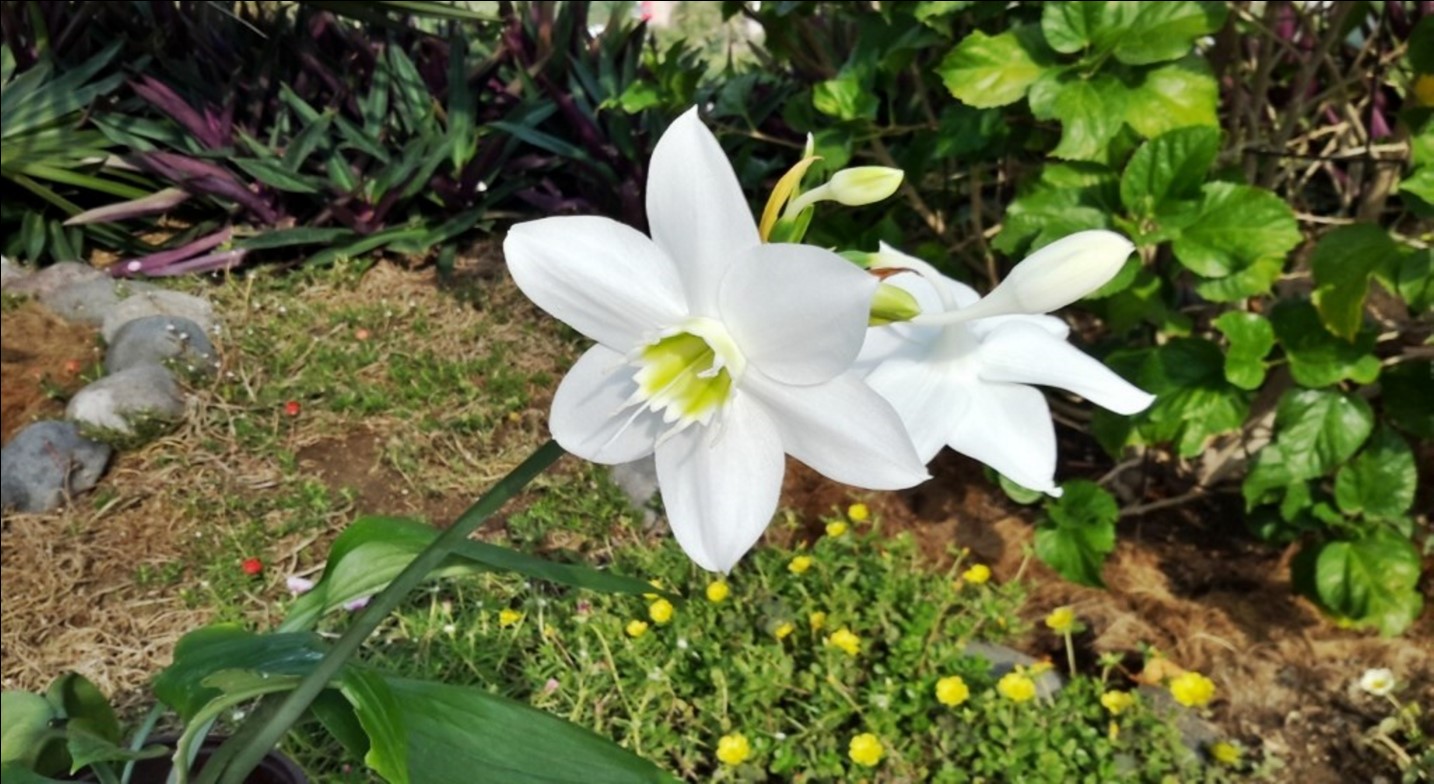 By Tommy Clarkson  the April 2019 Edition

The Eucharis Amazonica comes from the South American Andes of Columbia and Peru –not, as the names implies, the Amazon. But the confounding, plant identification monster has, again, reared its ugly head with some botanists, stating there is a slightly smaller E. ulei that is very similar in appearance. Also, it was formerly identified as E. grandiflora.

Additionally, by some, apparently, it is sometimes assigned to the Liliaceae family. Furthermore, the identification issue has been additionally compounded in that I have seen pictures of what appears to be this plant called a Brisbane Lily (Proiphys amboinensis) with the citation of its origin as Malaysia. I knew that, as a result of the beautiful flowers, eucharis is compound word coming from the Green eu, meaning “good, true, original,” and charis meaning “loveliness, grace, and favor.” Also, I knew that its leaves are amazingly shiny and glisten of their own accord. Much beyond that, I knew not much. So I em-barked upon a quest to either clear -or muddy, yet more these waters!

From some personal experience, as well as discussions with friends, sharing of information with area vivero (nursery) acquaintances and general “here and there” data. I knew that the Amazon Lily produces clusters of fragrant, star-shaped white flowers up to three times a year.

In my collection of semi-and tropical-plant publications, both the 428-page, cram-packed with great tropical data book, The Tropical Look, and 594-page tome, Flowering Plants of the Ne-otropics, allude only one time -in mere single-word mention -of the genus, Eucharis. Frustrated, and as if I knew what I was doing, I then impotently directed my search to the all-Spanish, 496-page, Historia Natural: Vida de los Animales de Las Plantas y de la Tierra (Natural History Life of Plants and Animals and the Earth). (I believe you can well guess what success I achieved there!). But those three books aren’t the only resource fish in the tropical plant sea!

Recognizing that, perhaps, I was being too “old school” thumbing through my books, I next dipped into cyberspace. According to the University of Florida’s IFAS Extension Service, the “Amazon Lily forms tight, compact rosettes of deep-green, glossy leaves, up to several inches wide and tall spikes of fragrant, long-lasting, waxy, white flowers.” I also learned that it can grow from one to two feet (30.48 -60.96 cm) in both height and width. As such, it can remain undisturbed for many years in that it actually blooms better under-crowded conditions, regardless whether its home is a pot or thriving, out-doors, in clumps. Beyond that was the information stating that the leaves, primarily, emerge directly from the soil without a stem.

Next, I entered the files of the Missouri Botanical Garden. From there, I ascertained that the Amazon Lily is “low maintenance,” seeks partial shade, but a “medium” amount on a regular watering schedule and can’t handle temperatures below fifty-five degrees Fahrenheit (12.78 C°).

This site elaborated with the following, “The bulbous Eucharis amazonica is from the Amaryllis family. Waxy, white, daffodil-like (triandrus) flowers, in clusters of three to six, that bloom atop stems. They are eighteen to twenty-four inches (45.72-60.96 cm) tall.

Flowers are fragrant. Glossy, oval to elliptic, long-petioled leaves are evergreen and rather attractive when flowers are not in bloom. As to insect or disease problems, caterpillars, slugs, snails, spider mites, bulb mites, possible plant viruses and bulb rot could present themselves.

Many plant their Amazon Lilies in a pot. If so, place them with their bulb neck tips slightly above the soil surface, which should be kept consistently moist during its warmer times. It prefers areas of high humidity which is sun-dappled or in bright shade definitely not direct sun.

If growing in a container, the best flowering occurs when its roots are pot-bound. Wherever located, its bulbs do not care to be disturbed. As a result, repot only when absolutely necessary. We must be doing something correct without employing this technique, but I have read that, in order to induce blooming, one needs to significantly reduce watering following blooming, to the point where the soil actually remains nearly completely dry for about one month, recommencing the watering schedule when new growth appears.

For those enjoying it out-of-doors, “up north,” about the only places this somewhat tender plant will grow is south Florida and southern Texas. Thriving in moveable pots is an entirely different thing! 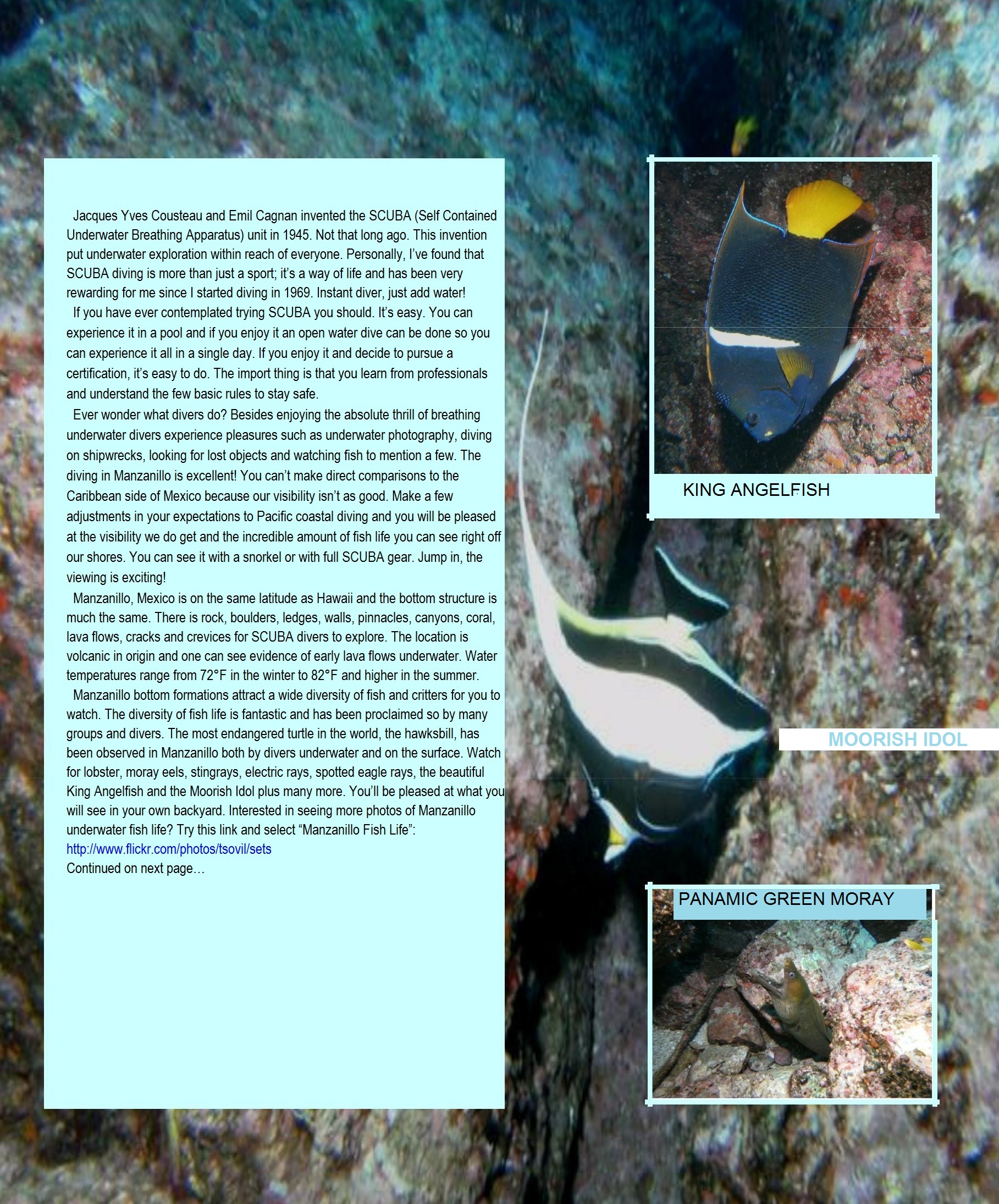