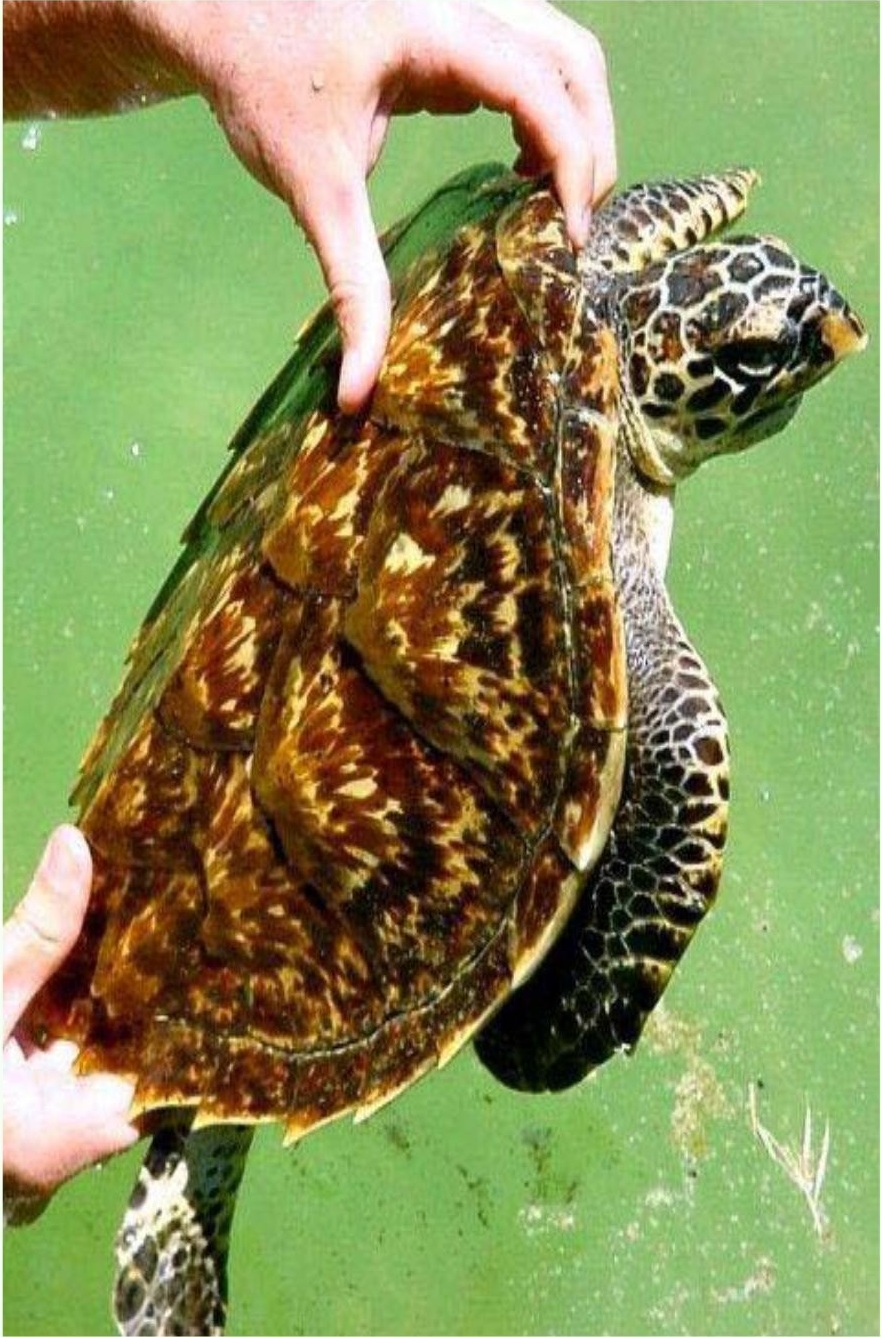 By Terry Sovil  from the June 2010 Edition

The hawksbill turtle is considered a critically endangered sea turtle and was thought to be extinct on the Pacific east coast. Recent studies by the
Eastern Pacific Hawksbill Initiative have determined that there are By Terry Sovil hawksbill turtles along the stretch of the Gold Coast. The hawksbill turtle faces a triple-threat due to commercial exploitation: 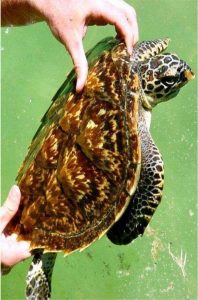 harvest of its meat and eggs for food and for its shell which is used to make hair clips, combs, jewelry etc.

A recent visit to Manzanillo by a research team from the Eastern Hawksbill Initiative occurred late last July. Alexander Gaos, his wife Ingrid Yañez, and their new assistant, son Joaquinn (1 ½ years), have formed the group Proyecto ¡CAREY! and with International cooperation have been studying and looking for hawksbill turtles along the Baja, mainland and farther south. During their Manzanillo visit several turtles were observed and one was caught and tagged. Visit their website at: www.hawksbill.org.

The Aquatic Sports and Adventures dive shop in Manzanillo is working to help promote and monitor sightings. This is an incredibly valuable and fragile sea creature worth far more in the open seas than their value as a steak or a hair comb. The hawksbill turtle shell is still in demand. Some Caribbean areas allow a legal catch of hawksbill turtles including the British Virgin Islands, Cayman Islands, Cuba, Haiti and the Turks & Caicos Islands (U.K.). Hawksbill products are openly displayed in the Dominican Republic and Jamaica despite a ban on harvesting hawksbills and eggs.

Directed harvest exists in the Pacific. This is an intentional and systematic harvest of nesting female turtles and their eggs both on the beach and in the water. Incidental capture by fishing nets, primarily gillnets, also causes damage to recovery.
You can identity a hawksbill turtle because of its long, tapered head that ends in a beak-like mouth more sharply pronounced and hooked than other sea turtles. The hawksbill’s arms have two visible claws on each flipper. It has very distinct shell structure (scutes) that overlap near the rear to give a look similar to a serrated saw or a steak knife.