By Suzanne A. Marshall from the February 2015 Edition

Most of us relate to silly moments in life that we’d like to take back. This is largely because in retrospect you can see it all so clearly and wonder ‘what was I thinking’.

It’s Christmas time (Navidad) on the beaches of Manzanillo. New Year’s Eve is approaching and throngs of vacationers are walking, swimming and picnicking from baskets and coolers under flapping umbrellas stuck deeply in the sand. This stretch of beach is not usually busy except for a few local fishermen casting with their rods into the surf, or others having a mid-afternoon siesta. Today however, the children are busy screaming and laughing in the surf or playing in the sand with pails and shovels. It’s festive! I love this time of year for its ability to exude such a wonderful sense of community.

As I walk the beach near the retreating surf with friends from Guadalajara I note the return of the brown pelicans and their entourage of white seabirds who scavenge leftovers from the birds. Obviously, the schools of migrating fish have returned as well. The pelicans waste no time diving for their dinner and there are hundreds of small minnows skidding back to
the water’s edge or being scooped up by the next wave hitting the shore. The sounds of the surf, the crying gulls, the children and their families playing and laughing, wrap us all up in a blanket of contentment and good fortune. We are so lucky to be here escaping the harsh northern winter.

Suddenly we come upon a beached school of fish still gleaming and flapping their tails and twisting their bodies to find water. My friends and I scan the shoreline to see if any of the locals are here fishing along this stretch. We see no one. No lines in the water or buckets on the beach or the nets they use by throwing them like big carpets over the retreating surf.

Two of us wrongly decide that given the strong surf, the deep undertow and the pelican activity, that these poor creatures had been thrown up onto the beach and needed to be rescued. “Nah, just leave them there” say the others. But from some silly sense of ‘nature-hood’ (I’m inventing a new word) two of us each pick up a fish by its tail and throw them both back into the surf! It was a bit tricky because these fish were as big as 3-4 lbs., slippery and squirming.

On our way back for another rescue we hear a lot of hollering in Spanish and a man appears out of the crowds running up the beach toward us waving his hands and telling us to stop! I don’t know where he came from but of course with immediate embarrassment and guilt I dropped the second fish back on the sand and readied myself for an apology with my very limited Spanish. Now I can’t say that I wouldn’t react the same way again under the same circumstances. Who wants to see so many animals gasping for life on a beach and do nothing I ask you?

Of course in retrospect I have to ask myself, what were the chances that a school of fish would beach themselves up onto dry sand? But our hearts were in the right place. Everyone on the beach who had turned to see the commotion had a really good laugh including ourselves and the fisherman, who was mostly relieved when we managed to explain we had only thrown two back in! 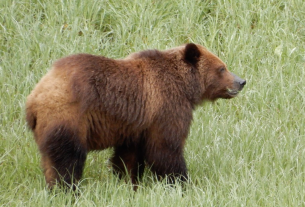 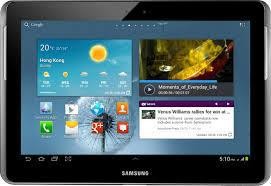 How much computer power do you need?