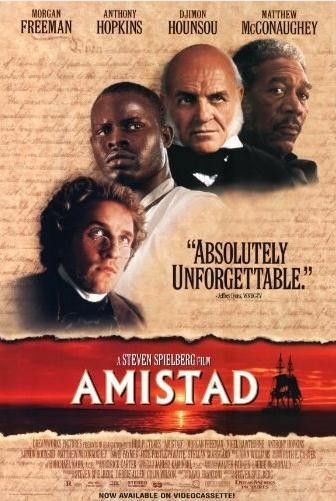 Mystique builds as a contralto hums a haunting Negro spiritual during the opening credits of this 1997 Steven Spielberg film. Then, with the background sounds of creaking sailing ship rigging, Mr. Spielberg builds a compelling suspense. His camera focuses across the eyes of a black man. One can feel the intensity in those eyes as the sweat builds and starts to run into them. The camera almost immediately answers the viewer’s question of “what” by flicking to a close-up of the man’s fingers as they feverishly work to free a heavy metal spike imbedded in the ship’s structure. The camera flashes from his face to his fingers and back again as the fingernails split under the pressure and become bloody with the effort of freeing the spike.

Still in vivid close ups, the fingers use the freed spike to open the locks of feet and hand shackles as slaves start to move quickly and silently to take control of their sailing vessel which launches the movie “Amistad.” Set in 1838, Spielberg based this movie on a true incident in American history about a group of African people who were abducted and sold into slavery. Spanish slave traders then illegally resold them in Cuba and were shipping them for the North American slave markets as plantation-born slaves.

That first step in their quest for freedom brought them under the brief control of the American Navy and then to a prison in Connecticut. They existed there while the trial for their freedom was prepared and scheduled. This strange incident forced several rulings by the Supreme Court of a young country which not only aided these African people but helped the United States gain strength and position in international politics.

Morgan Freeman, Anthony Hopkins, Djimon Hounsou and Matthew McConaughey combined their acting talent and effort to give the viewer a story which went deeper than just a group of African people gaining their freedom in a new country with new laws and unheard of political intrigue. Spielberg’s presentation goes deeper than most movies to portray an evolution of the feelings, thoughts, and emotions of the characters on both sides of the color line as they overcome obstacles, through growing knowledge, faith, and trust in each other to form a true friendship or amistad in their quest for freedom and mutual justice. 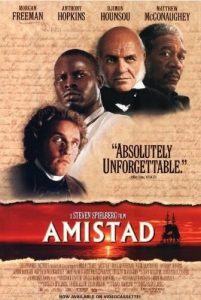 The film’s treatment of the significant events, actions, and settings of the Amistad incident are accurate and historically valid. The average movie attendee should absorb a great deal of period history and incident knowledge by viewing this film. A student of history would be able to gain a lot more knowledge and appreciation of the event through individual comparisons with true documented history because Spielberg weaves his narrative by changing some depictions of a few individuals from their historical accuracy and a subduing of the actual time line.

The Amistad incident itself was fortuitous in its time. The entire series of events involving this incident and this group of African people is very well documented. “Amistad America” is one result. It is a historicallybased society that operates a newly built replica of the Amistad Schooner which is used for historical education purposes. There have been several books written about this incident. Tulane University has an Amistad Research Center and sponsors one of over a million Web sites which concern themselves with the Amistad incident.

Spielberg’s treatment of historical accuracy in some of the characterizations was loose. Mr. Baldwin, the African’s lawyer, was not a starving, fresh from school, lawyer looking for work as portrayed in the movie. In reality he was a highly experienced trail lawyer who was involved because of his strong abolitionist views. The language professor was not a bumbling fool also as portrayed. He was a valuable member of the defense team whose efforts certainly aided in gaining communication and problem resolution for the group. The American President portrayal was also slighted, and the time line was blurred to give the viewer the feeling that all this happened in a period of a weeks or months not the two years it actually took to get through the trials.

There is one major omission in stated historical data which would have made the beginning of the movie more understandable. The viewer is never aware that the Amistad was captured off of New Jersey and towed to Connecticut before landing, because New Jersey was a free state at the time, and Connecticut was a slave state. The Navy’s ship captain could have never attempted to claim salvage rights over the “slave cargo” had he landed them in New Jersey. However, in the hands or the master story teller, Steven Spielberg, these difficulties are re-woven into his version for portrayal and for the average movie enthusiast, completely unnoticeable.

Movies for the general public are by and large made to be entertaining and as such should be used or viewed in that context. It is difficult to make a film about a historical event especially when the producer demonstrates care about accuracy and wants it to sell, too. How deep does he go into reason? What gets left on the cutting room floor which could be termed “historically pertinent” in the interests of time, story line, or even story interest?

What gets changed to build a story which would carry the historical value in a movie? Take Mr. Spielberg’s rendition of Mr. Baldwin. The real, Balding, experienced trial lawyer, and future governor of the state of Connecticut, was not a flamboyant, life of the party, type. Would the story sell if Baldwin was portrayed in the movie as the he truly was? There is an obligation for historical accuracy when a film is termed “A Documentary.” Although this film wasn’t a documentary, it held close to that line. Amistad is a truly enjoyable film.

“Amistad” the movie is the result of a master story teller’s tail of the play and interplay of several groups of people who achieve much more than legal battles over freedom. It seems the Amistad incident happened just so Mr. Spielberg could explore and portray the richness of human emotion and feeling as the characters grew and learned about each other 157 years later.

It was the first of two historically based movies he produced. The other one was Schlinder’s list. Both movies are rich in historical accuracy and drama. Amistad is broader based in that Mr. Spielberg focused more on the different groups evolving toward something rather than a single individual’s saga running from a bad situation. It also left the ending slightly open ended and (because it followed the real Amistad story) it showed the historical impact the incident had on the citizens of the town of Hartford, the state of Connecticut, the United States of America, and the continents of Europe and Africa. 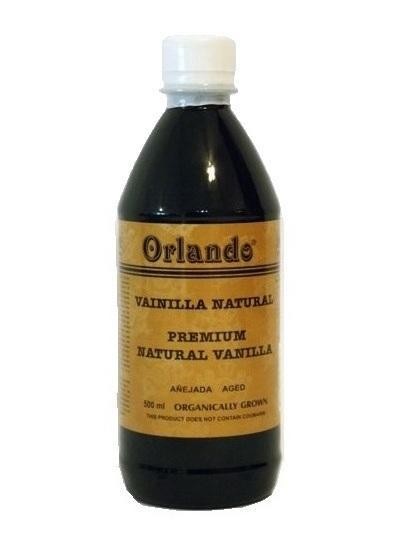 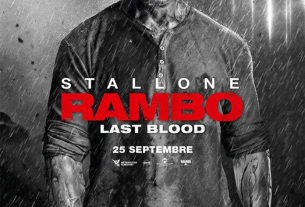