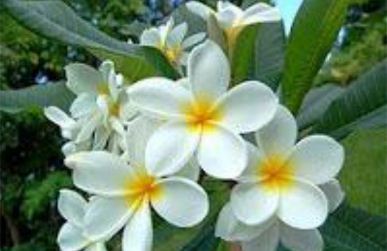 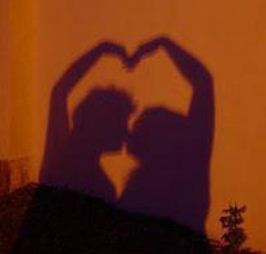 Hernán Cortés de Monroy y Pizarro and his ilk in the early 1500’s. As with most things established by the Aztec, several of these foods had some really good mythological legends about how mankind wound up with them. There was even a blue tree frog that got into the act.
I have found that I inadvertently left one very important food out of the mix and would like to tell you that it was done because it wasn’t an Aztec find. But that’s not the reason. I had just forgotten to add it into the article and am going to rectify that right now. But it is true that the discovery of vanilla and its first producers were not the Aztecs. It was discovered by a people known as the Totonac who lived in and around the area where Veracruz exists today.
First of all, I believe that vanilla is the only food we eat which comes from the orchid plant. I’m not going to go into its popularity because everyone I know can name six of seven major foods which are flavored with it and no one would duplicate another’s list. Currently there are five different kinds on the market and Madagascar, Indonesia or India has the lead in producing it for the world, depending on which source you want to believe.
The fruit the Aztec called tlilxochitl, or “black flower,” after the matured fruit, shrivels and turns black shortly after it is picked. Its production is very labor intensive, with workers having to take many steps to obtain a quality product. 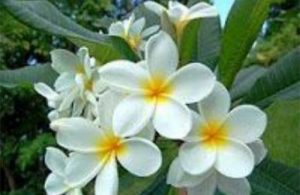 It comes from an Orchid of the same name and is derived from the diminutive of the Spanish word vaina (vaina itself meaning sheath or pod), translates simply as “little pod.” In its native valleys in southern Mexico it is pollinated by the melipona bee which exists nowhere else in the world. This gave the vanilla plant’s expansion a very slow start until a slave discovered that these plants take well to hand pollination.
The Aztec were a warlike people and demanded constant tribute from the peoples they concurred. This was mostly fulfilled by giving slaves for the Sun altar or gold and silver. However, the Aztec really liked the flavor of vanilla and, from the Totonac, they demanded a tribute of processed vanilla.

The legend tells us that the eldest daughter of a family of high placed Totonac aristocrats was a girl of incredible beauty who lived in a palace close to the ceremonial centre of Tajin. One day, Xanath was going to deposit an offering on the statue of Chac-Mool (the divine messenger) when she noticed some beautiful music drifting from behind a courtyard in the ceremonial centre. She peered through the door and saw a young man playing a small flute. It was a handsome and strong young fellow called Tzarahuin.

Now Xanath loved music, and soon they were exchanging tunes, songs and laughter. One could say that it 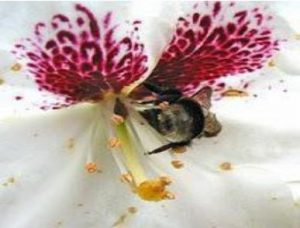 was love at first sight. They tried to meet as often as possible.
Their love grew and matured although Xanath was a noblewoman, and Tzarahuin was nothing more than a lowly artist. But, what an artist! He played music, particularly wind conches, the magical instruments with which to summon people to the ceremonies.
He was also a painter. He had been sent as a young lad to the school in the temple, where the teachers soon discovered his ability for the arts and soon he was allowed to be part of a troupe of artist craftsmen who painted and decorated the hundreds of niches in the ceremonial centre.

He came from a family of farmers and, when he was free from his duties in the temple, he helped them tend their orchard plants. He was often very busy working in the upkeep of the temple, but always liked to help his family, especially during the harvest season, which is where he was coming when he met Xanath.

One day, as Xanath was on her way to meet Tzarahuin, when she caught the eye of the fat god of Happiness (His Aztec name is Xochipilli but I can’t find any reference to what he was called by the Totonac. So I will use the Aztec name.). His eyes followed her as she ran through the ceremonial centre. He admired the fragility of her frame, and the agility of her movements. The more he saw of her, the more he wanted her. He probably wasn’t stalking her but if he wasn’t he was coming very close to it. Twice, he approached her and tried to speak to her, but she ran away, frightened that the Xochipilli would wish to speak to a human Totonac girl. He was not to be dissuaded easily and tried a third time to approach Xanath. This time, she stayed and listened to what the god had to tell her.

Xanath listened carefully and after the god of Happiness confessed his love for her, she sadly told him that she could not marry him, because her heart already belonged to another. Xochipilli was angry that a simple Totonac girl would refuse him. He went to visit the girl’s father and gave him secrets that were only known to the gods.

So the wealth and prestige of Xanath’s father increased greatly. Soon, after this, Xanath was ordered by her father to marry Xochipilli. However, Xanath, full of inner strength, defied both her father and the god of Happiness. She refused to leave Tzarahuin. In total rage, the god of Happiness transformed Xanath into a feeble, delicate plant, with lovely white flowers and an intoxicating smell. When Tzarahuin found out what had happened to Xanath, he took his own life, at the foot of the plant.

The legend tells us however, that he comes back every spring in the form of a humble melipona bee and spends hours tenderly circling around the petals of the vanilla flower, making love to his Xanath.

“The Sky is Falling” Chicken Little 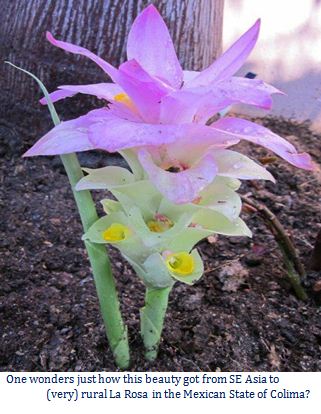