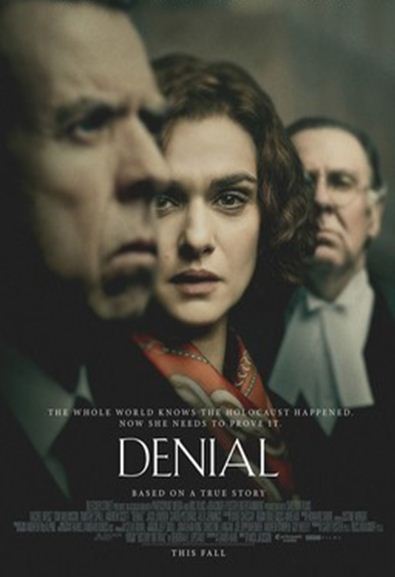 By Suzanne A. Marshall from the June 2017 Edition 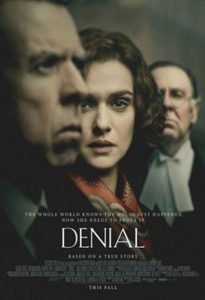 “Acclaimed writer and historian, Deborah E. Lipstadt, must battle for historical truth to prove the Holocaust actually occurred when David Irving, a renowned denier, sues her for libel.”

‘Denial’ is a 2016 British-American historical drama film based on the book by Deborah Lipstadt: History on Trial: My Day in Court with A Holocaust Denier.

The film is an engaging, court-room drama that takes the audience into the UK legal system where the law suit is being tried. Deborah Lipstadt is an American professor of Holocaust studies whose speaking engagement is disrupted by David Irving, a Nazi German Scholar.

Through the course of the trail which plays out over a number of years, we are taken on a journey that lays out the issues of the WW11 Holocaust movement during Hitler’s reign in Ger- many. This drama is thoughtful, intense and extremely well- acted and produced. The trial is supplemented with visual in- sights into the life of Lipstadt and the still-haunting location of the Auschwitz death camp in Poland.

Hello, My Name is Doris (Netflix)