By Terry Sovil  from the May 2018 Edition

Cha Cha what? The first thing you will need to know is how to pronounce Chachalaca. It is “cha cha lock ah”. When you listen to their song, many think that is what the bird is saying. These birds are really fascinating to watch, and hear! I’ve been fortunate the last few years to have some in our completely overrun jungle beyond our back yard. About two years ago, they had babies and I got to see Mom, Dad and 3 babies walk down our wall. This year they have been active again and I saw a display I’ll probably never see again. While noisy, they are very private and shy. They can be hard to spot. Getting a good photo is very difficult.

There are several different species of this bird and some over-lap areas. All are part of the West Mexican Chachalaca group. Texas has some, at the very bottom of their state. It is the
“Plain Chachalaca”.

White-bellied Chachalaca is what we have here in Manzanillo.

The Chachalaca is a very loud and vocal member of the Cracidfamily. They are found on the Pacific Slope of Western Mexico from southern Mexico south to western Nicaragua. Various studies have listed them in two groups, but they are all part of the Chachalaca family. They are not turkeys, although they may remind you of one! It is a relative of guans and curassows.

The white-bellied Chachalaca is not really very colorful but they sure can “speak” with authority. It has a gruff, throaty, rhythmic chattering, usually performed by several animals at the same time. They can be heard a long way off which helps reveal their location. They do spend time in the tropical forests but, with development, you can find them living within green cities and developed areas. They will often travel in groups of 6 or more
birds. 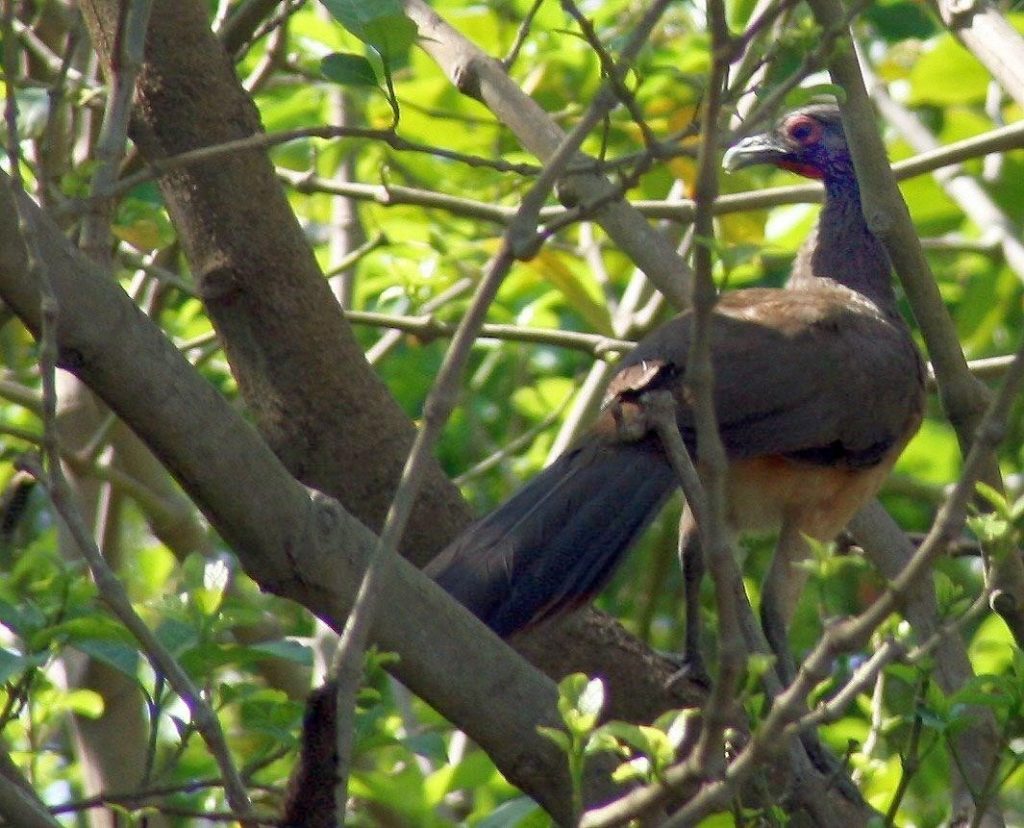 The White-bellied Chachalaca has a dull white belly that contrasts with its brown breast. They are found in swamp forest, second-growth scrub (our back-yard area) and mangroves, but also drier habitats such as dry forest, pastures and plantation edges. Vegetarians, mostly, they will eat leaves, fruits, seeds and flowers in the tree canopy. If in the mood, they will eat insects and maybe even a small reptile. They are rarely seen on the ground. They stick to the higher forest canopy areas and like dense growth where they can blend in.

When they are ready to raise a family, the nest isn’t a big project. They build a platform with flattened leaves pretty low to the ground. They are tolerant of humans. They typically lay 2-3, sometimes 4, eggs. The female lays the eggs and incubates them for 24 days. The new born are “precocial”, meaning relatively mature and mobile as soon as they hatch. This allows them to avoid predators (falcons, hawks). The young are usually only on the nest for a few days and then they move to the ground. The parents track where they are and bring food. The young have baby feathers in a few days and full adult feathers in 3-4 weeks.

All species have long tails, fairly long and stout knees, long necks and loud calls. West Mexican Chachalaca is a relatively large Chachalaca. The upperparts and upper breast generally are grayish brown, but the head and upper neck are grayer. The lower breast and belly are white, with cinnamon under tail coverts. The tips of the tail feathers are broadly tipped with creamy buff. The sexes are similar.

Rufous-bellied Chachalaca (Ortalis wagleri) is a similar species that occurs in western Mexico from southern Sonora to extreme northern Jalisco, and so apparently replaces West Mexican Chachalaca very abruptly. The most distinctive feature is a rust colored-belly. The status of these two species is unclear, as some hybrids or intergrades have been reported. In areas where the two species approach one another, West Mexican Chachalaca occurs at higher elevations in more humid forests. 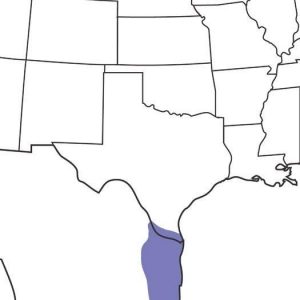 All of them are social birds, living in groups (parents, former offspring or “friends”). They do form breeding pairs and have a short courtship which includes calls back and forth, mutual preening and feeding, and a bit of dancing/chasing. The courtship is normally on the ground and then they proceed to build the nest.

Well, you’ve heard a lot about the sound. Here is a link to take you to a good recording so you can hear it for yourself. Please TURN YOUR VOLUME all the way UP.