By Freda Rumford from the January 2011 Edition

Have you ever had one of those days where you wished you had stayed in bed? Had my guardian angel been awake instead of asleep on my shoulder, she would have warned me that this was a not a day to spend gallivanting the side streets of Guadalajara. The planets were shifting, the sands moving stay in bed for the day. Although I probably wouldn’t have listened, as I was contemplating the mouth watering mushroom omelette, the chef at the canteen in Cento Medico would be making for me once my business was completed.

I waited for almost two hours as I had been told to be there for 8 a.m., only to find that the signing clerk didn’t start work till 9:00. OK, I could twiddle my thumbs for a while. 9:30 rolled around and still no sign of her. Finally it was just before 10, when with no apologies for being tardy and ignoring my cross, hungry face, she duly signed the document and I was able to leave thirty seconds later. Why bother with having forms signed anyway?

Because I am paid a daily stipend of 100 pesos towards my subsistence! Not to be sneezed at particularly when I can have this great omelette for only 39 pesos

Darn it anyway, they were out of mushroom but they could make a ham & cheese or vegetarian one? Sounded good but I really wanted mushroom. I guessed I could live with either of the other choices and finally got one of each so we could choose.

Now I was starving, thinking of my breakfast as I cautiously picked my way thorough the potholed, uneven pavement of the Guadalajara streets towards the hotel in we were staying in for the duration of radiation treatments. Watching where I was going as I carried the bags with medical papers, two omelettes and 2 bottles of orange juice, I noticed the cyclist coming towards me on the foot path and moved a little to one side. He wasn’t looking my way, neither was he speeding, so it was OK. Next thing I knew there was a shove, as a hand came up to my neck to push my head up and away, then he grabbed my gold chain with small spaniel pendant, giving it a hard yank and sped off. I was stunned had I been robbed?

I was MAD! I liked that chain and pendant, not particularly expensive but the thought behind my receiving it was well appreciated.

Now the cyclist was really speeding towards the corner as though the Hounds of the Baskervilles were following him. No they weren’t, and no-one else had seen what was happening but what was following very closely behind him were the high decibel sounds of Ancient Anglo-Saxon Curses. My mother would have been shocked at the sounds emanating from my mouth. I really didn’t care, no-one understood what I was saying and even if they did they would know they were well and truly meant (and deserved).

I had been mugged and I was fuming about it.

No one really took much notice of me yelling, I wasn’t asking for help, in actual fact there was no sign of an attack, no-one rolling on the floor in agony. Just a mad fishwife standing in the middle of a cracked footpath yelling her head off with sounds and words no-one had heard before.

It was only much later as I lay in bed that night considering what had happened at 11.00 a.m. that morning that I remembered the gentle shove and quick grab at my neck as the chain broke, but I was totally unharmed. That cyclist did not intend to hurt me at all and could have done so very easily. He had obviously done it before and it would have taken no more energy for him to have used a switch blade but he didn’t. (They probably would have in London). I’m not hurt but boy am I mad and boy I wish I had stayed in bed, then it would never have happened. 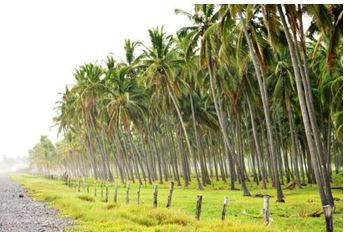 It’s Official… I Think The Same As You.