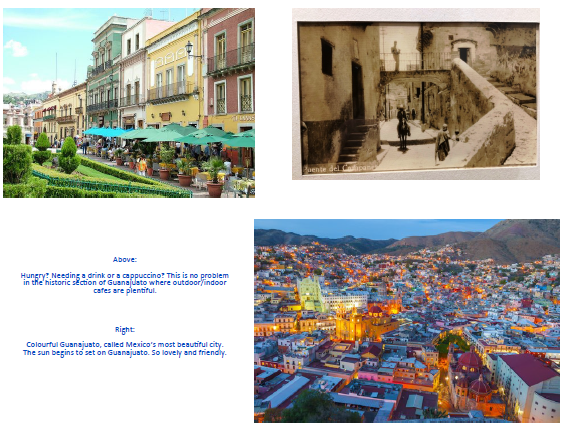 By Suzanne A. Marshall on the September 2019 Edition

When we won the Bed and Breakfast hotel bid (at the Bocce Ball fundraiser in February), we thought that we would make plans for late summer to fulfill this trip. And, since my husband decided this would be a late birthday gift, I happily waited until August when I knew it would be very hot in Manzanillo. And it turned out to be a reprieve from the hottest summer we’ve experienced thus far!

We headed out to Ajijic, Jalisco to stay with Lorraine at her BnB named Estrellitas and enjoyed a lovely visit; lakeside walking (Lake Chapala), gawking and window shopping and eating some lovely meals. We truly enjoyed our two day stay.

But this was not to be the end of our travels. We had decided that, since we were half the way there, we would carry on by car to breathtaking Guanajuato City. We were not disappointed.

It turned out to be about a 4 hr drive and ended in the heart of the historic section, where we relinquished all hope of finding our hotel and thankfully found some help from a hotel bell-man passing by, who jumped in the car and gave us directions to the property; and then to a parking area we would never have found. You see, Guanajuato is an ancient city full of colour and history and incredibly narrow streets. Some are actually ‘walking only’. 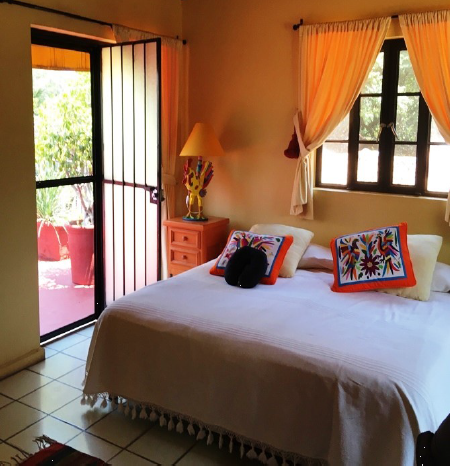 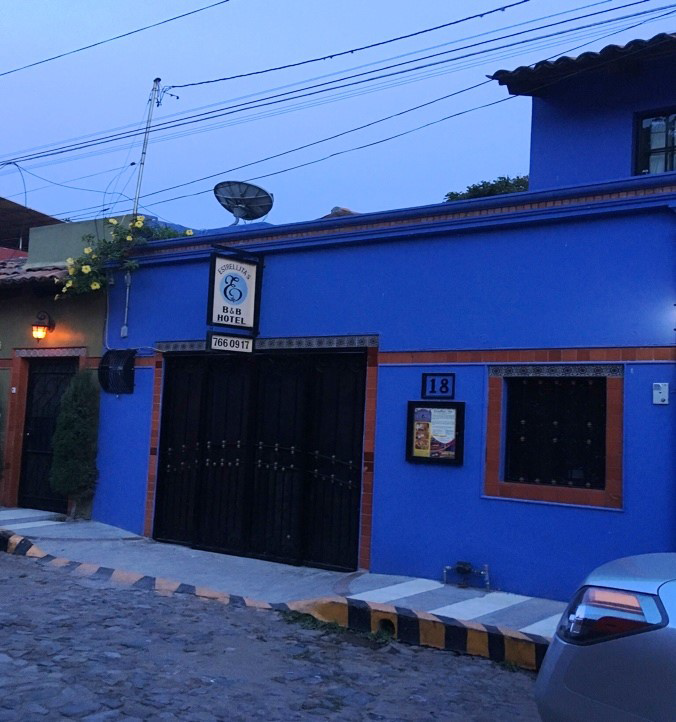 It also has eleven tunnels that move you around ‘single’ file to various parts of this sumptuous place. We were about to em-bark on a very serious walking fitness program for the next 4 days and indeed we did. We walked up and down the narrow streets and found various museums and galleries with outdoor cafes everywhere. The city was teeming with tourists and university students so it felt a bit like a carnival and we loved every moment of it. But I’m getting a wee bit ahead of myself.

First, we checked in to Hotel Meson de las Poetas. From the street, it is a plain rose coloured wall with a doorway and a small sign above the door. That’s it! Hmmmmm, just what had we booked ourselves into?

Inside, a long narrow lobby with check-in desks and seating, warm friendly staff, greeted us. A curving stairway further on led us to an open dining room five stories high and an open hallway to the elevator area and up to five floors of beautiful rooms and open sitting terraces complete with patio furnishings and peripheral covered areas with sofas and footstools to relax and read if one wanted. On the fifth-floor rooftop, we could see forever. I fell in love with Guanajuato and we hadn’t unpacked yet!!! 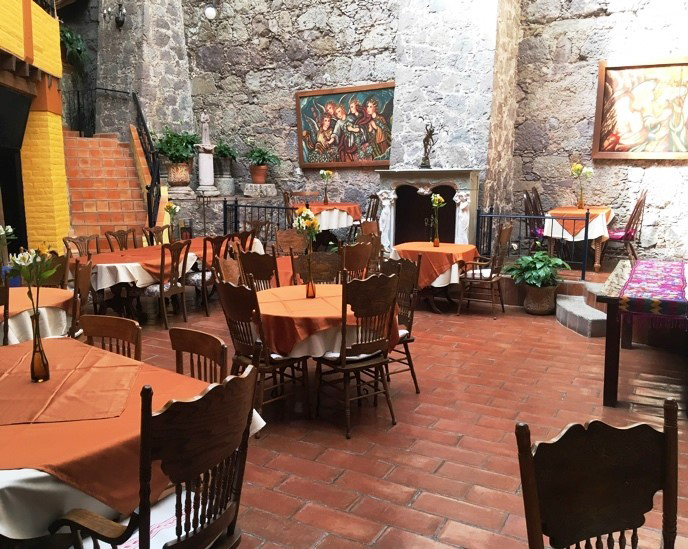 Guanajuato is the capital of the same-named state. Founded in 1548, by the Spanish, one can understand the narrow streets and lanes in the historic sector. Vehicles of any kind were long into the future replacing horses and walking.

It is part of the macro region of Bajío. It is in a long, narrow valley which makes its streets narrow and winding. Many are alleys that cars cannot pass through. Some are long winding stairways up the mountainsides.

The historic centre has numerous small plazas and colonialera mansions, churches and civil constructions built using pink or green sandstone. The city is situated at an elevation of 6,600 feet or 2000 metres and has a population upwards of 200,000. At this elevation, we definitely found our cooler, dryer temperatures in the mid-twenties during the day and mid-teens during the night. 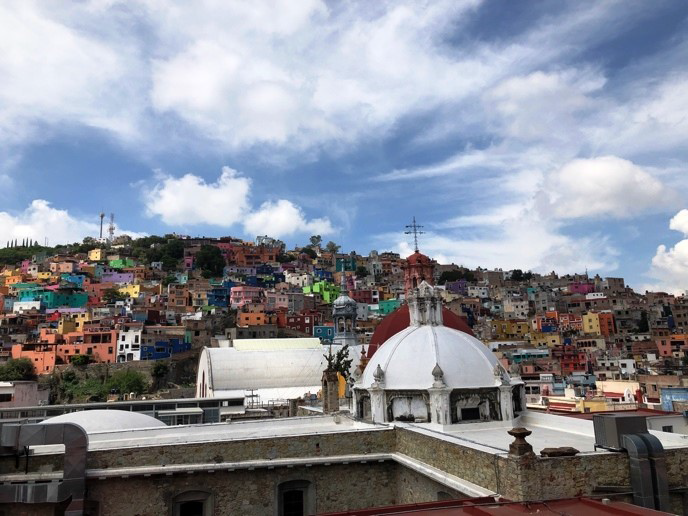 It was very comfortable for all the walking and touring we embarked upon for the next four days. And tour we did. We saw six museums and galleries and rode a little tourist bus (which looked like a locomotive) that took us a little farther afield.

Guanajuato’s growth has resulted from the abundantly available minerals in the mountains surrounding it. This made the city highly influential during colonial times. One of the mines, La Valencia, accounted for two-thirds of the world’s silver production at its busiest point.

The city is the home of the Mummy Museum (which we opted not to see). The mummies were naturally mummified in a cemetery between the 19th and 20th centuries. We concentrated on artworks and historical sites.

Each year, the Festival Internacional Cervantino invites artists from Mexico and around the world to participate. Guanajuato was named a World Heritage Site in 1988. 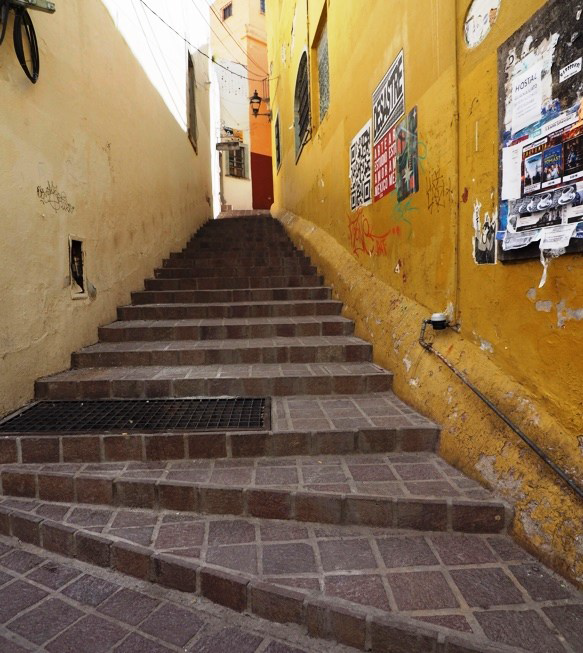 Right next door to our hotel was the museum and original family home of Diego Rivera which we explored, as well as the museum dedicated to the legend of Don Quixote and his side-kick, Sancho; the Museo Palacio de los Poderes; Museo Conde Rul and toured the Teatro Juárez one afternoon. We were de-lighted to find the symphony practicing and to learn that there was an event that night involving flamenco dancers and accompanists. We immediately purchased tickets. 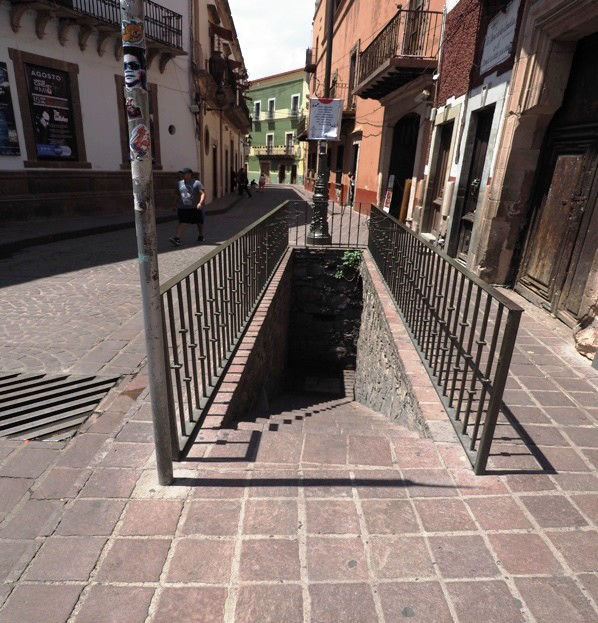 Teatro Juarez is a stunning building, regal and elegant, where university students who attend the University of Guanajuato like to sit on the outside entrance stairways and enjoy the square across the way.

The Pipila monument was erected in 1939. The rosecoloured sculpture is in honour of Juan José de los Reyes Martínez, “El Pipila”, as he came to be known, who was the hero of the struggle for Mexican independence and, by setting fire to its portal with a torch, made possible the taking of the Alhóndiga de Granaditas on September 28th 1810.

To say that we obviously needed more time in this fantastic city is an understatement. There was so much more to see and enjoy. So, of course, that means we need to return and pick up where we left off and I do so look forward to that in the future. 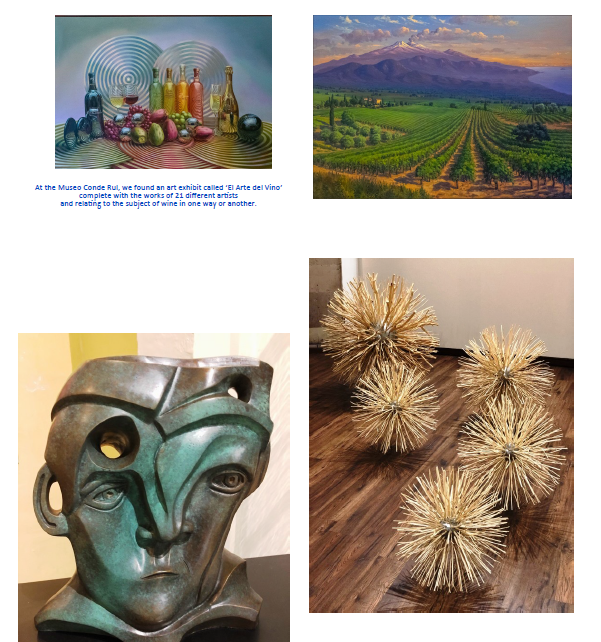 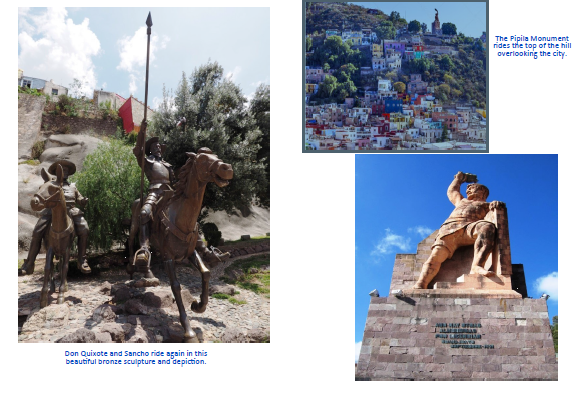 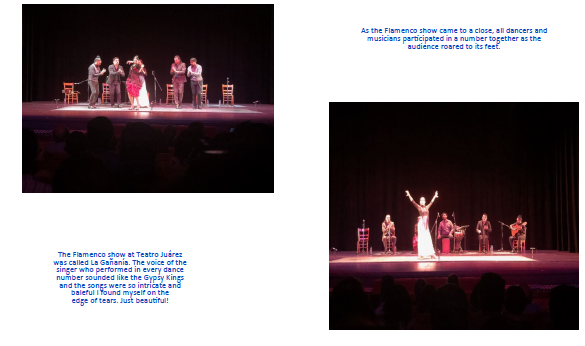 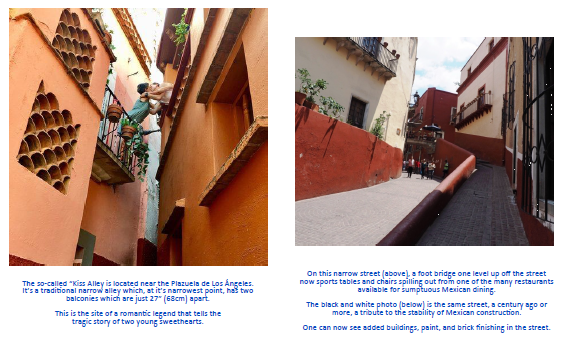 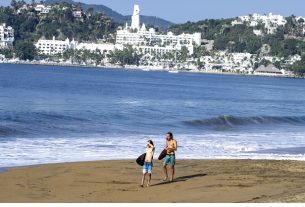 At The Movies – St. Vincent