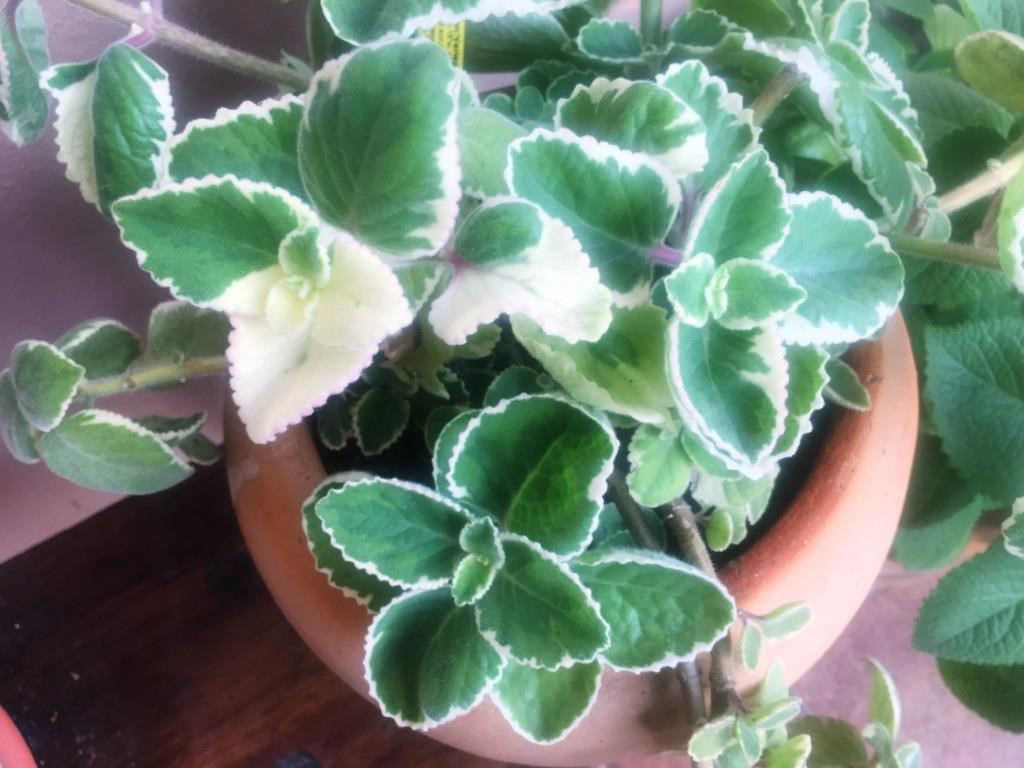 By Tommy Clarkson on the December 2019 Edition

Also known as Oregano Brujo, Broadleaf Thyme, Country Borage, Soup Mint and, virtually, all of the same names as the classic Cuban Oregano

In Volume I of “The Civilized Jungle,” I wrote about the classic Cuban Oregano also known as Mexican Mint, Spanish Thyme, French Oregano or Indian Borage. Well, directly outside of our kitchen, happily pot-thriving among several other of my “what herb shall we cook with today” plants, sits this attractive Variegated Cuban Oregano. Suffice it to say that the leaves of both species have a strong fragrance. (Beyond these two, be aware that that there are actually fifteen to twenty different varieties of oregano.) Virtually all that I earlier put together about its less “gussied up” kin applies to this good-looker! Hence, why repeat myself all that much?

While my, presently in process, book, “The Edible Jungle” (along with “The Medicinal Jungle and “The Poisonous Jungle”), focus-es on “munchable” plants one can easily grow in the semi-tropical and tropical environs, we’ll so to speak take a page from it with some culinary data regarding this lovely, aromatic, succulent perennial. You see, increasingly, it is used as a substitute for Mediterranean Oreganos both dried and fresh. When the leaves are dried and crushed, they may be incorporated with all manner of meat dishes. In turn, in small amounts, fresh leaves are used in soups and stews. 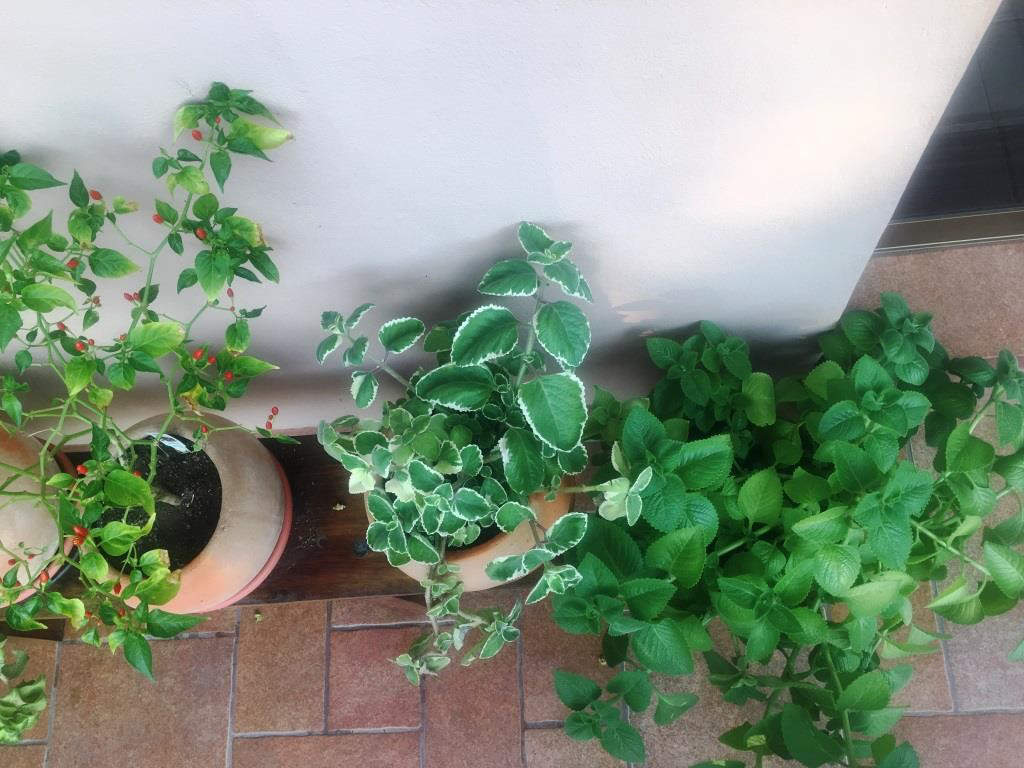 As to its use in this array of cooking applications, bear in mind that this strong herb can easily overpower other, more subtle, flavors – so use it most judiciously! And, to grow one’s own as we do, simply remember it prefers well-draining soil, in partial shade, and is quite easy to root from cuttings. Growing it is pretty much a no brainer!

It is often found in the local cuisines of “Castro’s Isle,” India and the Philippines, as well as the West Indies, which includes Haiti, Puerto Rico and several, smaller, surrounding islands where it is added to traditional ‘jerk’ seasoning blends, a diversity of bean dishes and wonderful salsas. But, first and foremost, as maybe surmised, oregano classic and variegated occupies a prominent place in Cuban cuisine.

Many times, it is employed in meat and poultry stuffings or, chopped finely, used to spice up dishes of wild game, beef, fish or lamb. It can also be delightfully sautéed with assorted vegetables.

And if ever there was a memorable duo beyond Amos and Andy, Burns and Allen, Crosby and Lewis or moving on a bit in time -Rowen and Martin (I chose all of them just to drive my younger readers crazy wondering who they all are!) it is oregano and Cuban black beans! Why, sautéed with chopped garlic and then added to black beans while cooking them with a bay leaf, cilantro, pepper and salt, is a guaranteed yummy dish! On a creative culinary roll here, consider seasoned chopped beef, featuring Cuban Oregano, with onions, garlic, tomatoes, apples and almonds! 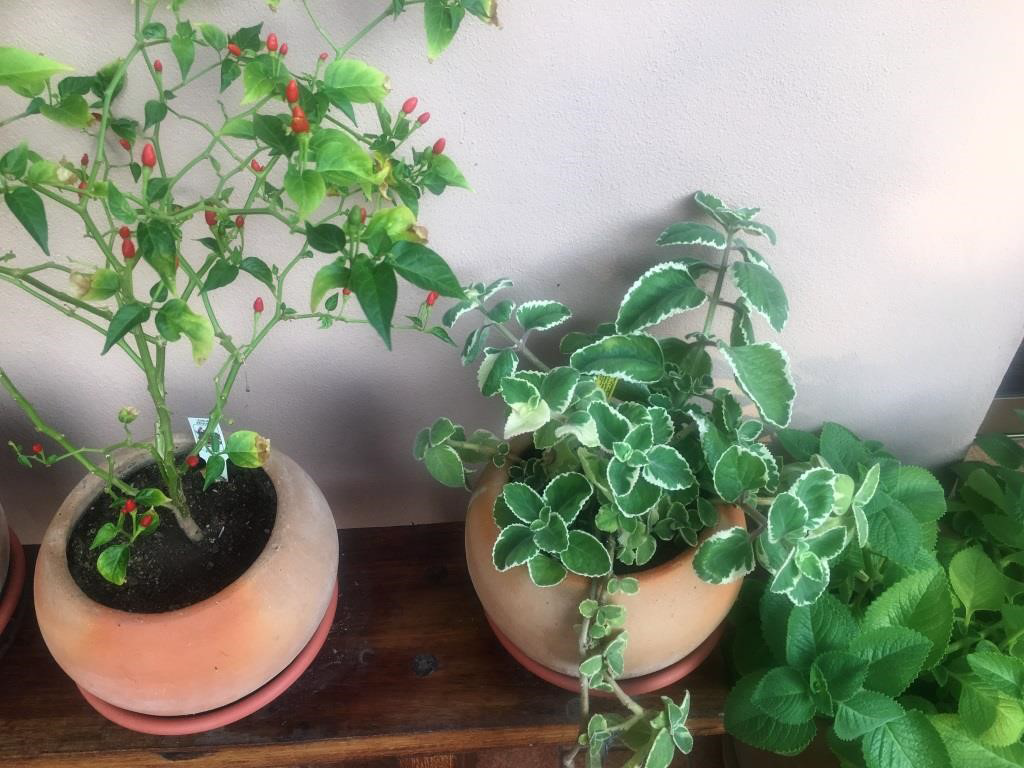 While my mouth is watering, let’s think of grilled, toasted Cu-ban pork sandwiches complemented by mayonnaise flavored with variegated, or plain, Cuban Oregano and a dash of garlic! (To make this great dressing additive, mix a couple of tea-spoons of oregano with a cup of olive oil, a quarter cup of vinegar, some minced garlic cloves, a dash of Worcestershire sauce with some salt and pepper. Keep in mind its flavorful strength, so don’t overdo the number/amount of oregano leaves included.)

As to the nutritional value of Plectranthus amboinicus, it contains high amounts of vitamin C, vitamin A, and the essential fatty acid, omega 6, having compounds that include anti-inflammatory properties as well as some that can neutralize the capsaicin in hot peppers.

By the way, this plant is also included in yet another of my previously cited upcoming books in that it has folk medicine uses. It’s said to treat coughs, infections, stuffy noses, sore throats, rheumatism and flatulence. In Indonesia, it is incorporated in soup to stimulate lactation a month or so following childbirth.

Let’s wrap this up amid a bit of confusion in my usual, as I think the French might say it, état du jour. Contrary to its name, it is believed, by no few botanists, that Plectranthus am-boinicus originated in India while others contend southern and/or eastern Africa. (I, for one, am holding out for good old Kansas, in the midwestern United States. Well, not really!).
Wherever it’s origin, it is a great herb! 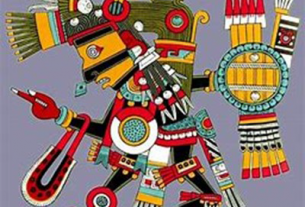