By Tommy Clarkson from the August 2015 Edition

The best known of Bromeliads is, of course, Ananas comosus the Pineapple. But, after some background, let’s discuss the other, approximately 3,500 species (in addition to many hybrids), in eight sub-families and (open to debate as to exact number) twenty different genera.

These plants are quite intriguing. As Jack Kramer writes Bromelids for Home and Garden “Bromeliads make any non-gardener look good (and) have an intense desire to survive.”

Indeed, they are easy to grow and, should you be one of those who regularly forgets to water your flowering babies, these may be the very plants for you. Point in fact, some that live on trees may exist for several months without a drink. (Now in my fourth month of a diet, I can really relate to that, though I suspect my idea of a drink and a bromeliad’s may be totally different!)

Most of their names are Greek or Latin often referring to some sort of unique characteristic of the plant, the person who discovered them or the geographical locale in which the plant was initially found.

The general public first knew of them (compliments of the Belgians) when they were introduced as houseplants in the 1857-1860 timeframe.

As to their native terrain, they thrive from the U.S. State of Virginia all the way southward to southern Argentina – with the largest number of species being found in Brazil, Columbia, Costa Rico, Ecuador, Mexico and Peru.

So noted, it is important to also recognize that most Bromeliads are air plants (epiphytes) not parasites generally producing “flowers” only once in its lifetime. But they can retain their magnificent color up to two months or so. These plants perpetuate themselves via offshoots called keikis . . . which, by the way is Hawaiian for babies!

Their bracts and flowers are presented in a wide array of configurations vertically upward, corymbous (flat topped), cylindrical, ellipsoid, oblique, pendant, triangular and spherical. But before we go any further, let’s clarify something. Like Poinsettia and Bougainvillea, that which we are calling “flowers” are actually their colorful bracts!

Many Bromeliads have a rather unique waterabsorbing system via scales on their leaves those ranging from green and rather plain, to banded, mottled, spotted or streaked. (But, take note here: If your plant is one that forms a cup, tank, vase or cistern at the base of its leaves, it should be filled – and flushed – with fresh water every week.)

But now, let’s discuss a few of those sub-families.

Billbergia: These are the fastest growing and easiest to propagate of all Bromeliads but mist them frequently. They are native to Mexico, Central America, eastern Brazil and Argentina and down the Pacific coast all the way to Peru. These were among the first Bromeliads to be introduced into the U.S. Easily identified, they have fewer leaves than other genera (5 – 8) and, as a rule, are tall and tubular. Epiphytes, they often grow in largish clumps in tree branch crotches or on its limbs . . . but, should they fall from such lofty perches, fear not, as they grow equally well rooted in soil!

Crptanthus: The name for these comes from the Latin word crypt for “hidden” and the Greek word anthos meaning “flower”. As a result of their flat form, starpatterned form and always being found growing in the ground, the – somewhere around fifty varieties in this species as often called “Earth Stars”. Somewhat small in size and, appropriately, liking occasional misting, they come from the Brazil region where they flourish in a wide array of conditions. As Victoria Padilla stated in her 1977 published, but stillexcellent book Bromeliads, “. . . although there are several that deviate from the pattern . . . nearly all of these species grow as low-spreading stemless rosettes”.

Tillandsia: This group consists of the largest number of species spread over the range from Mexico through Central America, Argentina to the West Indies. The preponderance of the more than 500 species can be found, as noted by Padilla, “clinging to trees, shrubs, cacti, rocks, poles and even telephone wires”. The preponderance of them grow best not in the soil but rather through their aerial rooting system. (Remember, often their roots are not developed to function as a means for obtaining food but rather exist merely for support.) They range in width from as small as one inch (2.54 cm) wide to sixty inches (152 cm). 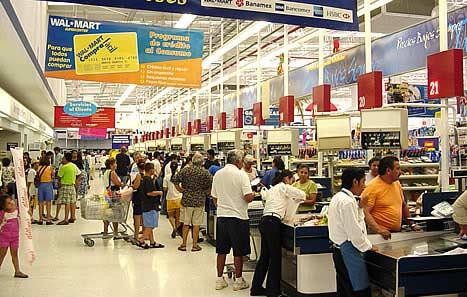 Not the friend it purports!