By Tommy Clarkson from the October 2010 Edition

“A blissful, sun drenched day spent on the water” was my thought when asked by friend Juan if Paco and I would like to go along with him and his wife out on the lagoon not far from the Manzanillo airport. . . that would be the one laden with Juan nets another saltwater crocodiles!

Knowing it would not be too terribly far off of the highway I gave but little worry that “Shane” – my very basic, four cylinder, non- four wheel drive, pick-up – could make the trek. (Tommy, what was it you learned as a young Army Second Lieutenant so very many years ago? “Never Assume!” Well, I seem to have forgotten that sage counsel!)

But less than a quarter of a mile on the (what was to become shortly thereafter) twisting country road out of sight of “civilization” – read “any trace of humanity” – I briefly thought to myself, “Wow, what a wonderfully straight, flat and paved road. “Wrongo, Burrito Breath Boy!” That was neither concrete nor asphalt. It was a, long stretch of water in one constant overflow of both the abutting ditches and the rise and fall of the country path – the linger results of the earlier morning monsoonesque downpour! Wisely I had let Paco take the wheel as we slowly, carefully, plugged on, plunging, grill first, into pool after pool, several times with walls of water splashing high, wafting well over the hood. 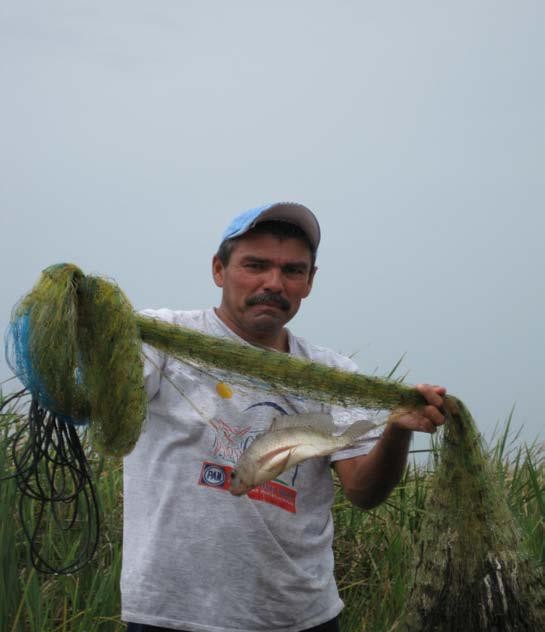 Finally we arrived at our destination and I endeavored to unclench my firmly clenched “cheeks.” But before embarking onto the water there was the chore of bailing out the gallons of rainwater from our boats. So into the shallow, small cove of the lagoon we waded. Not long thereafter we were off and I fast discerned that these flat bottomed boats were similar to canoes or kayaks – they can easily tip over. Cheeks clenched again!

After but a short distance we encountered a “choke point” of thick, floating water plants and for some time Paco precariously leaned forward in the bow, sweeping aside the aquatic foliage as Antonia laboriously poled from the stern. (What behemoth manner of lurked below the verdant, thick green, I wondered?) My jobccodrilo–which I did very well – you may recall, was in charge of “buttocks contraction con consternation!”

Once through this beautiful but tangled labyrinth of aquatic overgrowth, the search for Tilapia began in earnest! While Lilia, Juan’s shy wife with the beautiful smile, carefully poled the boat forward, repeatedly his visual scan of the waters culminated with a graceful sweeping cast of net. Precariously, but confidently, standing in the prow of the tiny, narrow wooden craft, with experienced economy – and poetry – of motion, he made this task appear to be a well choreographed, water top ballet! Beyond the tranquility of the waters and nature’s manifold beauty that surrounded us, watching his efforts, alone, made the day well worth the nerve racking sloshing slog of a drive to arrive and return.

With an attentive cognition of the sparsity of space, this narrative herein now ends so that the accompanying pictures might better present this great day spent with good friends.