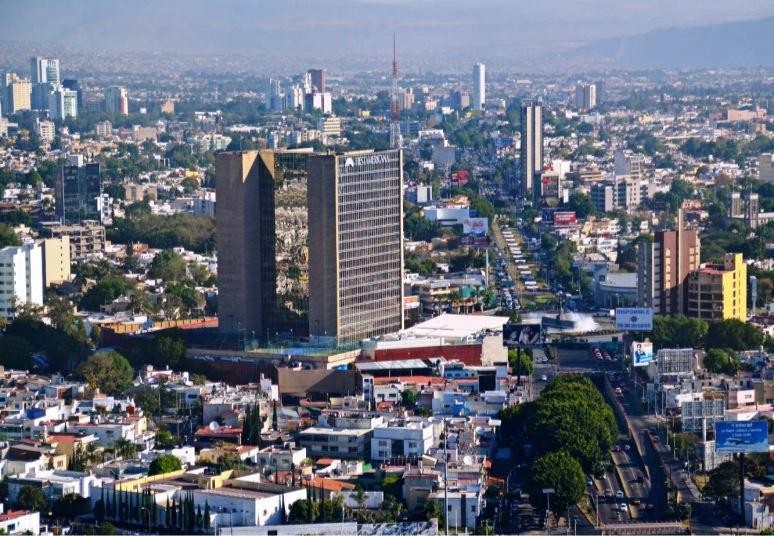 We have finally begun some of our ‘bucket list’ adventures. This means, of course, that we want to have some new eventful experiences before we “kick the bucket”. With good health and good luck we hope to pursue numerous activities.

Of course, the whole idea began to take shape with our various steps toward retirement. Having bought our retirement condo on the shores of Manzanillo a number of years ago, we have upgraded to permanent residency and now have a perfect location for exploring Mexico, Central and South America and so on. The biggest challenge so far has, of course, been taking the ‘downsizing’ plunge by selling our home in Canada and beginning what some call the ‘third act’ of our lives. It will be evolutionary. Actually we aren’t exactly sure what we’re doing yet.

It’s a bit daunting when one has led a fairly regimented lifestyle with the commitments and routines of a working career, having children and basically trotting along on the treadmill of life. Suddenly we’ve found ourselves feeling quite liberated and honestly a wee bit displaced as we seek new rhythms in life and follow our hearts.

It was decided that our next major adventure was to be a Caribbean cruise. Who hasn’t (especially Canadians) dreamed of a winter escape to tropical isles, palm trees, sandy beaches and exotic music played on steel drums? Of course we’ve pretty much got these criteria covered living in Manzanillo but a cruise ship is a big event and many of our friends have shared their stories and experiences with us.

So we decided to take the plunge, meet some dear friends from Canada and hop aboard a gigantic floating city. It’s hard to believe how accessible the world is these days. But one must still plan carefully, pay attention to the details and, above all, leave room and time for the unexpected.

Our travel itinerary to Ft. Lauderdale, Florida involved a luxury bus to the Guadalajara airport from Manzanillo. The bus comes complete with foot rests, lunch, drink and wifi. We didn’t want to worry about parking our vehicle in the big city. There were absolutely no problems and it was quite restful after the chaos of packing and arranging all the details of our trip. We had decided to stay overnight in the city near the airport to ensure lots of time for connecting and to avoid the stress of late night flying as well as finding our way around in unfamiliar territory. The wisdom of this decision proved to be extremely fortunate since we truly ran smack into the ‘unexpected’.

We arrived in Guadalajara at our airport drop off location to traffic gridlock and a chaotic scene of protesters blocking airport parking lots and access areas. We would later learn that the protests involved agricultural land ownership disputes in the airport area.

At the same time, the taxi industry was demonstrating against the new competition called “Uber” which are a private economy taxi or ride alternative. What better way to get media attention than to interrupt air travel and have thousands of people scrambling.

Of course at this time neither the bus driver nor we passengers knew what was happening except that there was one hell of a traffic jam. We were dropped at an airport bus exchange station complete with our luggage, wherein the bus turned back and left us to our own devices. Well, the original plan was a simple cab ride to our nearby hotel and then the airport shuttle from the hotel the next morning. It wasn’t going to be that simple.

We stood on the sidewalk waiting for taxis or shuttles wherein we finally began to notice that there weren’t any, except, of course, for the stream of them across the four lane road going in the opposite direction. In our stilted Spanish, we spoke to a few others who were also waiting, only to find out that they were just as mystified as we were and hoped to catch the next city bus that might get through the traffic.

When a city bus finally arrived, we explained our need to get to our nearby hotel. Looking back, I believe the bus driver knew what was actually going on and took pity on us. Thank you to this kind gentleman who saved our butts.

Through a couple of English-speaking people waiting with us, the bus driver offered to make a special stop for us along his route (apparently not affected by the local traffic situation as we moved away from the airport). I have to comment, at this point, on the graciousness of the Mexican people around us who helped us more than we knew at the time.

A six-year old boy, who appeared to be the drivers’ son, hopped out of the bus and with great gusto and authority showed us that we could place our two, fifty-pound suitcases in compartments under the bus. That was a huge relief since they would have blocked the aisles if we could even drag them up the stairs. As a point of interest, wheels on suitcases are almost useless on city buses!!

So now we’re on the bus with standing room only, suffering a little bit of shock and wondering how this adventure will play out. Soon we are away from the airport and rattling down an eight lane freeway. Within ten minutes, the bus driver pulls over and indicates that this is where we get off.

As we get our bearings, we realized that we’re going to have to maneuver our luggage up and over a pedway ramp for pedestrians to cross the freeway. It’s steep and requires pulling our bags up and down four zigzagged sloping pathways on each side. We begin our daunting journey up and down passing curious locals in running gear or riding bikes.

On the other side, we drag our way through freshlywatered muddy grass and across a never-ending parking lot. But we made it!! Yahoo for the aging, bedraggled foreign retirees on a great adventure; we rule!! Nothing is stopping us from getting to our destination. I so wish I could say this was the end of our great adventure. We simply wanted to board a cruise ship and have some fun.

It’s five-thirty AM the next morning. A phone is ringing. We’ve eaten the night before at a restaurant near the hotel and fallen into bed exhausted with a 4:45 wake-up call in place. As a backup measure, we’ve also programmed the cell phone alarm. (We figure out later that the setting was for PM not AM). International departures require passengers to be at the airport two hours in advance. The wake up call never happened. We will never know why. The desk clerk is telling us that our ride to the airport is waiting. Seriously, this is not a script for an upcoming comedy film. This is really happening. I’ll spare the details of no showers, scrambled wardrobes and no coffee. We make it down stairs in ten minutes.

There is an old superstition that bad things tend to happen in ‘threes’. My experience confirms this. We leave for the airport with our driver, still unaware of the issues at the airport. We hadn’t even turned on the television the night before. So here we are again unable to get into the airport to check in and stuck in gridlock traffic.

But here is where I can underscore the absolute resourcefulness of the Mexican people. With a phone call for information completed, our young and courteous driver has assessed the situation and we are now being taken down some back roads around aircraft hangers and eventually to the end of a road where we can actually see the terminal. It’s a distance of half a block or more and I’m not sure my body can drag all our stuff down the road again. But to his credit, the driver jumps out and grabs some of our luggage and we all land in a flurry at the entry doors to the airline check in locations.

As we finally hear the news on television and check the internet later in Ft. Lauderdale, we can scarcely believe that we somehow muddled through this maze of chaotic events. Or for that matter, that the flights out of Guadalajara were still operating. The rest of our adventure was about to begin and we were ready for it. After surviving the totally ‘unexpected’, nothing was going to stop us now. Tally ho!!