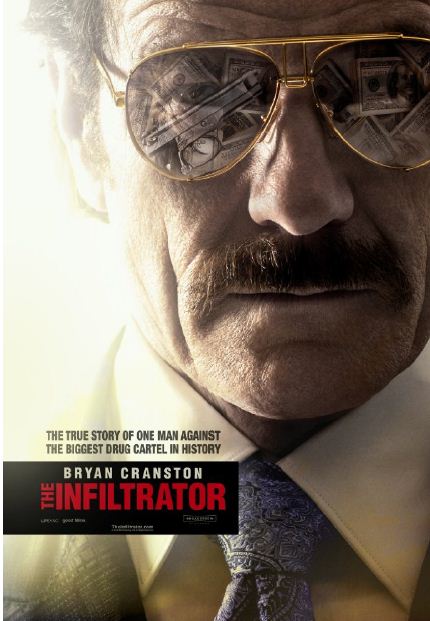 By Suzanne A. Marshall from the January 2017 Edition

I didn’t realize until later that this movie is actually a biography and also billed as a crime/drama. It’s an engrossing, nail biting depiction of the true story about an undercover sting operation. No one could have played it better than Bryan Cranston.

It wouldn’t surprise me if he received an award nomination for this character depiction. But the movie is well acted by all the actors and I found the time just flew by for this 2 hour plus feature.

It’s an intricate tale of crime, friendships and personalities that sometimes seems almost normal when families come together to socialize and dine together. It’s a great watch, filled with tension and nuance.