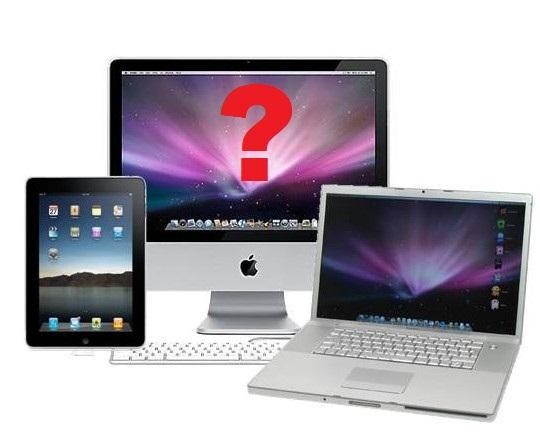 By Manznaillo Sun Writer from the June 2013 Edition

These days we have many choices when it comes to computers. There is a choice between laptops, tablets, desktops, and cell phones; which are all computers. I am dictating this article on my iPad.

Laptops are available in a number of varieties such as Macintosh, PCs running Windows, or Linux. In this article, I will be concentrating on the Windows (PC) and Macintosh computers.

PC laptops are available from a number of manufacturers, such as Dell, Lenovo, HP, Sony, and others. The most common screen sizes are between 11.6 inches to 15.6 inches. Prices range between $370.00 and $700.00 for non-touch screen budget models. Expect to pay between $800.00 to $1,850.00 for touchscreen models and upgraded non-touch screens. If you do heavy duty word -processing, or photo editing you will most likely want to consider a computer that has the horsepower to run these programs quickly and efficiently. Avoid netbooks; they are underpowered, the screen sizes are small and with the Internet available in Manzanillo, surfing the Internet will be a chore.

If you are considering Macintosh products, there are a number of laptops available between 11 inches, 13 inches, and 15 inches. Apple has gone a long way to make the customer experience a most enjoyable one. But this does not come without a cost. 11 inch models start at $999.00 and the consumer grade 15 inch MacBook pros are $1800.00. Apple is a hardware manufacturer and as such they offer their software at a reasonable cost.

If you’re only concerned with sending and receiving email, accessing your Facebook page, or just searching the Internet; then a laptop is not your only choice. In the past few years a new class of computer has evolved, the tablet. The most famous is the iPad. The iPad should be considered if the following features appeal to you; 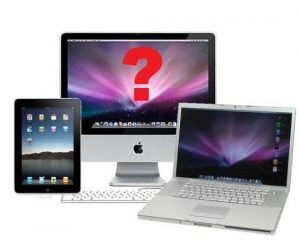 1. Cellular models have always on Internet (a 3G or LTE account is required)

2. The Cellular models have a built in GPS and with a GPS app such as Sygic North America ($34.99) the iPad will provide directions for Canada, USA, and Mexico. Garmin and Tom Tom also have GPS apps available.

3. Apps that were purchased for your iPhone can be downloaded at no additional cost for use on the iPad.

As with laptops, Apple’s tablets tend to be more expensive than their counterparts in the Android (Google’s Tablet and Cellphone operating system) world. A 7 inch iPad, is priced at $329.00 and a 10 inch iPad starts at $529.00. The most notable Android tablets are made by Samsung and Asus. The Asus 7 inch Memo Pads are selling for $169.99 and the 10 inch version is $299.99. The Google Nexus 7 by Samsung is available for $239.99 and Samsung’s 10.1 inch Galaxy tab 2 is $349.99. If Cellular Data or GPS capability is not a concern, then consider an Android Tablet.

Both iOS(Apple) and Android systems have a large number of applications to make the devices useful. The apps, as they are called, tend to be less expensive than applications for a computer. I am using Apple’s wor -processor, “Pages”, to dictate this article. The built-in voice recognition system, Siri, allows me to speak into the microphone while it converts my spoken words into text. The “Pages” app cost is $9.99. I can also have the final product saved into a Microsoft “Word” document to ensure compatibility.

In November 2012, Microsoft announced their tablet version which is known as the Surface. The Surface tablet comes in two varieties, the Surface RT and the Surface Pro. The 32 gig model of the service RT starts at $499.00. This model has the “Home and Student” version of Microsoft Office installed. The Surface Pro is a Windows 8 computer in tablet form, which means it can run all current Windows applications. The RT model is limited to applications written for the Surface RT platform. The Surface Pro costs between $899.00 and $999.00, depending on the configuration. ASUS also offers the RT and Windows 8 versions in their Vivo Tab models, but I would recommend the Microsoft products.

All tablets can be paired with a Bluetooth keyboard to make them more like a laptop. Tablets are lighter than laptops, and all tablets have a touch screen interface.

Tablets have another advantage over the laptops. During security procedures at airports, they can be kept in your carry-on luggage. Laptops, on the other hand require separate trays; which may lead to a lost computer. In the US, over 1400 computers a day are left at airport security.

To determine the computer (laptop or tablet) best suited for your needs consider the following statements. If the computer is to be used solely for email, checking Facebook, or to surf the Internet, then a tablet will suffice. If the computer is used to create content, such as photo or audio editing, formatting long documents / complex spreadsheets, then a laptop should be considered. While tablets can produce content, and edit photos, laptop computers have more computing power to handle complex operations.

If you decide to purchase a tablet, I highly recommend purchasing a stylus. A stylus has a soft rubber tip to provide a higher degree of accuracy than your finger can on the screen. The stylus also minimizes smudges.

Prices quoted are in Canadian dollars. If you plan to purchase in Mexico, expect to pay 15-20% more.

If you have a topic you would like covered, or require further information on this topic, please contact me at techguy@senortech.ca.

Señior Tech resides in Manzanillo during the winter and Canada in the summer and fall.

In the Good ‘ole Summer Time