By Suzanne A. Marshall from the June 2013 Edition

I’ve been back in my Canadian home for three weeks now.

We had tried to completely miss the winter and snow by staying one week longer in Manzanillo. It should have worked but it didn’t. Due to an abnormally cold April and ten times the normal snow fall, there were still snow-blown mounds of snow melting behind our north facing fence where the stack was an incredible 5ft. high x 30 ft. wide by 15ft. deep. Thank goodness I left the electric blanket on the bed as it was still below freezing at night.

All of this of course is not really shocking for a born and bred Canadian girl. The sticker shock I refer to is the price of almost everything in this country once you’ve been in

Manzanillo for almost six months. Some of our wintering Canadian friends have said that even though they are living on pensions and savings now, their bank savings account balance drifts nicely upward while living in Manzanillo.

It’s pretty much a given that fresh fruit, vegetables and seafood are astonishingly inexpensive in Manzanillo. And I can’t get over the giddiness I feel at the cost of fish and shrimp in which we happily indulge ourselves probably 4 times a week. Of course there are economics at play here since in Canada fruits and vegetables are seasonal and we rely heavily upon importation of goods from as far away as Chile. But even our own crops during the summer are expensive given the cost of labor, land, growing and the handling of products that arrive at the local markets.

When we came home with our first trunk full of groceries, we unpacked them in stunned silence knowing that we had just paid an estimated three times more for the lot.

There were other eye openers for us this year too. Before leaving Canada in the fall I went to my dentist for a checkup and cleaning. When leaving the clinic, my insurance paid about $154.00 Cdn but apparently there were more charges that weren’t going through the computer system. So they agreed to call me later with the information.

About a month later, I received a call on our Canadian phone line in Mexico from the dental office saying I still owed $183.00. Now that’s shocking. A total of $337.00 to do nothing but look in my mouth, scrape around a little and polish. To put it bluntly I feel ‘used’. I have since been given an estimate of $40.00 Cdn to have my teeth cleaned in Manzanillo. Guess who gets my business next year! 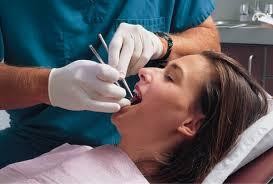 Over the winter I returned two times to this extremely well trained dentist, who received her training in the USA and is an orthodontist. She repaired a broken lower front tooth (you cannot tell there was ever a problem) and had a TMJ splint made up for me. Each of these procedures was under $45.00 Cdn. All of these procedures (plus a cleaning estimate) added up to less than the $183.00 uninsured charge for a simple cleaning back in Canada.

Another example: One blustery day as we sat at a sea-side table in front of our condo watching the incredible surf crashing in, the wind surprised us and picked up the table umbrella (a very heavy one) lifting it a foot out of the table stand. Instinctively, my husband stood up and grabbed it to stabilize it from falling over and then it suddenly dropped back into the hole along with his baby finger. I’ll spare everyone the gory details but he ended up jaunting one block over to the emergency clinic on the boulevard and returned within the hour with a bandaged hand and 10 stitches. 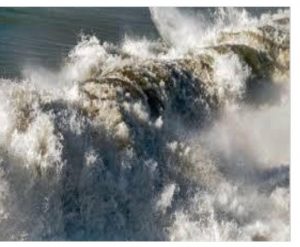 He was seen immediately. He returned to the clinic two more times for dressing changes and again for stitch removal. So for 3 clinic visits, freezing and stitching, tetanus shot and a final visit for stitch removal, the entire cost was less than $100.00 Cdn. Later we were told that the attending physician was a world famous orthopedic surgeon.

Whether you are from Canada or the USA, I think we all know that the cost factors for the same treatment in our own countries would likely be ten times more. And even though we may have insurance to cover these costs, considering waiting time, deductibles and so on the service in Mexico remains remarkable.

So not only is Manzanillo, Colima beautiful, friendly and safe, it’s also a remarkably economical place to visit and live. 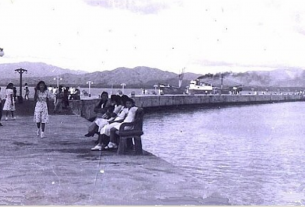