By Tommy Clarkson from the April 2014 Edition

As a rule, I don’t generally write about annuals particularly when I’m not sure of the specific species about which I am striving describe! But in this eye-catching beauty’s case, let’s make an exception!

We found ours just off a path in the Sierra Madres Occidental Mountains on one of our sojourns “into the interior”. It had not yet been identified until two knowledgeable visitors to Ola Brisa Gardens – Dick Neiman and Glenn Leach – helped narrow it down to the correct genus of some 150 species. (So much for me knowing all about my plants, huh?)

All of these species are fast growers and said to be native to South America. But given where we found it – thriving quite happily in the wild – it seems to have immigrated further north into the Mexican States of Colima and Jalisco.

Each of these varieties sport rigid stems. They all have dense elongated terminal racemes (technically speaking, this is an unbranched, indeterminate type of inflorescence bearing flowers that have short floral stalks, but for our purposes, let’s just think “beautiful”) of pink, purple or white spider-like flowers. These uniformly sized flowers are comprised of four petals and six long stamens. They’ve a slight, subtly, sweet fragrance but, if displayed in a vase beware, as the flowers fast become brittle.

They spread to as wide as two feet (30 cm) and grow to a height of 60” (150 cm). Their spirally arranged leaves are palmately compound with five or seven leaflets up to five inches (12 cm) long and two inches (4 cm) broad. The plant’s leaf petioles are up to six inches (15 cm) long. Said to flower multiple months, mine bloomed joyously from mid-January through the month of February.

These are easily grown in moderately rich, well-draining soil, in full sun but, if necessary, can tolerate light shade. During the growing season they like consistent watering but once established they can handle some drought. Collect seed pods from favorite plants for replanting. If these are not promptly removed, they will self-propagate prolifically. But, as regards the C. hassleriana, it can develop surprisingly large thorns, so it’s best to keep them away from walkways.

(Now I know you may be saying to yourself, “If his plant doesn’t have the thorns of which he just wrote, why does he have it as an option of being as one of the species which he might have found and taken to his gardens?” flowers of that variety actually look the most similar to. Well, in all candor, the answer’s rather simple. The those of mine! So, perhaps mine is one of nature’s cultivars.)

Be careful with the amount of fertilizer given to these plants as should you do so too aggressively they will become tall and floppy. And, when planting, place in grouped clusters of six or more to achieve the optimal visual effect.

Their flowers are followed by thin seed pods that ripen to brown before splitting open and then aggressively disperse those seeds. The palmate green leaves of my specimen smell musty and are slightly rough to the touch but do not have the stickiness nor spines on the lower stems described in several botanical texts.

While, generally speaking, there are no serious insect or disease problems for these plants, keep an eye out for aphids, spider mites and whiteflies as well as mildew and rust.

These are superlative for adding vertical interest to a perennial border or used in floral beds, around foundations or simply showcased in large containers. They can also be effectively used along fences, in background plantings and mixed with shrubs. The spidery flowers are most attractive in a cut flower presentation and seed heads can be dried and added to bouquets as well.

There are numerous delightful cultivars such as Cherry, Pink, Rose, Violet, or Rose Queen in – as their names insinuate – an array of pleasing colors.

Their nectar is attractive to hummingbirds, birds enjoy its seeds, Hummingbird Moths may come near dusk just to confuse you, and butterflies . . . well, they just appreciate a pretty flower! Lastly, planting these in your vegetable garden may help attract beneficial insects and actually deter some of the bad bugs which have ill intent upon your crops! 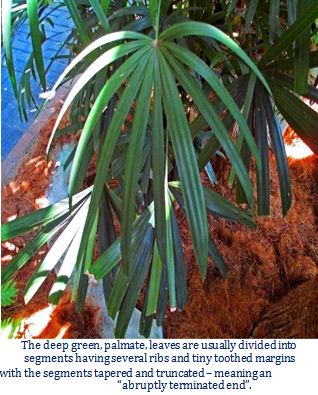