By Manzanillo Sun Writer From the March 2016 Edition

Dear brave and wonderful Freda. It’s been over five years since I submitted my first article to you. Since that time your encouragement and friendship has meant a great deal to me. Although we had few opportunities to hang out together face to face, we became ‘pen pals’ and shared our thoughts and feelings through our writing to each other. I know that you have accomplished a lot throughout your lifetime and envy the many people who knew you for many years and who recollect what a ‘pistol’ of a woman you were. I also know that it wasn’t always an easy life but you kept on moving forward. I wish I could have spent more time with you. We will miss your positive influence and truly admire the battle you waged against the horrors of cancer. For those who loved you, I know it meant a great deal to them, that you never gave up. That is truly inspirational. Adios Amiga.

…“it was the twinkle in her eyes that drew you in”

A few years ago …. Hurricane Jova was fast approaching gaining momentum and threatening to wreak disaster all along the coast of Central Mexico … wind whistled through unseen passages around my doors and windows…shadows of the 50 ft palm trees outside the window danced on my bedroom walls… there was a loud pop followed by the crashing of glass as it slammed into the parking lot of our building … and then the transformer across the street exploded and the lights went out….

I was on my cell phone with my friend Freda, who had recently lost her husband Nigel. We laughed, we cried and we talked about life and we engaged, as we were often wont to do, in repartee…

I first met Freda in 2009 when I moved to Manzanillo, she and Nigel were the hosts of a weekly gathering technically known as Manzamigos, but often referred to as “Thirsty Thursdays.” I was immediately drawn to her , first by her delightful English accent and charming manner, and eventually by our mutual respect for the written word.

We worked on the online magazine “ Manzanillo Sun” together. She was a exacting and demanding taskmaster who managed the delicate egos of the various contributors with a precision that I attributed to her “ British” sensibilities. She was a sensitive and passionate wordsmith, but as editor she oftentimes deferred to our work rather than publish a piece she had written personally.

But, most of all it was the twinkle in her eyes that drew you in and made you want to listen to every word and engage this wonderful spirited lady. I was fortunate to have Freda as a friend, she was too short here and too soon gone, but while with us she certainly left a indelible mark on everyone she touched… especially me. I miss you Freda !!

I remember one of the first Manzamigo’s Dinners I attended back in 2009. It was at El Tableau and there 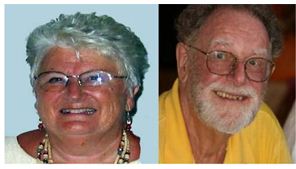 was another big event going on so attendance was very light. I shared a long table with Freda and Nigel Rumford and a few other Manzamigos. Freda was delightful and enthusiastic. I went on to work with her as a Manzamigos Board Member and as a writer for the Manzanillo Sun. Between Manzamigos and the Sun Magazine I participated in regular planning sessions, status meetings and Freda led the way. Freda was a founding member of the Manzamigos. She also wrote for the Guadalajara Reporter as well as the Manzamigos Messenger. She was outgoing and positive with an infectious attitude. Freda will be missed.

“For Patty and me, there is no singular incident that comes to mind when thinking of our pal Freda. But all of our remembered experiences with her are ones of love, fun and trust. These she brought to an exquisite art form and more. She was a lady of class, couth and decorum. She was a true and trusted colleague, acquaintance and comrade to many. She was a professional of depth and experience. She was our friend will be greatly missed by many.”

Finally… from her husband, Kirby Vickery

Brain and Lung cancer put my Freda to sleep today for the last time after a long, long battle. Over the past few weeks she slowly lost her way in our world to settle into one of her own. As lines of consciousness slowly lifted from her like a thin gossamer veil, during her moments of reality, she was constantly reminded of how well she was doing and never had to face her demise.

Her intelligence, smile, wit, humor, English accent, her touch, feel, presence, and her very being will forever be remembered and cherished. Today, for the first time in sixteen months, our honored Freda is free of restrictions on her movement. She’s free of pain and of having to deal with three cancers which at first took her kidney, then her vitality and finally her conscious mind.

She is finally free from the pain of dealing with a broken hip which was replaced and then dislocated twice. She is free from being confused as to where she is and who is talking with her. She is also free from having to obey her “Hip Protocol” which made her wear the much hated with a passion Zimmerman brace that prohibited her from sleeping on her side.

She’s free from having to take the wrong medicine because of a faulty diagnosis, mishandled samples, malformed meals, and above all, the pseudo professionalism of some with holes in their training and attitude problems. 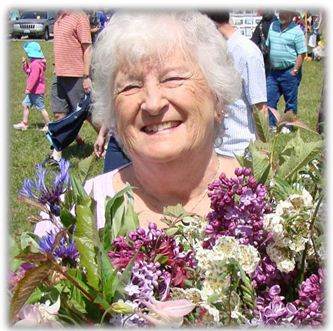 I like to think that Nigel has come for her and they are soaring free together, probably in Mexico somewhere. So our physical time with her is temporarily finished and she can live with her

grace in our memories.

My Freda was taken from us today. She shall be missed. Kirby Vickery 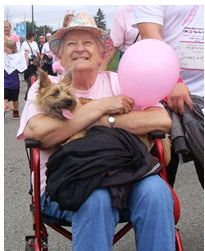 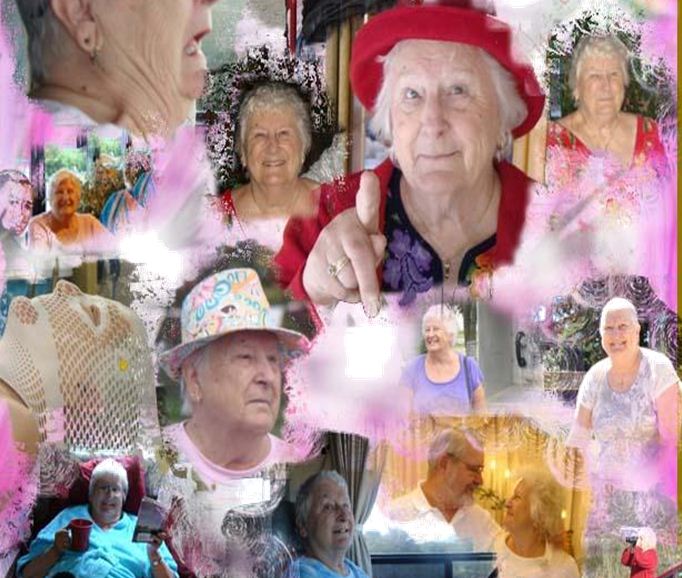