By Yann Kostic from the October 2013 Edition

Current interest rates are at rock-bottom levels, and they’re likely to stay there for a while, according to recent comments from U.S. Federal Reserve Board Chairman, Ben Bernanke. It’s good news in some ways, not so good in others, because where, in such an environment, can you turn for income?

Most investors divide their portfolios into two buckets. One is principal, which comprises the assets in the portfolio, and the other income, which is made up of the interest and dividends the assets provide.

According to conventional wisdom, you can certainly live off your income in retirement, but whatever you do, don’t tap into your principal. If you do, you’ll have a smaller nest egg, which will in turn yield less income.

While it’s wise to have a base of assets that never falls below a certain level, it may pay to think of income differently. It’s possible, for example, to generate your own income – by selling some of your assets. We’re not talking about reducing your original principal, but about harvesting gains from your portfolio.

For example, you have a $500,000 portfolio that generates 6 percent ($30,000) annually in interest and dividends, and you’re taking that amount as income.

If you choose this approach, you’ll be selling your winners or other stocks you think are appropriately valued. But be aware: Doing so can generate capital gains.

Yann Kostic is a Money Manager and Financial Advisor (RIA) with Atlantis Wealth Management specializing in retirees (or soon to be), self-reliant women and Expats in Mexico. Yann works with TD Ameritrade Institutional (the custodian of client’s assets). He splits his time between Central Florida and the Central Pacific Coast of Mexico. Comments, questions or to request his Newsletter “News You Can Use” Contact him at Yannk@AtlantisWealth.com, in Mexico: (314)333-1295 or in the US: (321) 574-1529.

Should You Prepare for a Stock Market Crash? 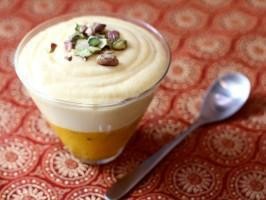