By Diana Stevens from the May 2010 Edition

This is the fourth article about the animal groups in Manzanillo. Each has a different aim. Read about them all and see where you can help. As you know there is still much to be done.

“Manchas” or “Spots” in English, is the youngest of the Manzanillo animal groups. It is the brainchild of a very dedicated young Mexican couple, Martha and Mario. They have made it their life’s work to change the lives of Mexican pets and transform the way the community treats animals. This is a tall order but they are practical, very hardworking, educated, articulate and determined. They will achieve great things – but they will need help.

Between 2006 and 2008 they rescued four suffering street dogs among the hundreds they encountered, found homes for two and kept two. They were appalled at the way people could ignore and maltreat our fellow creatures who respond to human beings so lovingly.

Last year, yet another lost and bewildered little stray landed on their doorstep, pestered by bigger dogs. They took her in and named her “Poupee”. Meanwhile opposite their house “Manchas” was tied up in the full sun with no water and just a few dry tortillas as food. Neither his owner nor anyone else paid him any attention. Later he was poisoned and died an agonising death.

This horror made them question the values of a society that can take such cruelty for granted. When “Poupee” gave birth to a son they named him “Manchas” in memory of the dog who had died on the street. Martha and Mario volunteered for some of the PATA clinics and discovered that there is vast scope for rescuing ownerless dogs, encouraging their adoption and in changing people’s attitudes. They took action.

Mario gave up his job as a maths teacher in a private secondary school in order to start a small business selling yoghurt and juices which he plans to be self-running with just one employee, thus leaving him more time to look after the 32 dogs they house today. Martha changed jobs and is now a lecturer in Administration at the local university. She teaches from 2.00p.m. till 10.00 at night which leaves her mornings for household duties and dog care. On the day I met them they had tic-bathed 11 dogs that morning!

How do they do this? They have 11 dogs in their own home and they are “indoor” dogs. Next door is occupied by a mother dog with 12 growing pups! Five blocks away they have a third house with a 30m² play patio, where there are 8 dogs residing. These 20 dogs are currently available for adoption. Between them, Mario and Martha clean up after all these animals, feed and water them twice a day while giving them attention. They pay for all food, medicines plus transportation to their vet in Colima, Raul Chavez, who donates his services. PATA does free sterilisation. 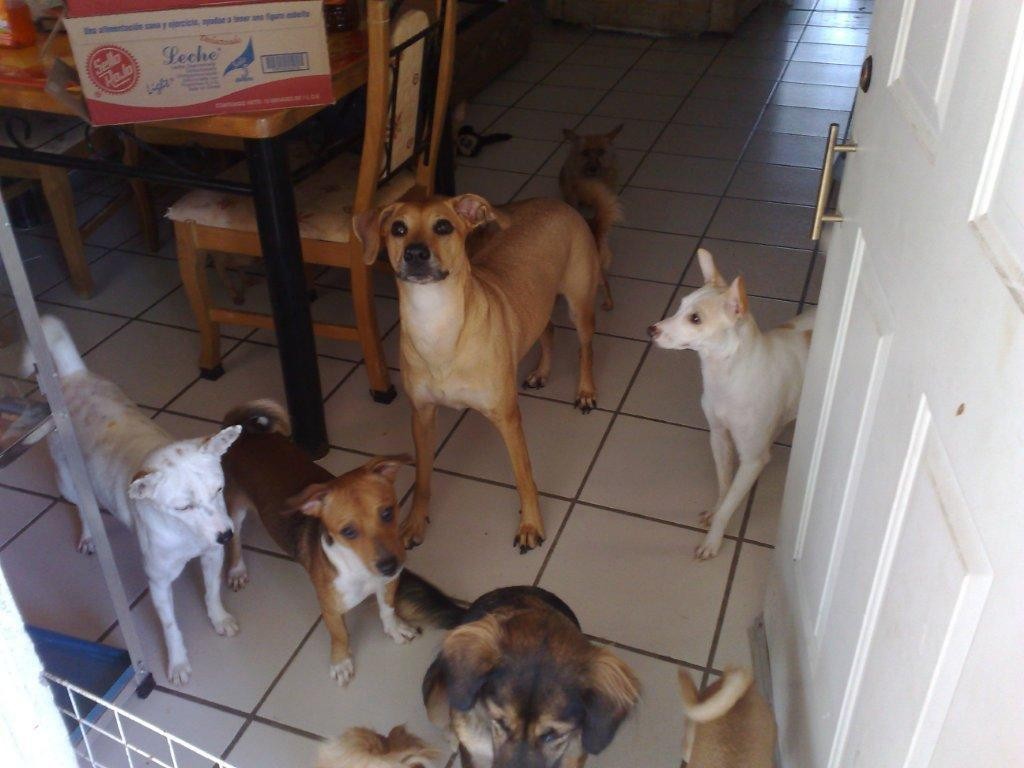 Their aims for THIS YEAR are fourfold. Firstly to found a proper animal refuge capable of taking as many homeless dogs as possible. Beside this, they want to work towards creating a much greater awareness in the mind of the public in the respect our pets deserve. They want to continue to find responsible owners for many animals something at which they seem to have been surprisingly successful mainly by word of mouth. 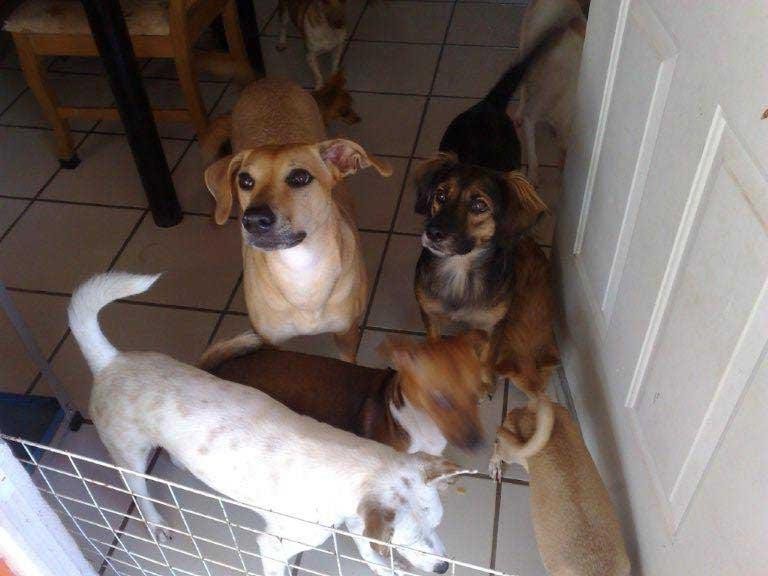 And lastly to encourage the enforcement of Colima State’s Law for the Protection of Animals. Mario and Martha need land for a Refuge as well as the money to buy or rent it. This is where the expat community could help with donations and fundraising, something Martha and Mario have no experience of or time to do. We all feel the need for a proper dog sanctuary where ailing and stray dogs could be brought. If pets are lost, owners would know where to start looking and if abandoned, the community or police could take the dogs to the shelter. This would make application of the existing law more feasible. Are you able to work on the financial aspect of this project or would you be willing to donate? A capable person needs to be at the heart of organising the The Mexican community is vital to the other two aims. Do you know of any young Mexicans – perhaps teenagers  who would be willing and able to work a few hours a day as volunteers helping with the animals? Or would some of you be able to help, perhaps with exercising and walks, something the dogs don’t get at the moment? With 20 pets up for adoption and the prospect of many more both communities need to pass the word. These are healthy, happy indoor dogs and young pups who would adapt to any kind owner and need individual attention not pack living.

Mario and Martha are gogetters who are making considerable financial and personal sacrifices in their own lives in order to achieve their goals. Goals which will help not just the dogs involved but the community as a whole in regard to health and cleanliness, as well as encourage a more positive and constructive attitude to animal life. Are you able to help this enterprising young couple towards achieving their aims? Please contact them at manchas_ac@hotmail.com.