By Tommy Clarkson from the December 2015 Edition 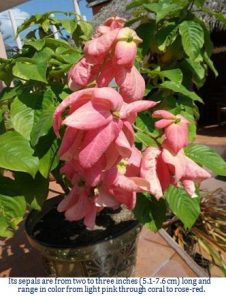 From the outset, I admit holding off a long time before getting one of these, as most of the specimens I’d seen had inflorescences of a pale, sort of washed, color of pink for which I didn’t particularly care. Then,

”Eureka”, I found one with a darker reddish color!

The genus Mussaenda consists of, what W. Arthur

Whistler describes as, “about 100 erect or scrambling shrub species native to the Old World tropics, many cultivated for their flowers, the most attractive of which are produced in hybrids.” Appropriately enough, the name is thought to have come from the Malay word meaning “beautiful”. Robert Lee Riffle adds that there are some species that are indigenous to “some islands in the South Pacific” and he was way smarter then I’ll ever be, so count those locales in as well.

With its two to eight inch (5-20 cm) oblong leaves, this colorful evergreen can grow anywhere from ten to thirty feet (3-9 meters) in height. Its deep green leaves are velvety and very hairy underneath. Somewhat like bougainvillea and poinsettia, what one first takes to be flowers actually aren’t. On the Red Flag Bush they’re sepals. 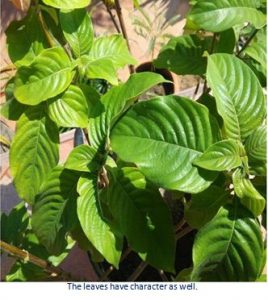 “So what’s a sepal,” you ask? Ellen Zachos – who has taught at the New York Botanical Gardens – describes them as “parts of a flower (that) look similar to petals

Its sepals are from two to three inches (5.1-7.6 cm) long and range in color from light pink through coral to rose-red.

and are immediately outside of them.” “Well then Tommy,” you fast respond, “how are these different from bracts?” Ellen succinctly defines bracts as being “a leaflike structure at the base of a flower.”

(Hey, you take it from there. I’m no post PhD botanist. I simply enjoy rooting around in the dirt and playing with my plants!)

Incidentally, those sepals – that look like bracts – are from two to three inches (5.1-7.6 cm) long and range in color from light pink through coral to rose-red. They often fully overpower the small, trumpet-shaped, white or golden-yellow flowers. (These attractive sepals also persist long after those cute little tubular flowers have bloomed and gone.)

The large clusters of these inflorescences are located toward the end of branches causing them to sag with the weight. One of the most commonly seen at least around our area is pink ‘Queen Sirikit’ named after a queen of Burma and thought to be a hybrid between a 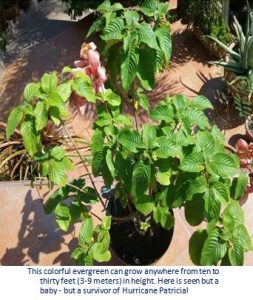 “Though the flowers are technically bi-sexual, they function unisexually, and breeders refer to seed-producing plants with long styles – “the stalk of pistil bearing the stigma (but) not always present” – as ‘female’ and those with short styles as ‘male’.” (Don’t look at me in that tone of voice. As I asserted earlier, I’m but barely technically proficient and for all intents and purposes merely muddle in the mud!)

Native to western Africa it can be planted in containers – though rarely exceeding five feet (1.5 meters) – but, with age, may tend to get leggy. Hence, I encourage regular pruning to keep your specimen compact and branching. But remember that it needs full sun – but, perhaps, a bit of mid-day filtered sun in hotter climates – for optimal flowering, or would that be “sepaling”?

Protect your Red Flag Plant from the wind. Water it when the top half-inch or so of the well-draining, somewhat sandy, soil is dry. I’d also encourage that you may wish to mulch amply so as to protect the roots and maintain an even amount of moisture. Beyond that, fertilize it every other week during its growing season at around one half regular strength. Lastly, I’d suggest that you remove the inflorescences after their color fades so as to stimulate new flora. Besides that, who likes to look at old, wilted, dry flowers?

When planted outside, there are no serious insect or disease problems. But if used indoors, keep a wary eye out for spider mites and whiteflies. And while it has seeds within fruits that appear as fuzzy ovoid berries, should you seek more plants, I’d encourage propagation by root cuttings or air layering.

There’s one last thing to keep in mind as regards your Mussaenda Erythrophylla. Once it has grown into a mature tree, it will decrease the number of flowers and sepals it produces unless it’s trimmed from top. 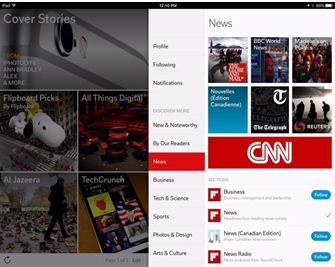 Like a dog with a bone, the news media won’t let a story drop!