By Tommy Clarkson from the November 2016 Edition

(Though one of the hardier bromeliads, these are a bit picky about where they will most happily reside. As a result, in striving for the perfect specimens, I’ve struggled with finding just the right combination of sun and shade. So keep that in mind when looking for the proper locale for yours.)

The genus is named after Gustav Johannes Billberg, (1772–1844), a Swedish botanist, zoologist and anatomist. Pyramidalis means “like a pyramid” an upside down shaped variety of which the flower might be loosely compared! Billbergia is one of the forty or so genera constituting bromeliads and, itself, has around sixty species, primarily native to Brazil but ranging north to central Mexico.

Indeed, the genus-whole originated in temperate south Brazil, with rosettes of five to eight leaves usually forming a tubular, or urnshaped, upright growth. Propagation is generally accomplished by removal of pups (rooted offsets) from the original plants. These occur from the rhizomes at the base of the leaves. These pups should not be removed from the litter (a little canine humor there) until they reach at least a third of the height of the original urn. Once ensconced in the soil, a small amount of coconut coir (shredded husk) is helpful if put on the soil around the roots. . . But I may be getting ahead of myself!

The leaves of the Flaming Torch are leathery, somewhat gray-green, and broad, forming a beautiful, open vase shaped rosette, twenty-four inches (60.96 cm) across. Its compact,  brush shaped inflorescence is an erect and densely set cluster of scarlet flowers with bluish-purple tips bursting out of red bracts rising on a flower stalk emerging from the central tank. Each flower head is two inches (5.08 cm) wide and ten inches (25.4 cm) long, with rather blunt tips. (The Billbergia pyramidalis variant ‘striata’ has a combination of those beautiful flowers plus pale green and white foliage.) Sadly, these attractive flowers are not very long lived. In their original environs, they grow low on trees, in the leaf, twig and branch litter on the ground and, even on rocks in the heavy shade of forest trees.

It’s important to remember to not over water them as this is a sure fire course to that plant scourge, root rot! (But, interestingly, they love high humidity.) Other than overly zealous waterers, they have no other enemies.

Like that neighbor from the days of your youth who was one flower short of a bouquet, Bromeliads live life a bit differently from others. (Well, for them it’s a plant life, for us  more humanesque!) Most are epiphytic with their roots being little more than used for support, while their leaves do the preponderance of the “hunting and gathering.” In areas with seasonal high rainfall, the leaves form a tank-like configuration to collect and hold rainwater and dew. These tanks also catch tree-discarded leaves.

As that detritus decays, the bromeliad leaves absorb the nutrients. These leaf tanks should also be regularly flushed to avoid stagnate water which can result in pests and diseases. (If you do so, listen carefully and you might hear quiet little plant voices say “tanks a lot!”)

Adaptable sorts, in desert areas, the leaves have scales that catch dust and dew. Beyond that, like cacti, they absorb carbon dioxide at night, storing it as malic acid so that when the sun rises, it can be released and converted to sugars. (Adaptable and resourceful characters, aren’t they!)

Concerning care and maintenance, I’d advise the occasional removal of leaf litter from that central “leaf tank.” Long tongs are a good tool for that! As to food perhaps some water soluble 20-20-20, diluted about 1/3 strength, carefully poured into in their tanks once or twice a month. Dilute this to 1/4 or 1/2 the strength recommended dosage. Beyond that by this time it should be apparent it’s best to have planted them in deep or partial shade, allowing them diffused sunlight.

Though I’ve not tried it, I recently came across this suggestion:

If your Flaming Torch plant is growing, but won’t flower, wrap it in a plastic bag with a couple of ripe apples for a few days. The ethylene gas released by the apples should induce flowering.

(If not, the sheer shame of being seen by its plant neighbors, with such around it, may embarrass it into blooming!) 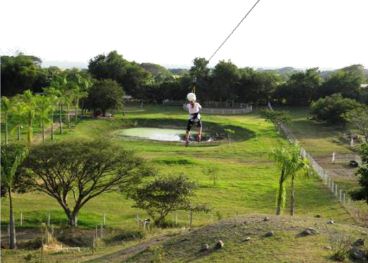