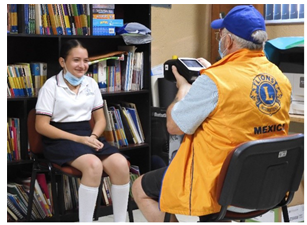 Vision screening for over 3,000 students in Manzanillo began with a chance encounter aboard a plane from Victoria, Canada to Mexico.

Don and Bobbi Clifford, members of the Lions Club of Salt Spring Island, were on a plane to their winter home in the coastal city of Manzanillo, Colima when they noticed a person wearing a Lions logo. This chance encounter led them to spend five days volunteering in a huge vision clinic where their acquaintance, as well as Lions Club members from Alabama, were headed along with 10,000 pairs of glasses.

A total of 2,500 people had their vision examined at the clinic, 10 to 15 per cent of whom were determined to need glasses that they also acquired from the clinic. While there, Don and Bobbi met members of the Club de Leones Santiago, a Lions Club in Manzanillo. 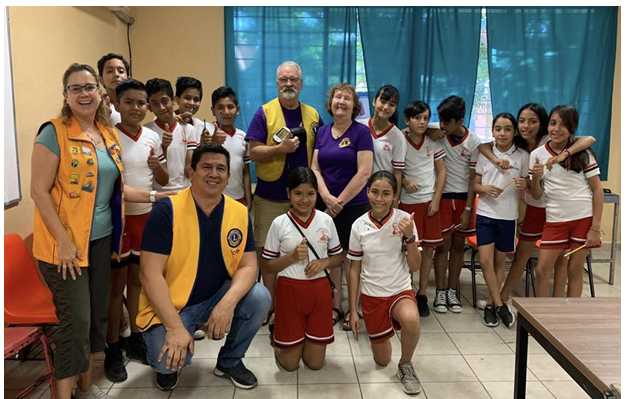 Don asked whether the club might be interested in having the Salt Spring club’s vision scanner brought down to assist in what is a key area of the Mexican club’s work. 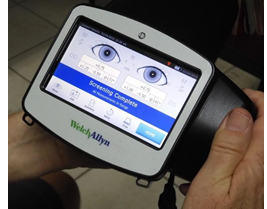 For several years, Don and Bobbi have taken part in annual fall vision screenings that the Salt Spring Lions do for elementary school students on Salt Spring Island, British Columbia using a handheld vision screener, also known as a spot scanner. The device then “goes into a filing cabinet for the rest of the year,” Don said. “So we thought well, ‘Okay, let’s utilize it.’”

The machine is incredible, Bobbi explained, with an exam taking around 15 seconds. Photographer and friend of the Cliffords, John Chalmers, who authors a weekly blog entitled “Life in Mexico”, explained the scanner tests for “myopia (nearsightedness), hyperopia (farsightedness), astigmatism (blurred vision) and eye misalignment, among other conditions.”

And while results are double-checked by a local optometrist, the accuracy is 99.9 per cent, Don added, Local optometrists have found it to be very accurate. The scanner can also confirm whether the glasses a child already wears are meeting their needs.

Within the elementary cohorts in Manzanillo, from 10 to 30 percent of students often need some kind of correction to their vision. The Club de Leones Santiago doesn’t own a scanner, which can cost between $5,000 and $11,000 CAD, depending on whether it is a new or used device.

Don and Bobbi brought the Salt Spring club’s scanner down to Manzanillo six years ago and have been doing so every winter since. Together with the Club de Leones Santiago, they have now screened over 3,000 elementary school students in the Manzanillo area as well as some adults and screenings done at an orphanage, some businesses and churches. 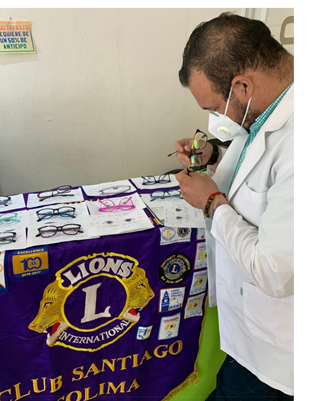 In Canada, the screening is done by the Lions and the subsequent optometrist visit and fitting for glasses is generally followed up by parents. In Mexico, the Lions help students with frame fitting as well as funds for lenses, which cost around $100 Canadian each for glasses, and for transportation to local optometrist Rafael Garcia de Leon Huerta of COPSE Optical.

Don and Bobbi credit members of the Club de Leones Santiago for their emphasis on the vision program, and especially Jackie Avendaño Pires, Hector Uriostegui Moreno, Javier Sanchez and Graciela Carabes. “That club is incredible . . . I know they dig deep into their time schedules and their pockets, if need be, to make sure these kids have glasses,” Bobbi said.

The club is currently fundraising to purchase a vision scanner of their own. For 2023, they are planning a raffle of local artist donations and a Sunday brunch fundraiser in February. Ongoing fundraising will continue at the Lions’ vendor table hosted by Cathy MacTavish at the monthly Mujeres Amigas luncheons at the Oasis Restaurant in Club Santiago. 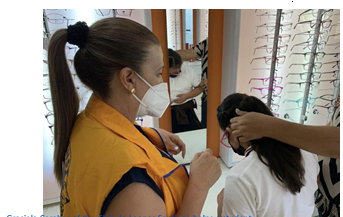 Vision has been a global Lions’ movement focus since 1925, when they were called to do so by Helen Keller. A lifelong advocate for people with disabilities who learned sign language, Braille and later learned to speak after losing her sight and hearing at 18 months old, Keller challenged the Lions to become “knights of the blind in the crusade against darkness.”

Across the world, Lions clubs have been working to prevent avoidable blindness and improve the lives of people who are visually impaired through screening, provision of glasses, seeing eye dogs, training eye health professionals and creating infrastructure for eye surgeries and treatments.

One unique example is the International Lions collection of used glasses, which happens at local clubs. The glasses are then sent to the U.S. where they are catalogued into a data-base and reconfigured for the needs of a new wearer.

Don said it’s a “real thrill” to conduct the vision scans at local elementary grades 1 through 6 in the city he and Bobbi call home from November to April.

“It’s a thrill for us to watch a person, a child who’s never had proper sight before, actually get the glasses,” he said. Bobbi added that teachers and other adults have also received glasses as part of the vision scanning visits. One teacher, who was instrumental in making the vision experience a good one for the children, had only been able to get a pair of drugstore reading glasses. Getting a pair of glasses “made a world of difference for her,” Bobbi said.

Don recalls screening one individual in particular, an adult whose experience included using a wheelchair, being non-verbal and having some challenges with her mental capacity. “A month or so later when she got her glasses, her eyes were alert. She was concentrating ahead and looking. I thought it was fantastic, it was just a thrill,” he recalled. “Her face just lit up . . .” he recalled. “She’s over 50 years old, and she was actually seeing for the first time.”

We’ve got similar sorts of situations with kids and their smiles afterwards. Some of them look pretty cool in their frames too. They’re stepping out.”

What is more rare, but has occurred during their six years con-ducting screenings in Mexico, is sending some children on to see specialists for possible corrective surgery. In particular, Dr. Natividad Beltran of CLINICA San Angel has provided her services in this regard. “This past year, out of the scans that we did, two of them indicated some kind of neurological issues,” Don said.

The Salt Spring Lions Club is currently twinned with Club de Leones Santiago, so collaboration with the Manzanillo area vision program is easily facilitated. “That’s actually what, over the years I’ve learned, is that’s the Lions spirit and they are very connected internationally,” Bobbi said. The Lions motto is “We Serve,” or “Nosotros Servimos” in Spanish.

If anyone has used reading glasses they would like to donate, they can drop them at the Lions’ vendor table at the monthly ladies’ luncheon at the Oasis. As well, Don Clifford can be reached at dadeo357@gmail.com if you are interested in fund-raising efforts towards the purchase of a vision scanner for the Club de Leones Santiago.

Visit the Santiago group on Facebook and the Lions Club of Salt Spring Island at this link. 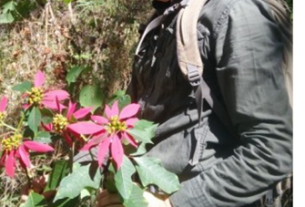 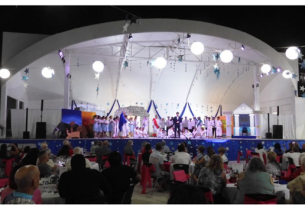 Good Deeds – A Christmas Night Under the Stars at CALA 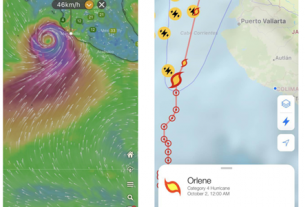