By Patty Clarkson from the April 2010 Edition

“Let’s Chat….. Welcome! Let me introduce you to Philip and Sharon Chandler, Duke and Kai. Duke ~ A Giant Schnauzer and Kai ~ A Chinese Shar-Pei (or as Philip affectingly calls him ~ “Bucket Head”)… 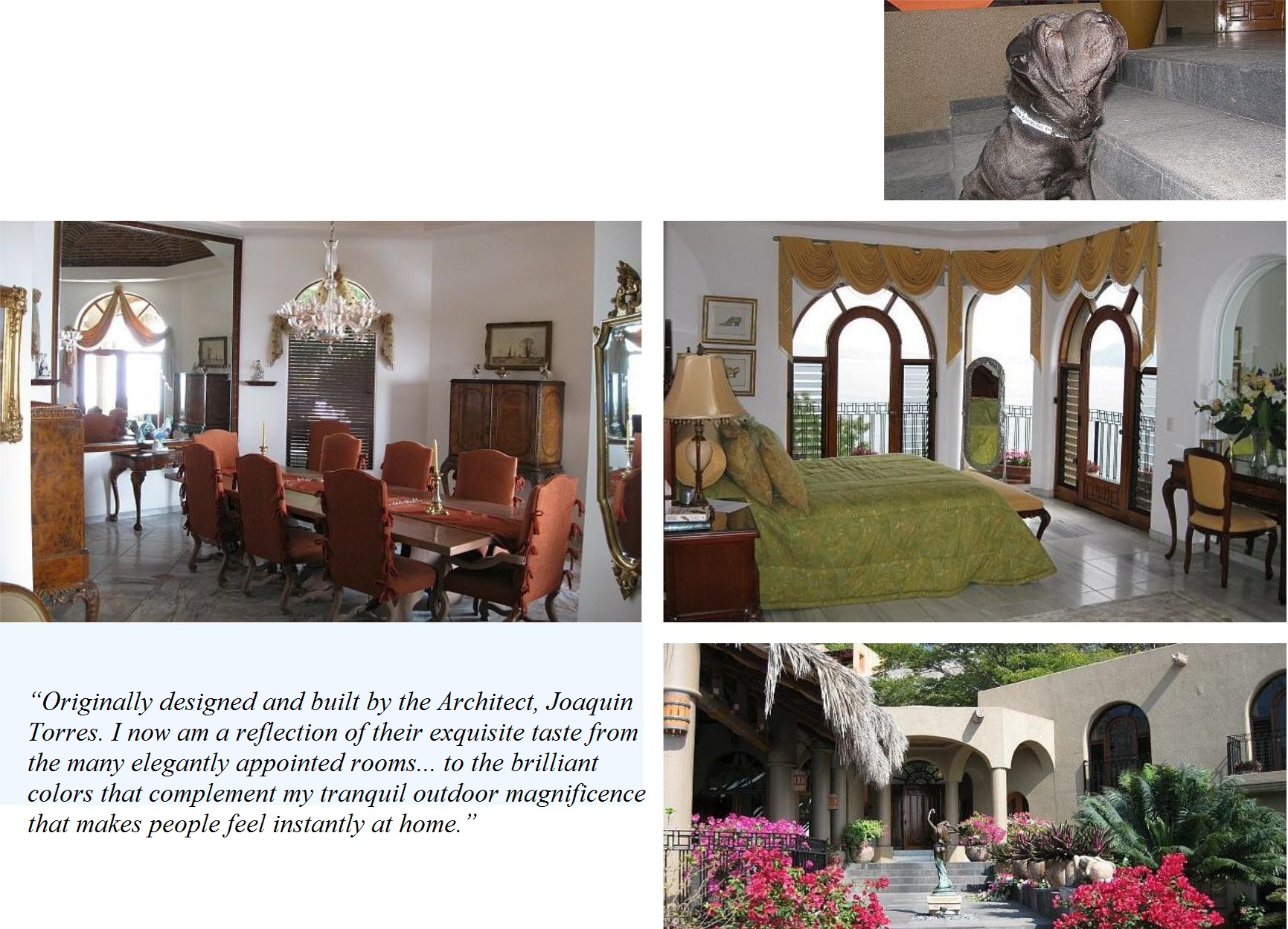 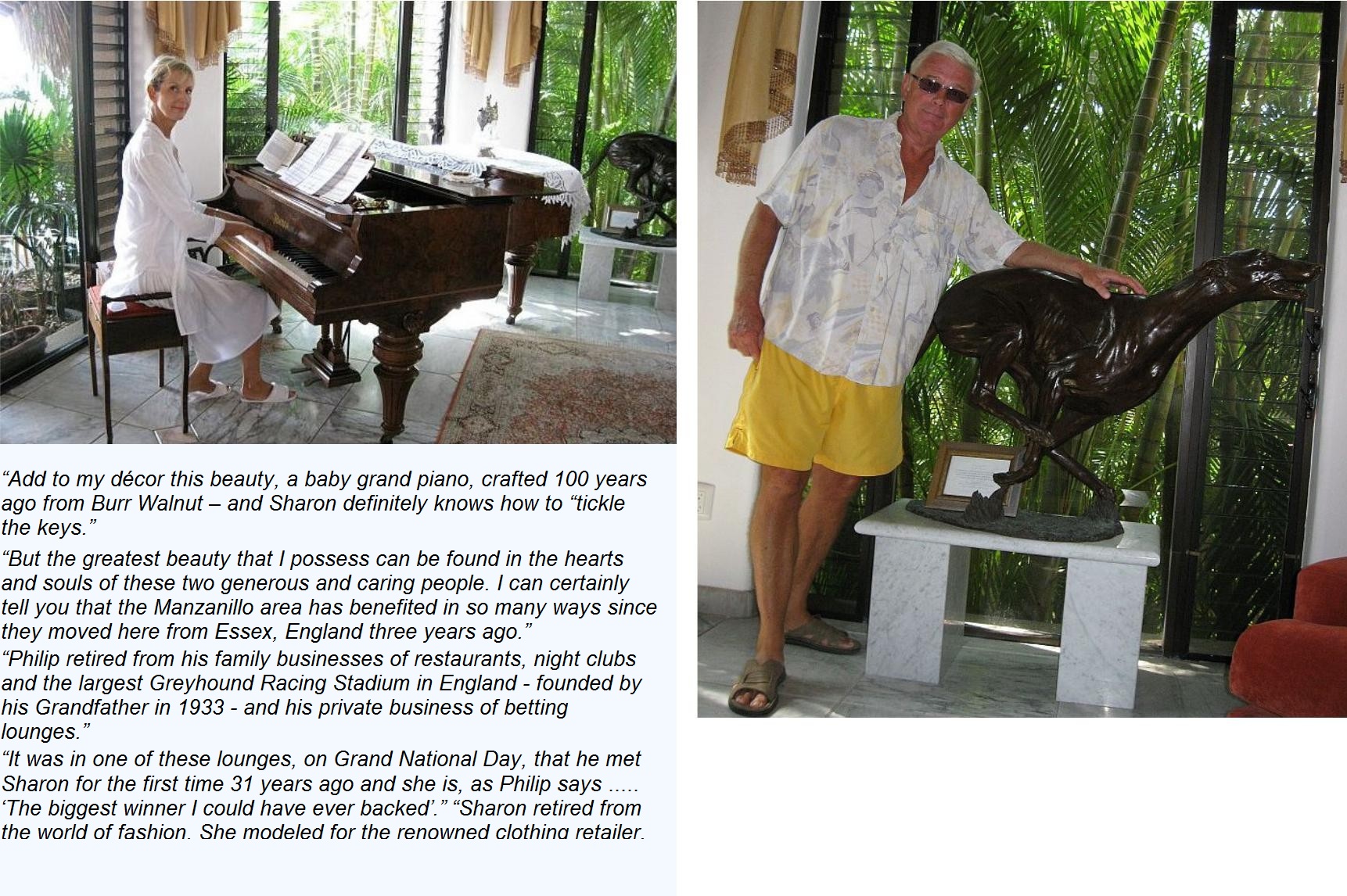 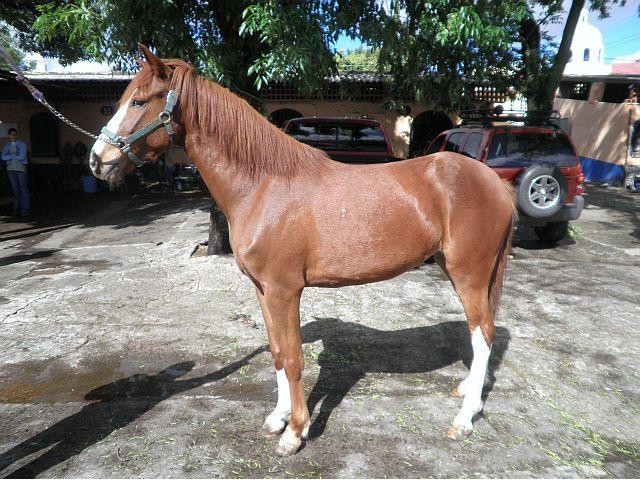 “And, of course, there is Katrina, the horse they found in December 2008. This incredible story underlines not only caring but the long term commitment of, I am proud to say, my owners. When they found Katrina she had been bitten by a snake and the owner had simply left her penned up with no food or water. The Chandlers contacted Dr .Rueben, a veterinarian from Guadalajara, and with his help she was transported to his animal hospital and received an operation, medications and care that saved her life. There she spent the next year convalescing. Many times during that year, Philip and Sharon would make the drive to Guadalajara to spend an hour or so with Katrina. But more than just feeding her carrots and apples they gave her love, encouragement and support. They would then come home to me in La Punta.”

“I am delighted to report that Katrina now has a wonderful home with a family whose two daughters who dolt on her and there is a gelding in residence as well. Beyond that Dr.Rueben volunteered to breed, the now four year old Katrina with a stallion.”

“From hors d’oeuvres and scrumptious dinners that Sharon loves to prepare to all of the animals and people that they have helped and saved, my Chandlers are a beautiful couple to their very core.”

Our Twisted Way Of Speaking – IV