By Dan and Lisa Goy  from the July 2018 Edition

Leaving the Cenote Suytun Resort, we headed directly east on Hwy 180 (libre) to Cancún. This was a short drive, only 50 km/30 miles. On our way, we came across an excellent drive-through propane station for the RVs and filled up. Our destination was the Trailer Park Mecoloco, really the only choice that is near Cancún. This campground is located along the ocean roadway. The beach, such as it is, is across the street. Mecoloco is ideal for those that want to visit Isla Mujeres as the ferry terminals are located on either side (Punta Juarez and Punta Sam).

Mecoloco is a large campground with lots of room for RVs, almost 100 spaces plus cabins. Interesting that the campground was situated on an archeological site and next door was a smaller Mayan pyramid. The pool was concrete and tile, but above ground. It was clear this area could be subject to flood-ing during hurricane season.

Mecoloco was very reasonable at $200 pesos ($10 USD) per day and over the next four days we were busy. On our arrival, it was hot and humid, which was not so good for sleeping, but better for drinking cold beverages. That did not last long and, soon, we had clouds, rain and highs in the mid-20s °c/70s °f.

After getting our laundry sorted out down the street (12 pesos per kilo), we headed out for an excursion to the Hotel Zone lo-cated on a strip of land (originally an island with 3 residents), ocean on one side, large lagoon (yes full of crocodiles) on the other. Although the land is well developed with hotel resorts, upscale condos and tourist traps, there is access to the beach for the public. Our drive through the hotel zone included a stop at the tourist market with very intense vendors, lunch at a taco stand and a visit to a grocery store. Happily, Dan was suc-cessful in getting a bumper sticker and a tank top at a reasonable price.

Our remaining time was spent in the actual city of Cancún which sprung up in the mid-70s to support the tourist zone. Our visit included a regular market area, was much more re-laxed, had better prices and no pushy sales people. We had lunch, looked around, some did some banking and made a few purchases. Closer to the campground, we found an agua purificada (water station) to refill all our empty bottles. Rafael and Anita were also in need of a dentist that was just down the road. How handy was that, eh? In the meantime, we did man-age to have a couple of Happy Hours, not that we needed any special event to make us happy. Lounging in the tropics usually manages to accomplish that in early February all by itself. For those that returned to town the second time, the shopping was much more focused, Lisa on fabric for an ongoing project, Kelly for wine and water, others on other items. Later in the after-noon most headed over to Isla Mujeres for the afternoon for a look around.

Our final evening at the campground (Saturday night) saw a couple of parties in the Cabanas and a Mayan Ceremony in the sweat lodge right next to Mike and Kelly’s trailer that started at about sunset and ended approximately at sunrise. Many in our group can still hear the drumming 24 hours later. We are glad we made time in our schedule to visit Cancún though not sure we will ever return. As a tourist central destination supported by a modern Mexican town, there are many other destinations in Mexico we find more attractive.

There are actually two (2) Cancúns. Mexico tourism through FONATUR (National Fund for Tourism Development) started the tourist Cancún in the early 1970s and, soon after, the city of Cancún, to support the tourist zone. The city is located on the Caribbean Sea and is one of the easternmost points in Mexico.

Cancún is located just north of Mexico’s Caribbean coast resort band known as the Riviera Maya. Today, Ciudad Cancún has over 500,000 people and the Hotel Zone connected at both ends can accommodate more than 100,000 occupants on any day. When development was started on January 23, 1970, Isla Cancún had only three residents, caretakers of the coconut plantation of Don José de Jesús Lima Gutiérrez, who lived on Isla Mujeres, and there were only 117 people living in nearby Puerto Juárez, a fishing village and military base.

Due to the reluctance of investors to bet on an unknown area, the Mexican government had to finance the first nine hotels. The first hotel financed was the Hyatt Cancún Caribe, but the first hotel actually built was the Playa Blanca, which later became a Blue Bay hotel, and is now Temptation Resort. At the time, it was an elite destination, famous for its virgin white sand beaches. The city began as a tourism project in 1974, as an Integrally Planned Center, a pioneer of FONATUR (Fondo Nacion-al de Fomento al Turismo, National Fund for Tourism Development), formerly known as INFRATUR. Since then, it has undergone a comprehensive transformation, from being a fisherman’s island surrounded by virgin forest and undiscovered shores, to being one of the two most well known Mexican resorts, along with Acapulco. The World Tourism Organization (WTO), through its foundation UNWTO Themis, awarded the Best of the Best award “for excellence and good governance” to the Trust for Tourism Promotion of Cancún on February 3, 2007. With this award, Cancún ensured the ongoing support of the Department of Education and Knowledge Management of the WTO (World Trade Organization).

Most ‘Cancunenses’ are from Yucatán and other Mexican states. A growing number are from the rest of the Americas and Europe. The municipal authorities have struggled to provide public services for the constant influx of people, as well as limiting squatters and irregular developments, which now occupy an estimated ten to fifteen percent of the mainland area on the fringes of the city. In the 21st century, Cancún had largely avoided the bloodshed associated with the trade of illegal drugs, although it is known for its retail drug sales to tourists as well as for being a center of money laundering. The links with Cancún date from the 1990s and early 2000s, when the area was controlled by the Juárez and Gulf drug cartels. In recent years, Los Zetas, a group that broke away from the Gulf Cartel, has taken control of many smuggling routes through the Yucatán, according to the US Drug Enforcement Administration.

U-shaped and culdesacs, insulate housing from the noise and congestion of the main flow of traffic. Mainland Cancún has a central market that resembles an outlet mall, colorful buildings on a pedestrian city block.

There are some small Mayan vestiges of the pre-Columbian Maya civilization in Cancún. El Rey (Las Ruinas del Rey) is locat-ed in the Hotel Zone. El Meco, a more substantial site, is found on the mainland just outside the city limits on the road north to Punta Sam (near the campground). Close by in the Riviera

Maya and the Grand Costa Maya, there are sites such as Cobá and Muyil (Riviera) the small Polé (now Xcaret), and Kohunlich, Kinichná, Dzibanché, Oxtankah, Tulum, and Chacchoben, in the south of the state. Chichén Itzá is in the neighboring state of Yucatán.

Thanks to the Yucatán current continually bringing warm water from farther south, the sea temperature is always very warm, with lows of 79°F (26°C) in winter and highs of 84°F (29°C) in summer. The tropical storm season lasts from May to December. The rainy season extends into January with peak precipitation in September. February to early May tend to be drier with only occasional scattered showers.

Cancún is located in one of the main Caribbean hurricane im-pact areas. Although large hurricanes are rare, they have struck near to Cancún in recent years, Hurricane Wilma in 2005 being the largest. Hurricane Gilbert made a devastating direct hit on Cancún in September 1988 and the tourist hotels needed to be rebuilt. In both cases, federal, state and municipal authorities were well prepared to deal with most of the effects on tourists and local residents. Hurricane Dean in 2007 also made its mark on the city of Cancún.

In October 21, 2005, Hurricane Wilma made landfall on Mexico’s Yucatán Peninsula as a powerful Category 4 hurricane, with strong winds in excess of 150 mph (240 km/h). The hurricane’s eye first passed over the island of Cozumel, and then made an official landfall near Playa del Carmen in the state of Quintana Roo at around midnight on October 22 EDT, with winds near 140 mph (230 km/h). Portions of the island of Cozumel experienced the calm eye of Wilma for several hours with some blue skies and sunshine visible at times. The eye slowly drifted northward, with the center passing just to the west of Cancún, Quintana Roo.

Two years later, in 2007, Hurricane Dean made landfall as a Category 5 storm in Majahual, 190 miles (310 km) to the south of Cancún. Fierce winds at the edge of Dean’s impact cone stripped sand off 7.5 miles (12.1 km) of beaches from Punta Cancún (Camino Real Hotel) to Punta Nizuc (Club Med). The authorities asked tourism operators to suspend sending tourists to Cancún while Hurricane Dean was approaching, but did ask airlines to send empty planes, which were then used to evacuate tourists already there.

1988’s Hurricane Gilbert was the second most intense hurricane ever observed in the Atlantic basin. It landed on the Yucatán peninsula after crossing over the island of Cozumel. In the Cancún region, a loss of $87 million (1989, USD) due to a decline in tourism, was estimated for the months October, November and December in 1988.

The Emergence of Emerging Markets 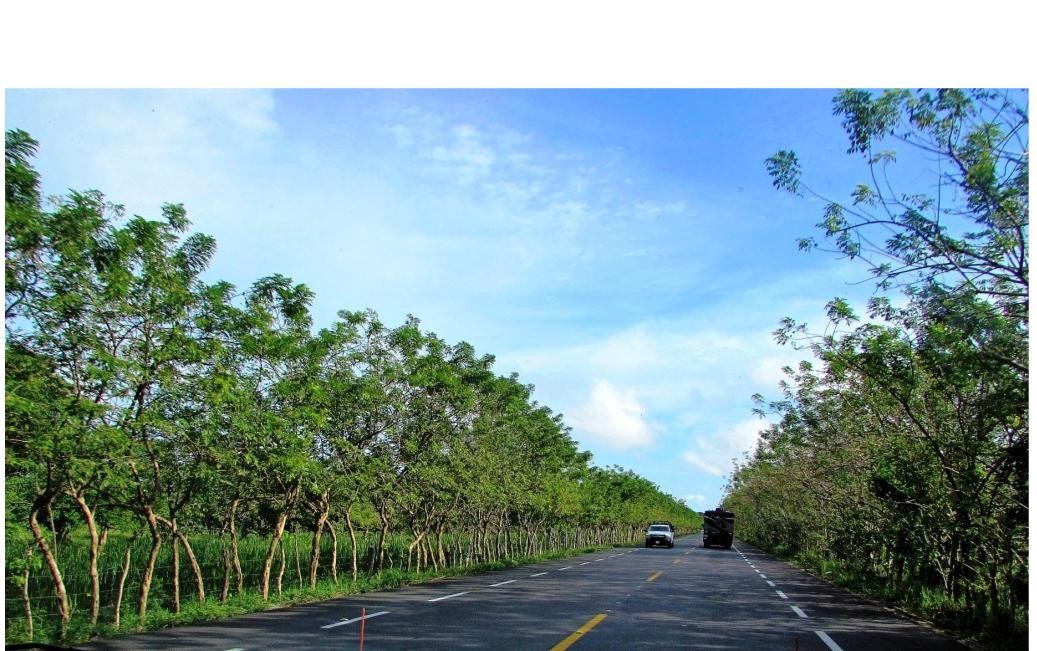