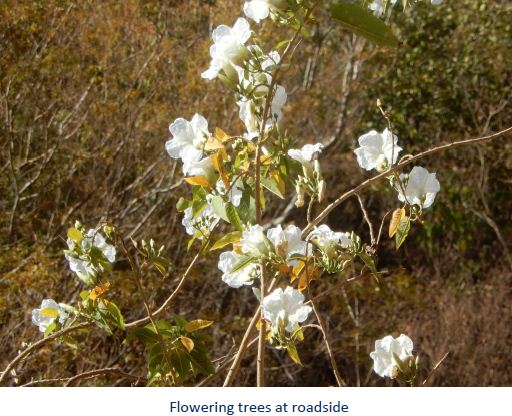 By John Chalmers from the February 2017 Edition

A fine way to enjoy the Manzanillo area is to join friends for a good hike! Besides the camaraderie, 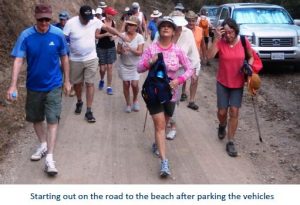 sunshine and warm weather, hikes provide good exercise to help you keep fit during your sojourn in Mexico. Several roads and trails reward hikers with vistas and views of scenery not seen from the main roads. One such route is a rural road that leads to seaside for a splendid view of the white rock, Peña Blanca, a little north of Manzanillo, just offshore from an endless beach of golden sand.

Turning off Highway 200, just a minute past the village of La Central, we drove towards the west coast for a kilometer or two to park the vehicles in which 24 of us arrived on a fine morning to start our trek. The winding road leads downward on a slope to flat land as the beach is approached. Jungle, palms, and flowering trees line the route. At one point we left the road to walk a path apparently used by ATV riders, going past palms and giant trees so tall and thick that the sun barely peeks through fronds and branches. 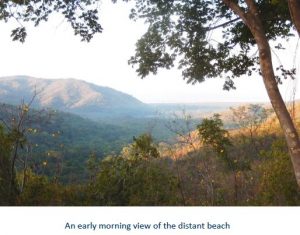 Birds are seen in some places. Our hike passed a great egret, a yellow-crowned night heron, ducks and other water birds that could be seen in wetlands near the end of the route. Close to them, several vultures perched on fence posts while watching our passing parade.

From there, we crossed sandy soil with scattered vegetation and strange cactus growth that added to the interest of the landscape. Our ultimate reward was a fine view of the great white rock, Peña Blanca. Standing on the beach, we had a sea level view of the rock familiar to us from above when flying in to Manzanillo’s Playa de Oro International Airport.

As the huge roller waves came to shore and crashed in their final approach to the beach, we marvelled at

the sight of the tireless sea and recorded the view with our cameras. While we walked the beach to rejoin the return road back, tiny crabs scurried to shelter in the sand. 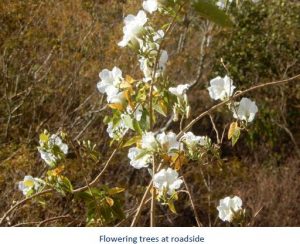 After covering 14 kilometers by the time we returned to our vehicles, and some three hours after starting, our final reward was an ice cold cerveza as we planned our next hike. 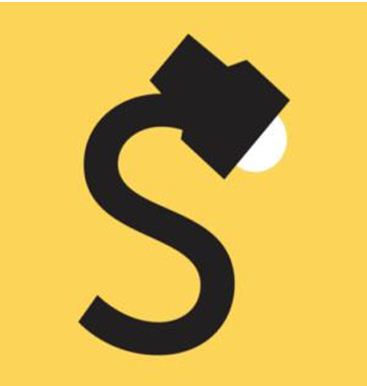