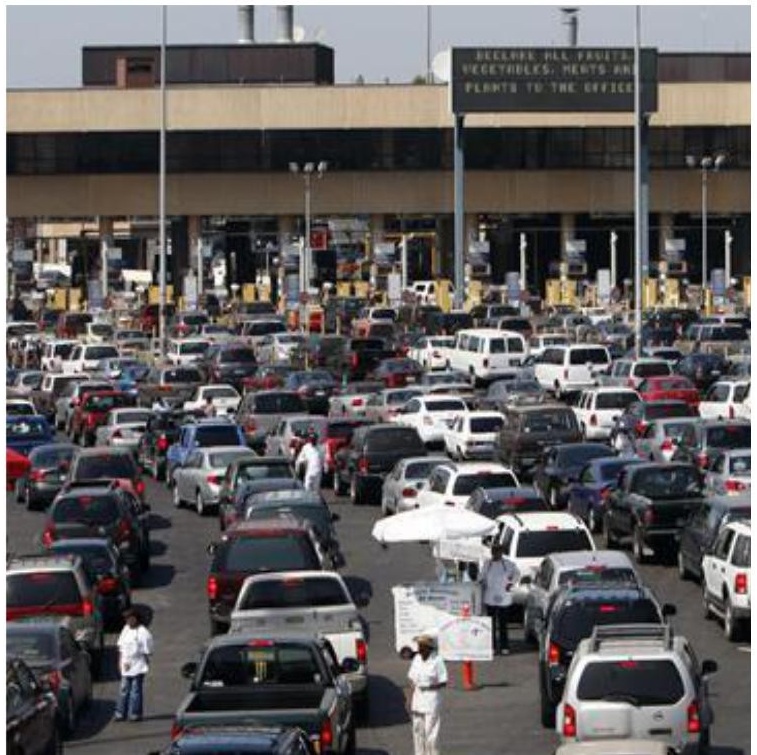 Approaching the border we took the truck route #189 as we always do. We had two vehicles and parked them in the secured area outside the immigration offices and approached the Copy Booth. It is located approximately 26 kilometers shy of the actual border.

We had copies made of our driver’s licenses, our Permanente Residente cards, our Canadian Passports and car registrations. We were then directed into the office to the left of the Copy Booth. There was only one officer in there. We went up to him and he asked us what we intended to do.

We said we were importing our two vehicles and showed him our paperwork. When he saw our Residente Permanente cards he said we cannot import the vehicles because we have a Permanente Residente card. When we told him we intended to import them and pay the duty on both of them, he said, “Oh let’s call in the Aduana.”

When she arrived she took over and called an agency she trusted and they sent over their ASSOCIATE. He had us follow him to their office in Centro Nogales. We met with his Jefe and staff and the paperwork started to flow. Larry left with the assistant to gather the money required for the duty, which included their fees. They went to four banks downtown because of the maximum that can be drawn from each bank (Besides, who travels with that much cash?).

It has to be in either US or Mexican currency. The amount varies due to the condition, year of vehicle, etc. My 1996 Lincoln Continental was $990.00 USD which included the broker fees Larry’s 2003 Ford Excursion (which is diesel and that increases the amount) was $1500.00 USD including the broker fees.

When Larry and the assistant came back to the office all the necessary papers were completed and the money was paid with an official receipt issued. The assistant then drove with us back from the border into the secured yard at the immigration compound where we had to unload everything out of both vehicles. I waited with our stuff while Larry and the assistant drove the two vehicles to the border again where the cars were examined, photographed, checked, and had a sticker put on the windshield. An additional payment of $790 NMX per vehicle was made there. Then they all came back to the area where I was waiting and re-loaded all our stuff. All three of us drove back to the border yet again. The Aduana was pleased to see that all the papers were in order and pointed to where we had to drive our vehicles to get the special final stamp. This is a very important stamp because it tells the exact time and date the vehicles entered the country. Martin (the assistant) was picked up by his Jefe and we continued on our way to the nearest motel. 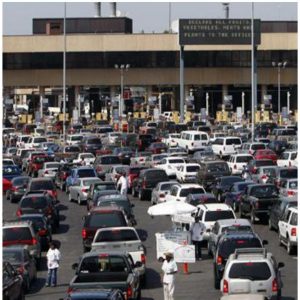 At our final destination (Manzanillo) we are go to the Registration Office at the police station in the Valle to apply for our Colima plates. This has to be done within 15 days of entering the country with the vehicles.

Now the vehicles are officially Mexican.

Agency information for Nationalization and Importation can be obtained by e-mailing your request to the editor of the Manzanillo Sun. We will be happy to send you all the information we have.

Over the past few months there have been many questions raised concerning the now required importation and nationalization of foreign cars. Previously vehicles had been allowed in the country under a bond which recently has been changed to coincide with the new immigration laws.

Many people fear having to travel northwards to do the required paperwork and are unsure of what other means of nationalizing their cars are available. Here may well be an option but be warned it is very complicated although we have tried to simplify explanations where possible.