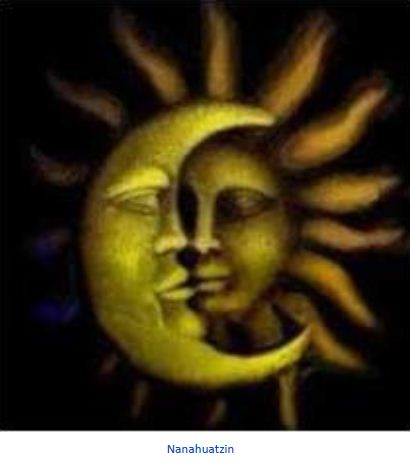 By Kirby Vickery from the March 2017 Edition

The Aztec mythological ‘Beginning’ fables are one of the most complete sets of stories in the world. 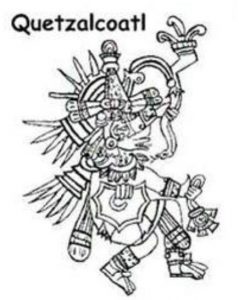 Mythologically, they tied everything back to being a gift of the gods. Even though there are some very good socialistic reasons for this, it is still fun to run back into other theologies to isolate and exemplify the reasons. Let me cite an example.

In Aztec Mythology, it was the gods that gave man sustenance or food. In the Creation Story of the Fifth World where humans are finally created, the Aztec gods were noticing that these good people where growing weaker every day and something needed to be done to have them be able to replenish their strength.

In Greek Mythology, Hestia was the goddess of the hearth and of staple food. She was the daughter of Chronos and Rhea and, as such, she was one of the 1st order of gods. However, the only food that was given to man was Ambrosia. This mythylogical plant bestowed longevity on the eater, had nothing to do with America’s Ambrosia salad made with whipped cream, coconuts, orange slices and/or creamed cheese. In any case, Ambrosia is not the staple presented to man in the Aztec myth. Actually, in today’s world, Ambrosia is another name for the ragweed plant. 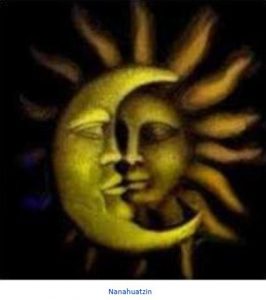 The Romans assigned their god, Mars, as the god of war and the guardian of agriculture. Apparently, in the early days, most of the men were farmers and soldiers depending upon the time of year. Their year began in March, which signaled the switch from the harvest to the marching and killing times. Again, neither fable tells of anyone’s god giving the gift of food to man.

There is a people on Seram (or Ceram) Island in Indonesia (Molucca Islands) who have a belief that there once was a maiden named Hainuwele whose murdered corpse sprouted into the people’s staple food crops. Other references tell that all plant and animal life sprang from her sacrificed body. It is a myth but she wasn’t a god.

The Aztec myth tells of the gods becoming increasingly worried about the health of their creation, man. They were such fragile little beings. As the story goes, several of these gods set out to comb the area to find something for mankind so they would wither away after all the work that had gone into them to get them right in the 5th place. One of the more resourceful gods, Quetzalcoatl, the god of the winds was one in this searching group. After searching for several days, he had sat down on a small rock to rest when he noticed a small red ant carrying a kernel of maize.

He asked the ant where she had gotten the kernel but she wouldn’t tell him and after a while continued on her journey leaving Quetzalcoatl sitting there, on his rock. 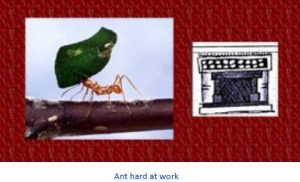 When she was out of sight, he got up and started to track her down the path so that she didn’t know he was doing that. After quite a bit of time, he followed her to the base of a large mountain. He noted that her tracks led up and into a large crack in the rock not very far from the mountain base and he continued to follow them. After a while, the tracks disappeared into the mountain while following that crack. And still, he fol-lowed until it got too small for him to go.

Then he turned himself into another little red ant and continued his quest. It wasn’t too long when the crack opened up into a very large cavern. Quetzalcoatl was totally astounded by what he saw. There, in front of him, were mountains and mountains of grain of all kinds. There was maize and all sorts of seeds. He quickly gathered up samples of every kind of seed and grain he could carry and turned around to head out of the cavern. He carried them all back to where the other gods were and passed them out for inspection. Everybody got really ex-cited because they all agreed that these things were exactly the right things to become man’s staple food source.

It was decreed that Quetzalcoatl should go back to that mountain and gather all the foods that were there and give them to the men and their families so that they could grow and pros-per. He returned to the mountain but, try as he might, he couldn’t open those massive rock doors to the chamber to get anything out. He was about to give up when he discovered he just wasn’t strong enough when Nanahuatzin, the sun god came by and saved the day. You see, as the god of the sun, he was not only much more powerful than Quetzacoatl, he also had certain tricks he could perform which our god of the wind didn’t have dealing with heat and the sun’s energy.

He assumed a position of strength then created a lightning bolt which he directed at the opening to the cavern. That light-ning bolt simply blew that cave wide open and they both helped themselves to all the billions and billions of seeds and grains that were being held inside, only to give them to man so they would continue to grow and prosper for the rest of the days of the Fifth World.

Because of this action taken by the Aztec gods, and therefore the humans they had all the food they ever needed and, be-cause it was a gift from the gods, it was deemed only fair that the gods got their payback from mankind. A Mexican scholar, Guilhem Olivier (Guilhem Olivier, Universidad Nacional Autónoma de México, Faculty Member) says that a sort of grand bargain developed between humanity and the divine.

He explains: The gods provide humans with life, sustenance, and cultural benefits, in exchange for prayers, songs, offerings, and sacrifices. This central dependence on divine beings translated into expressions of devotion on the part of the indigenous population that left the Spanish friars in utter awe. Clearly, the ancient Mexicans gave frequent expression to a profound veneration of their gods. 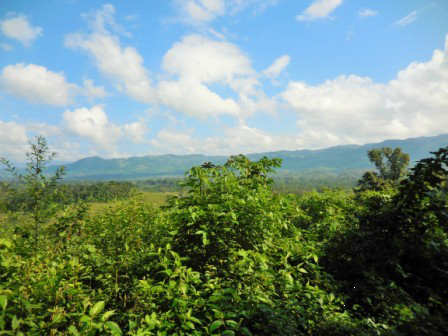