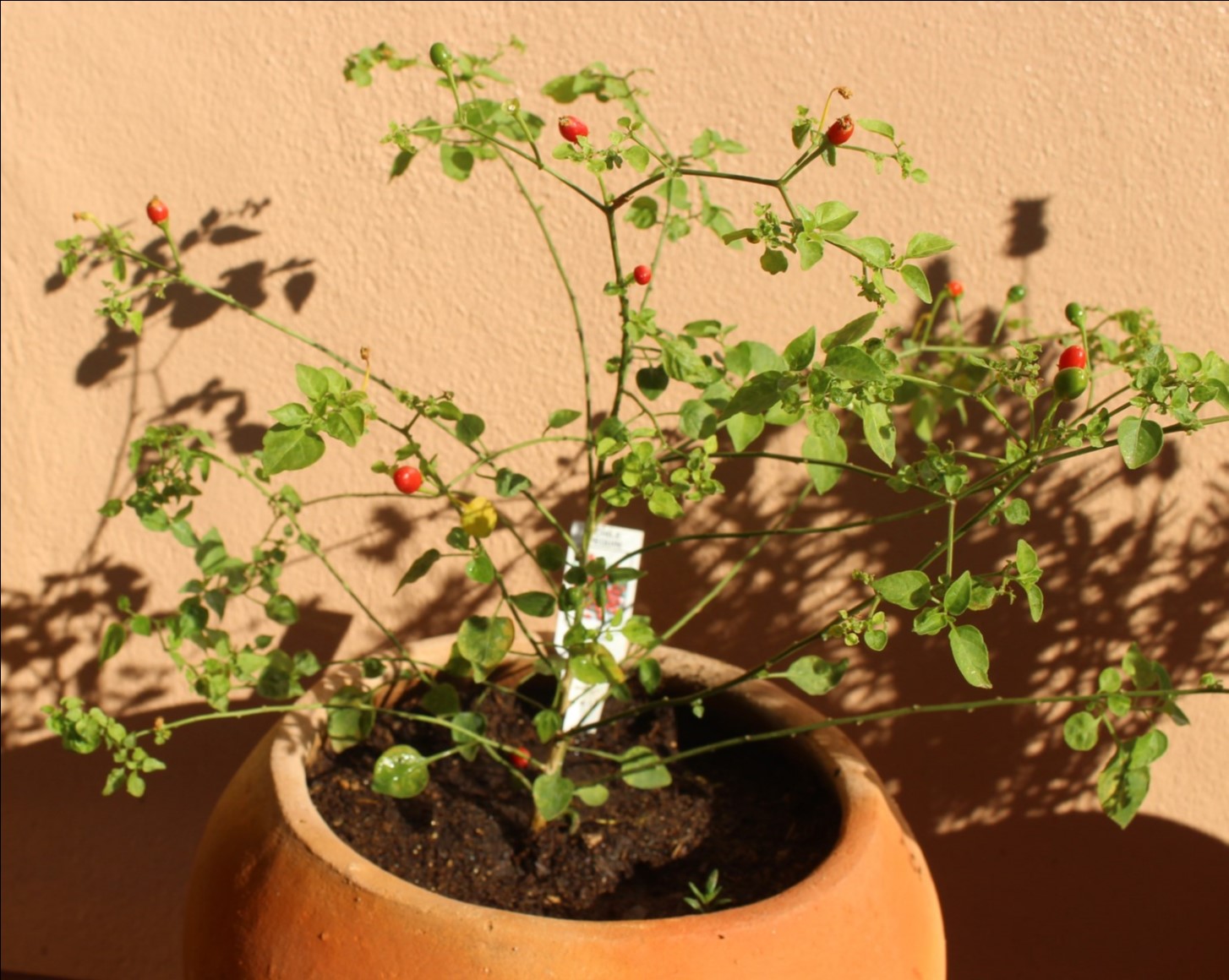 By Tommy Clarkson on the May 2019 Edition

Often asked of me is “OK Tommy, how hot are these to eat?” Endeavoring to keep it all in perspective on the Scoville scale at 30,000 to 60,000 Units they’re around five to eight times hotter than jalapeños. Their flavor is sometimes described as citrusy, smoky (this said, if they are dried with wood smoke), and nutty . . . others just simplify this effect on one’s tongue by stating “pretty durned hot”!

The second inquiry is often that of their origin. Some believe it to be the “mother of all peppers.” Naturally, it grows in South America, Latin America, and the southern United States.

Spread by wild birds, its tiny fruit measures only one-half to three-quarters of an inch (12.7 -19.05 mm) in length. As the fruit matures, it changes from green to bright red in color and is sometimes confused with the Chile Petin, which is similar in appearance, but a wholly different pepper.

Being both cold and heat tolerant, with moderate watering needs, its ability to grow in locales of both partial to filtered sun (though it just might have a bit of preference for the former), and a flexibility to thrive in soil ranging from heavy clay to sandy loam, this is not a difficult plant to enjoy, both visually, as well as culinarily!

In point of fact, the Chile Petin is an often sought after perennial, hot pepper that is as on writer observed –“well behaved”! (A’hhhh, if only that expression had ever been used to describe me!) It’s an easy-to-grow favorite and, atop this, those wild birds, as well, generally appreciate them for their hot, edible offerings. Beyond these applications, they are quite attractive when used in mass plantings.

As regards the genus Capsicum, Muhammad Nadeem, Faqir Muhammad Anjum, Moazzam Rafiq Khan, Muhammad Saeed and Asad Riaz of the National Institute of Food Science and Technology, University of Agriculture of the Faisalabad-Pakistan, wrote “Capsicum (had its start with) the beginning of civilization (being) a part of (the) human diet since 7500 BC.

It was the ancient . . . peoples who took the wild Chili Piquin that other name by which they are known -and (ultimately cultivarized them into) the many various types (of peppers) known today. Native Americans (grew these) plants between 5200 and 3400 BC (placing) chilies among the oldest cultivated crops of the Americas (meaning that) the genus Capsicum (is) one of the first plants being cultivated in the New World (along with) with beans.

Now, to further encapsulate several tidbits of information regarding the Chile Petin, Paul W. Bosland, and Jaime Iglesias, of the Department of Agronomy and Horticulture at New Mexico State University have written that the name “Chile piquin” is probably derived from the Spanish words chile (pepper) and pequeño (small). . . (with its) fruit (being) oblong. . .Wild (ones are) found (ranging) from the southwestern United States (Arizona and Texas) to the Andes in South America. (Their) most commercial production occurs outside the United States, primarily in Mexico (with them also being grown in the) wild in the Mexican mountains, (where they are) collected and sold commercially. (They are) not grown commercially in the United States because of high costs associated with hand-harvesting.

But, let’s move on to a bit more of the practical, “hands on and root in the dirt” sort of information we lay gardeners might seek. Taking care of them is as simple as “one, two three”

Once sprouted, water your Chile Petin regularly perhaps one to two inches (25.4 –50.8 mm) every week;  2 Apply one to two inches (for metric numbers, see preceding phrase!) of mulch/compost atop the soil and;   3 -Fertilize lightly, perhaps four and eight weeks after your Capsicum annuums have happily ensconced themselves with their location. 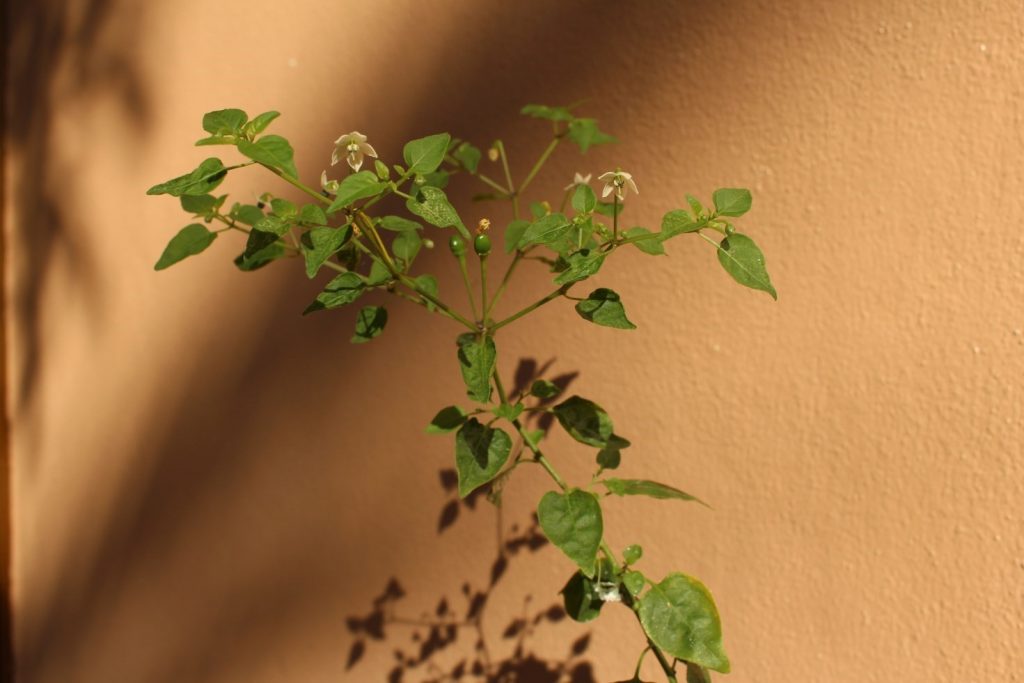 Depending upon the writer, and their experience with this pepper, some state that they grow from one to two feet tall (2.54 –5.08 cm), while others assert that they reach five to six feet (1.52 –1.83 meters) in height. My most mature one is slightly over forty inches (101.6 cm). At the front end of this growth process, perhaps the best manner of propagation is via its seeds. To so do, completely dry the ripened fruits in a cool dry area and, after breaking out the fresh seeds, store in a dry, refrigerated setting until ready to plant.